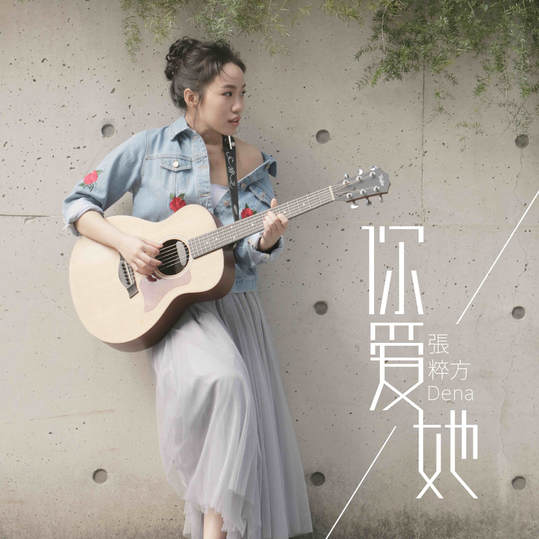 Prominent Folk-pop Taiwanese YouTuber and singer-songwriter Dena Chang張粹方 released her first original single ‘You Love Her’ on the 16th of March, marking her return to her musical roots.

While in recent years, the enthusiastic beauty has become well-known for her YouTube content which focuses on life as an international student overseas, her experience with learning English, and various other makeup and beauty content, the 24 year-old has always had music on her mind.

The sweet singer-songwriter, who first caught public attention with her YouTube covers when she was in high school has accumulated a large following of over 150K subscribers across all her platforms, and shared that she is particularly nervous about the release of this single and its reception by fans.

“There have been a lot of friends who have supported me throughout my journey and they’ve waited so long…I really don’t want them to be disappointed! I feel like I MUST create a work that I am proud of, if not it’ll not be fair to them either! I’m unsure if everyone will like the single…but I really really hope they will!”

The single ‘You Love Her’, composed by Dena herself tells the story of a romance that one can’t bear to let go. Although one has put a lot of effort and energy into breaking things off, upon meeting again, these feelings will inevitably return, making one wonder whether it was the right decision.

With lyrics composed by veteran lyricist Li Yan Xiu, Dena’s original English version of the song titled ‘Shouldn’t Be Missing’ also has an acoustic version available on her YouTube. Yet upon reading the Chinese lyrics, the bubbly singer recalled a different experience, of having feelings for a senior in her school, yet always having to hold these feelings back as he had a steady girlfriend.

From learning the piano when she was seven to most recently studying at the acclaimed Berklee School of Music, Dena’s journey has very much been centred on her passion for creating music. Gaining confidence in her uniquely sweet and layered vocals when she participated in the school choir when she was 12, she began learning the guitar at 13 after being influenced by her love of Michelle Branch, and at 15, having been inspired by Taylor Swift, wrote her first song.

In 2014, during her last year of university, Chang attended Berklee’s summer course and due to her results, was awarded a scholarship for her prowess in songwriting. In 2015, she decided to pursue her dreams full-on and studied for a year at Berklee, before returning to Taiwan to begin working on releasing her original works.
​
The single is now available on all major streaming platforms, including KKBOX, Spotify and iTunes. Links below: