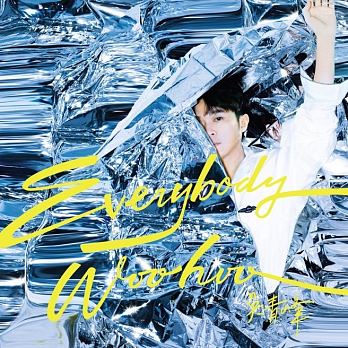 Sodagreen frontman and singer-songwriter extraordinaire Wu Qing Feng has taken advantage of the band’s hiatus, starting his own production studio and releasing his first ever solo single called ‘Everybody Woohoo‘.

The single incorporates some of the signature songwriting qualities that have featured so prominently in Sodagreen’s works; namely the creation of an atmosphere that is both passionate and full of murky mystique.

However, at the same time Qing Feng has incorporated many fresh elements into this new single of his, which he hand picked from 15 choices for his first EP of the same title.

What came out of the songwriting and arrangement process which Qing Feng  handled from start to finish was ‘Everybody Woohoo’, a retro disco-style single which brings you back to the 1970s but adds a special touch lent by Qing Feng’s clear vocals full of abandon.

‘Everybody Woohoo’ also featured up-and-coming Jazz/R&B singer and indie darling 9m88, who is a perfect fit for the song given her penchant for retro visuals and music, as well as her sweet and dulcet pipes.

Initially, the idea to collaborate came from a day in the studio where Qing Feng brought up 9m88’s music to his producer Will Lin. His team thought she was a perfect match, and thus brought her on to add yet another layer of intrigue to this new track.

Qing Feng’s EP includes 3 remix versions of the song as well as the original, done by the likes of Dizparity and Oberka. These tracks are not available anywhere online, but are included with the purchase of the physical EP.

‘Everybody Woohoo’ is now available on all major streaming platforms and is available for ordering on Books.Tw.