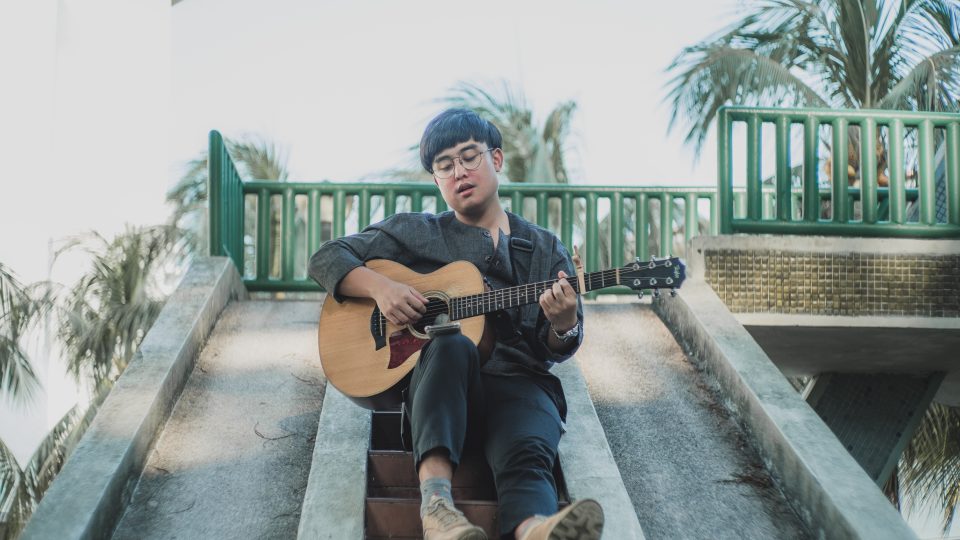 While often known by others to be an outgoing and bubbly individual from his busking days, Jarvis sheds this persona on his melancholy second single which starts off as a lo-fi bedroom pop ode; hazy with the blurriness of sleepless nights before transitioning into a soulful outcry of ambient guitars.

Inspired by the songwriting talents of Li Ronghao 李榮浩, Glen Hansard, John Mayer and Jason Mraz, their influences are clearly apparent on this heartfelt piece; from the melody to the arrangement, to Jarvis’ raspy vocals rich with emotion. Of their influence, Jarvis says:

“I got my roots from Glen Hansard, he has influenced me most as a singer-songwriter because I looked up to him so much since I started out as a busker and my aspirations as a folk musician. For John Mayer and Jason Mraz, they are such a legends to me because of the technical abilities they possess, even in writing they are masters in their own, I listened to them since young and have been doing so till today. For Li Rong Hao he represents a great example for me in Mandopop scene to be willing to push boundaries and be different, where it is okay to not do ballads.”

A song written during a sleepless night whilst getting over a relationship, Jarvis found himself in a dark place and decided to pen this song to release his outpouring of emotions. Yet in the process, he found ways to change his mindset to deal with the negativity, which he shares with us here:

“I think having healthy conversations with myself? The keyword here is healthy, no judgemental dialogues. There’s been a period of time that I struggled with my own mental health too but after getting help, I find that breaking down thoughts into bits and pieces and digesting them slowly really helps, I used to bash myself up for things that I did or I didn’t, however taking a step back I realised facts are too important to not look at and learned to give myself credit where credit is due.”

Although just starting out with two singles under his belt, Jarvis has a clear idea of what he hopes to achieve in his coming works. Namely, bringing his more western-influenced strain of Folk into the Mandopop genre.

“I am challenging myself to bring an organic yet different way of folk for people to be receptive since the Mandopop scene is still strongly centric with ballads.”

Coming from a different perspective and set of musical influences than most others at least on the local Singaporean scene, there is much promise in Jarvis’ heartfelt and memorable offerings.

Listen to Jarvis’ new single ‘No Love Left’ here, and be sure to follow him on Instagram for more new music, hopefully coming soon!