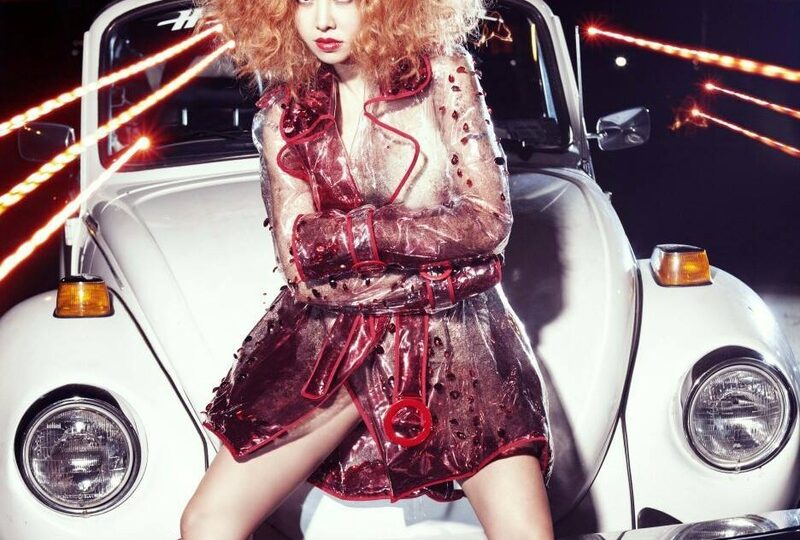 Jolin’s latest album has been released as of November 15th, and is titled ‘呸PLAY’. The return of Taiwan’s mandopop princess is a well-anticipated one, with a new, modern and innovative image to match!

Don’t forget to check out her humorous tongue-in-cheek music video for her first single <Phony Queen>(电话皇后) which is a startlingly realistic reflection on how attached people are to their phones these days.

In her second single which the album is named after, Jolin once against criticises society, and rocks the core of Taiwanese audiences’ identity, by questioning their attitude towards living in a way that entertains and forces us to think about society at large. Times’ magazine has even named it possibly the best music video of the year, well done Jolin!

olin’s third single <The Third Person> was written for her by Mandopop prince JJ Lin, who also worked with her previously on her last album Muse, writing ‘Mosaic‘, one of her hits for her! He continues the chart-topping trend by writing ‘The Third Person‘ for her, with the music video directed by Jolin herself!

Jolin herself has admitted her fascination with the greek goddess Medusa; with the hair that will turn one to stone if gazed upon by the human eye. Her fourth single ‘Medusa’ definitely is a show-stopper too!

Jolin and her crew are now in the process of filming (or perhaps have finished) filming her latest music video for a high-profile duet with J-pop superstar Namie Amuro. I hear that the song was written by Jolin herself, so keep your eyes peeled!