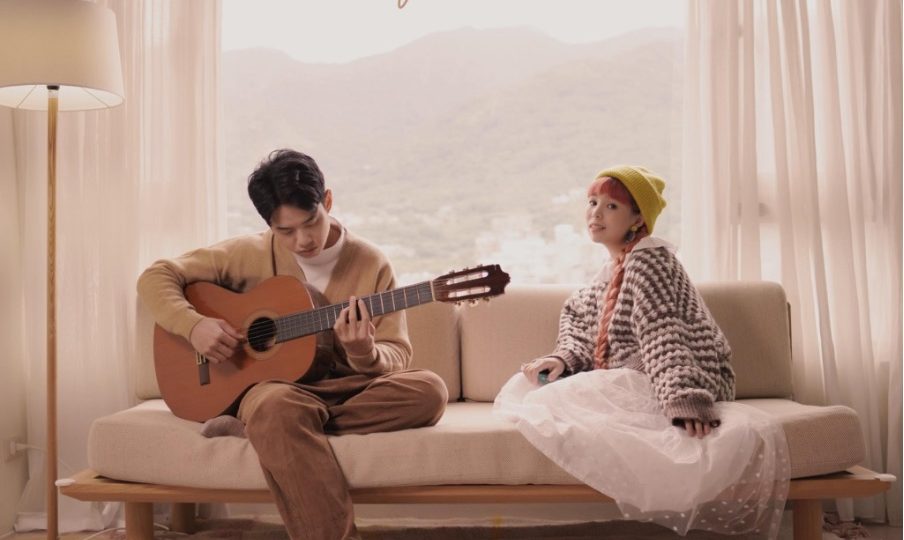 Two decades after the release of Peggy Hsu 許哲珮’s debut album “Balloon”, the pixie chanteuse welcomes her tenth album In My Place which is chock-full of beautiful acoustic versions of her past works.

This time, she’s teamed up with long-time collaborator and guitarist Eric Hsu to completely reimagine some of her most memorable works such as “Balloon氣球”, “Chocolate Kisses 巧克力之吻” and “Beautiful美好的”.

Centering the soundscape around the warm, calming vibrations of an acoustic guitar, Peggy invites us to celebrate her mystical yet beautiful musical journey and 20th anniversary with her.

From crackling embers on a winters’ day to a breezy day by the shoreline; from a forest in autumn to a rainy street, the singer-songwriter hopes that through this album, listeners can access the memories or places they wish to be transported to; be it a place from the past or future.

From previous works La Valse which had a ¾ time signature waltz theme to Swing Inc. which harboured electric swing influences, Hsu is known for her imaginative and musically thematic albums. So it’s refreshing to see her go back to the beginning with just an acoustic guitar on In My Place.

Featuring on this record is Peggy’s longtime guitarist and collaborator Eric Hsu. Over the course of the pandemic they grew closer due to Eric becoming her neighbour, allowing their chemistry and understanding to blossom even further.

Their longstanding chemistry and friendship even inspired Peggy to write Eric into a song on her 2015 album Swing Inc. called “While My Guitarist Gently Weeps”!

Check out some of Peggy’s most treasured works reimagined on In My Place and prepare to be whisked to another place of your choosing!

Listen to the album: