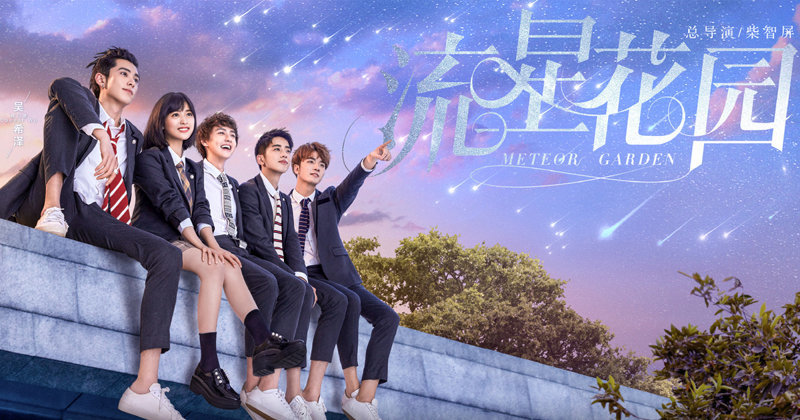 After 17 years since the original Meteor Garden first aired in Taiwan, the rebooted version of the iconic idol drama officially broadcast on July 9th, 2018.

Many had high hopes for this new series but after it’s initial episodes, several fans found the plot to be rather absurd and laughable compared to the previous version.

For instance, there is a scene where the male lead (Dao Ming Si) invites the female lead (Shan Cai) to his mansion to offer her an opportunity to be his girlfriend. He makes a pitch and lists the benefits that she would receive.
​​
In the previous version, the benefits included a large monthly allowance, a platinum visa card, and a personal chauffeur.

Meanwhile, in this new version, the benefits include gaming tokens, snacks, and drinks. Viewers thought this was ridiculous as those are things she is fully capable of buying herself.

Aside from that, viewers believe the overall plot of this current version is moving too fast. With iconic scenes like Hua Ze Lei (second male lead) doing a handstand already appearing and the “kiss scene” anticipated to appear much earlier than expected.

This has prompt a trend of reactions online, with netizens expressing that the new Meteor Garden is their “Source of laughter” for the summer.

Even though the content is quite laughable, the amount of buzz and chatter around this new drama shows how deep of an impression the original Meteor Garden has left upon its’ audience, even after almost 17 years. ​