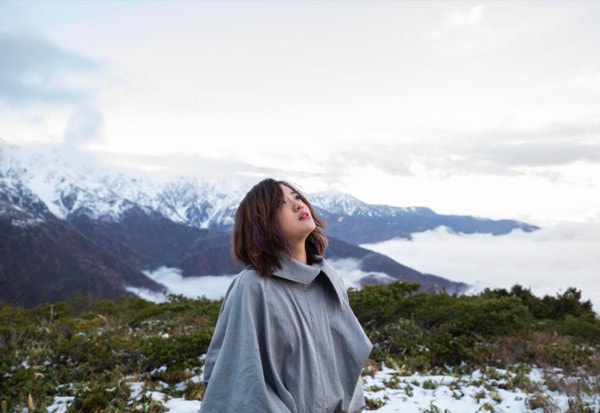 Working with known producers and musicians such as George Chen, Chen Jun Hao and Starr Chen, the new album is said to be a deep awakening of Lala’s most innermost thoughts.

This is well expressed through the first single ‘The Prayer言不由衷‘, a collaboration between Lala and this years’ Best Female Mandarin Artist Eve Ai, who is known for her personal and deep melodies and beautiful writing style.

As one of the earliest songs selected and recorded for this album, ‘The Prayer’ was also one of the hardest to record. When Lala first heard the demo for this song, the lightly sentimental melody and simple yet elegant lyrics truly moved her.

​At that time, she was going through a period of loss and directionless, yet ‘The Prayer’ moved her sensitive heart. At that moment, all her unanswerable questions seem to have calmed, and allowed her to be surrounded by warmth, becoming a song that Hsu would turn to in her darkest of times.

Since this song meant so much to her, being able to bring to life this song in the best way possible became one of Lala’s biggest issues, and she was time and again unable to go into the studio to record, because she was worried that she would not be able to breathe life into this song in the right way.

It was only until recording for the album had reached its midpoint that Lala finally went into the recording studio to record this song, hoping that her voice could give everyone all that she was trying to express. Of the experience, she says: “This is a song I listened to over and over as a way of speaking to myself, just like I’ve entered experiment after experiment and then finally coming up with a true experience. I hope this song that can heal me can also heal everyone else.”

To Hsu, the song is not only a prayer of greeting for those who you love, but also as a way of praying for yourself, and loving yourself. Using nuanced and subtle changes in the gentle arrangement, ‘The Prayer’ has created the most beautiful setting for Lala’s album.

‘The Prayer’ by Lala is out now on YouTube and all the usual places. Her new album ‘Psychology’ will be released on the 27th of December.