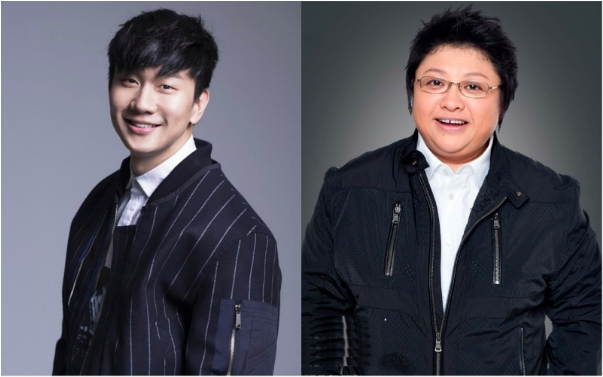 The song, which speaks to those who have left their homeland, has been making its rounds on Spotify and KKBOX, hitting #40 on the latter’s music charts (as of 6 May).

If you haven’t heard it yet, prepare to be awed by Lin and Han’s abilities to hit all the high notes – especially towards the end.

And with its soothing accompaniments and the melody’s gradual build-up, the tune is reminiscent of soaring amongst the clouds.

In a video interview posted on JFJ Productions’ Facebook page, both Lin and Han spoke well of their collaboration process. Han said it was extremely enjoyable, while Lin gave it 3 thumbs-ups.

Singing nothing but praises for her junior, Han described Lin as a gifted musician and said there would probably be no one like JJ Lin for the next 100 years.

Lin meanwhile dubbed the Chinese-Tibetan singer-songwriter as a genius – divulging that she took just 30 minutes to finish recording her parts.

But with 3 Golden Melody Awards under his belt, Lin’s musical prowess is no less than hers.

Together, their soulful voices have produced this stellar 4.5 minutes of art that will tug at the heartstrings of all their listeners.

Listen to Lift Me Up (飛雲之下) on Spotify here.