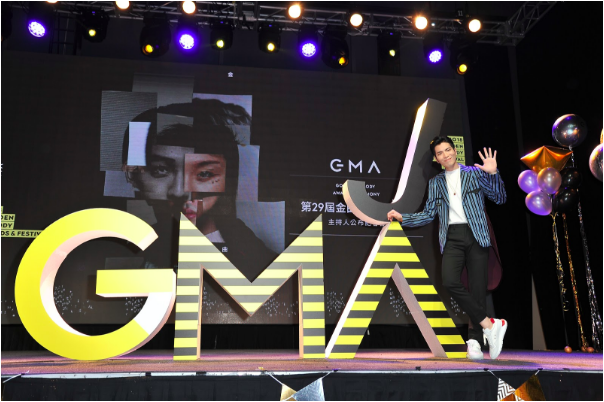 It has been announced that Taiwanese singer Jam Hsiao (蕭敬騰) will host the 29th Golden Melody Awards (GMA) Ceremony on 23 June 2018. It will be his first time in this role.

The news was announced at a press conference on 22 May.

“This is a historic first for me,” said Hsiao.

Dubbed ‘Mr Entertainment’, Hsiao wants to serenade the audience with his musical prowess, unique sense of humour, and alternative take on the GMA ceremony on the night itself.

“As an entertainer, nothing is more exciting than the art of bringing happiness to other people!” he said.

Upon the GMA organisers’ personal invitation to host the event, the 24th GMA Best Male Vocalist (Mandarin)’s immediate response was one of stoic silence – then agreement.

“I was completely non-responsive at the moment … but since I did agree to host it, I definitely promise this will be an enchanting event!” Hsiao said.

However, they did not make it into the top 5 nominees.

Meanwhile, Dennis Au (區耕祥) and Lulu Huang (黃路梓茵) will host the GMA pre-event walk of fame together for the third time.

This marks Au and Huang’s ninth and third times hosting the event respectively.

“It’s not easy hosting for the ninth time. I truly enjoy the pageantry that is GMA, and with Lulu and TTV as familiar partners, I truly feel at ease.” said Au.

This year’s GMA is themed ‘Future-ing’, which emphasises originality and forward-thinking prospects.

The Golden Melody Awards walk of fame and ceremony will be broadcast live on Taiwan’s TTV Main Channel at 5pm and 7pm respectively and held at the Taipei Arena.