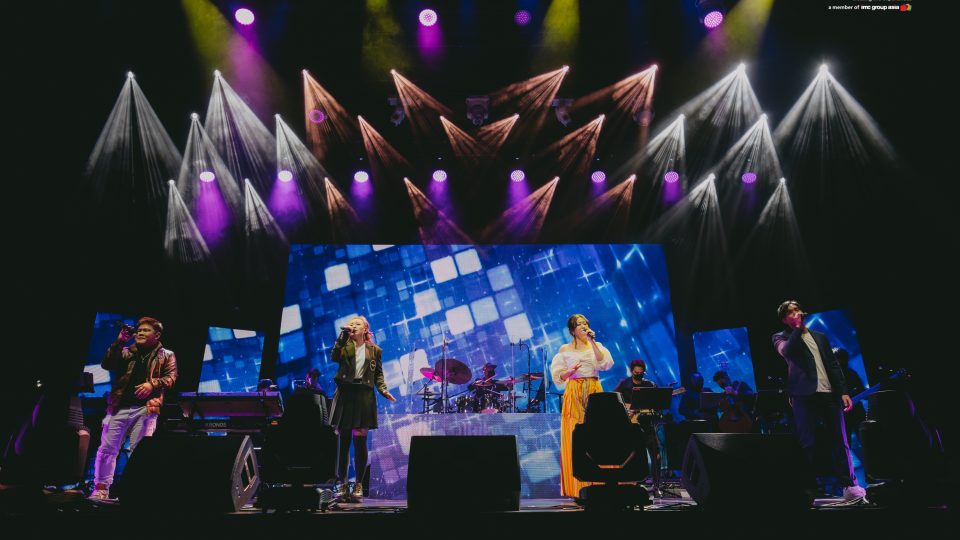 When was the last time you watched a live music performance? For me, it was 5 February 2021, at mandopop concert AL!VE Vol 4 in Singapore.

That was concert number four of six in the AL!VE series – some of Singapore’s first live performances since 2020, when live music was banned because of COVID-19.

But online concert live streams and live music just… aren’t the same. And AL!VE was my first concert since 2019. So I was stoked to be at Singapore’s Capitol Theatre for two hours of music.

The variety of singers and styles promised to be the most bang for the buck. And I wanted to diversify my playlists by listening to these up-and-coming stars.

Between singing their originals and covering popular hits, the singers chatted with the audience. We laughed, cheered, and waved our lightsticks in response – the little things I missed about live performances.

The only difference: we couldn’t shout too loudly behind our masks.

Relyne, Wilson, Cherelle, and Marcus opened the night with a medley of mandopop classics, including:

Moved by their rousing harmonies, I started singing along and tapping to the beat.

Cherelle’s debut single is titled ‘无名女子 Unnamed Lady’. But her name is one you’ll want to remember. The multilingual singer was among the final eight in singing competition The Voice 2017 (Singapore-Malaysia edition).

Wilson’s setlist was love-themed. He sang his original ‘半情人 Half Lover’ and covered ‘吻得太逼真 A Kiss Too Realistic’, then poked fun at his relationship status just ahead of Valentine’s Day. His jokes drew lots of laughs from the audience.

The band members weren’t left out either – Wilson jokingly asked one of them about the science of kissing. Amid the mellow tunes of the night, Wilson’s banter lit up the mood.

Relyne sang one song while seated, which made the mood more intimate.

Marcus took time to explain the meaning of his original songs while onstage. ‘没道理我可以 I Can’ talked about moving on from a past relationship, even if it was difficult. It was a solemn message for the occasion, but an important reminder.

Then it was Tien’s turn to charm the audience. If she looks familiar, that’s because she was on Chinese variety show Singer 2018 歌手 2018.

Tien grooved to the instrumentals and glided around the stage. Her stage presence and sultry voice lit up the crowd – a seasoned performer indeed.

Tien ended her set with ‘Best Part’, which was a duet with singer-songwriter Sherman Zhuo.

Next, Sherman, the finalist of Singaporean reality show SPOP SING SPOP听我唱, took the stage alone. The cheers that erupted were probably the loudest of the night.

No stranger to the stage, Sherman showcased his singing chops in English and Mandarin; pop and R&B. His cover of ‘Céline’ by Gallant showed off his high notes too.

As the curtains closed with Sherman’s rendition of ‘R&B All Night’, I was left thinking “how did two hours just fly by?”

The singers and instrumentalists put up a good show. But one underrated group of the night was the lighting team. The colours and light beams changed with each song to envelope the theatre in their warmth.

White and blue beams shone across the audience when Relyne sang ‘You Are’, and were in time with the drum beats during Wilson’s set.

Still, it felt good to be enjoying music beside others again. The singers’ banter, humour, and sharing the experience in real time with other lightstick-waving concertgoers added to the experience too. That’s something that online concerts can’t replicate.

Concerts are more than just music. They’re a complete package of emotions, moments, and shared memories wrapped up in a memorable night.