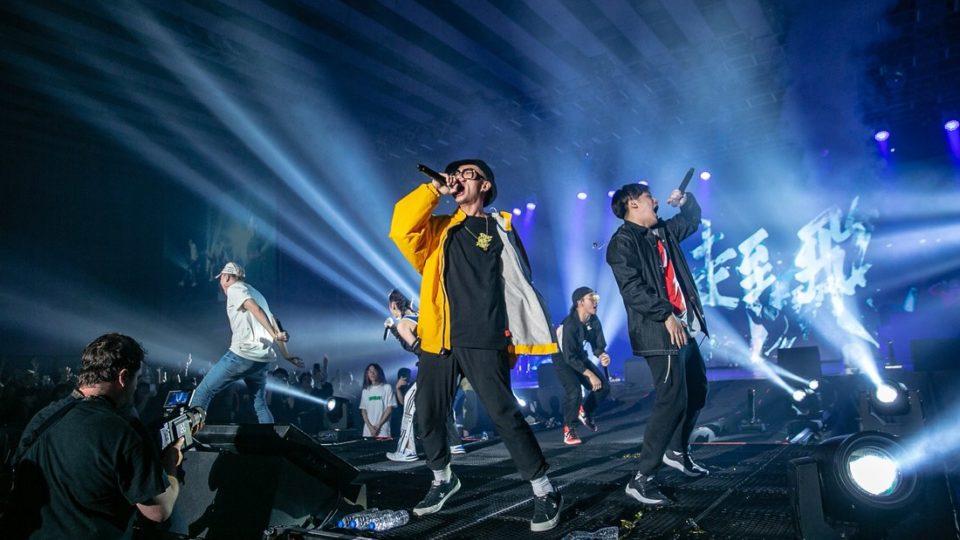 Yesterday night I had the pleasure of attending 龍虎門音樂節 Long Hu Men Festival, one of few (if not the only) festival in Taiwan primarily showcasing Taiwan’s local hip-hop scene. Beginning in the 1990s, Taiwan’s underground hip-hop scene has gone from strength to strength, with much of it‘s best and brightest including 蛋堡 Soft Lipa, 李英宏 aka DJ Didilong, DJ Mr Gin, 熊仔, Julia Wu 吳卓源, SmashRegz/違法, RPG, NEOSO 戴岑樺, and more in attendance at the festival.

A venue packed with youngsters who wore black caps and showed their appreciation by yelling rather than clapping (is this what the hip crowd does these days?), it was an eye-opening experience to be able to witness what I would say was a coming-of-age event for the Hip Hop scene, cementing its rise to the forefront of Taiwan’s mainstream.

I especially appreciated the air of collaboration that seamlessly made its way through many of the performance segments; with electrifying crossover performances by Barry Chen and Bolly Soshy阮禾茜, RPG, NEOSO 戴岑樺 and Bakerie Music Productions (Hong Kong), 蛋堡 Soft Lipa and 李英宏 aka DJ Didilong and of course who could forget Julia Wu 吳卓源 and 熊仔’s amped-up performance of their hit single ‘Mybong買榜’.

Given the back-to-back nature of the festival/concert which showcased some of the hip hop scene’s most trendy and well-known songs, it opened my eyes to the importance of collaboration in Taiwanese Hip Hop. The level of intimacy, solidarity and collaboration that is required seems to be a major driving force here; a phenomenon which has allowed for a synergetic which spreads its influence to many associated with the scene. This was best evidenced by a rousing encore where many of the performers of the night reappeared for a rousing rendition of yet another runaway hit, ‘Walk Until You Fly 走到飛’.

Taiwan’s thriving freedom of expression lends itself well to the genre of Hip Hop, and it was also fitting that Korean rapper Woo Wonjae made his local debut at this very festival, capturing the audience’s eyes and ears with his grounded and unique delivery.

Overall, the Long Hu Men festival was unique experience that function-wise was a little rough around the edges, but is no doubt a gem in the making. I am sure with time, it will only become more and more established as a cornerstone event for Taiwan’s hip hop scene, for it marks the beginning of a new, and extremely promising era of Hip Hop in Taiwan.