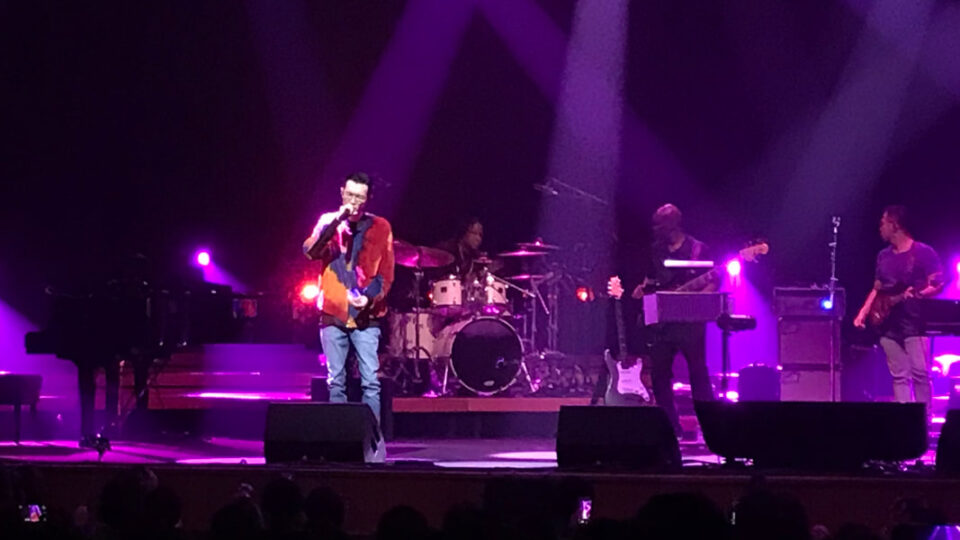 Upon entering the Esplanade concert hall for Khalil Fong’s TIO concert, the simple, intimate performance setup beckoned to me, and hinted at the show that was to come. With tasteful light features in the background and a drums, guitar, bass, keyboard and piano set-up on display, it was clear that Soulboy Khalil’s focus would very much be on his indomitable musicality, which would be put on full display.

With the concert starting on time, the band members filed onto the stage to assume position, and launched into the intro of ‘Wukong’, a seminal track from Fong’s last album; grinding bass beats vibrating across the floors and rousing loyal fans into action. Upon entering the stage, Fong, clad in a simple rainbow sweatshirt and jeans was met with whoops and cheers which he shyly responded to before coming together with the band, finishing off the song and transitioning straight into his collaborative track with Wang Leehom ‘FLOW’, where he tried his best to get a call-and-response going with the audience. Fong then continued to wow with a solid set list bound to bring back treasured memories such as ‘春風吹 Spring Wind Blows’, ‘公園Park’, ‘Singalongsong’ and of course ‘愛愛愛’ and ‘Love Song’, with some of his newer stuff interspersed in between that had us singing along the whole way through.

The opening set the scene for the concert and also marked a new evolution of Khalil’s sound which Singaporean fans had never experienced live prior. While in previous years the muso’s stuff has stood out with his clean, tidy R&B arrangements and quirky, angular Soul/R&B melodies; this latest album as well as his work with his record label FU MUSIC has seen his music develop a more grungy, heavy, gripping sound; with more emphasis on the guitars and bass. It was particularly exciting to be able to witness this musical growth in a live setting; given the apparent talents of all the musicians, who really shone on ‘Can You Feel The Music’ with their free-flowing jams and fluid, unique sense of musicality.

Yet, I wasn’t completely convinced that the concert represented the band and Khalil’s fully tapped out musical potential; which given the simple setup; was clearly supposed to be the whole focus of the showcase. The songs for the most part were arranged quite similarly to in their recordings (with the exception of ‘Ain’t No Sunshine’), and backing tracks were mixed in with the live arrangement to fill in backing vocals, or add instrumental parts that weren’t available live. I would have loved to have seen what Khalil and his band could do with just a more intimate live sound; coming up with musical moments that were more transformative than just live versions of recorded songs. They certainly showed they were capable of it at various points throughout the show; I just wish I could have seen it in all its unadulterated glory.

As for Khalil, he performed around eight of the 21-song set list on piano or guitar, and chose to perform the rest just on vocals. Which probably would be a very understandable move for other artists. Yet for the bespectacled musical wizard, although his shyness and awkwardness endeared him to no end to his audience; it was those moments where he was devoting his attention to his guitar or to his piano, and collaborating with his band that were truly the most captivating for me. Fong’s love for music and his stoic sense of responsibility to the art form sets him apart from so many other artists out there; but unfortunately I think that sense of innovation was a little lost in the creative direction of this particular showcase.

Although Fong was probably on the right track when he decided to perform a majority of his older songs that fans would remember fondly (公園, 南音, 夠不夠); I think he’s forgotten the reason these audiences were drawn to him and his music in the first place. While the audience were more than happy with Fong’s set list, the biggest cheers came at the end when the crowd applauded Fong’s band; and even gave them a standing ovation at the end of the show. Khalil forgets that like himself, many of his fans are music nerds who pride themselves in being part of something different, innovative, and creative. Yes, they came to relive familiar memories; but more importantly, they came to this concert to be reminded of why they love Khalil so much in the first place.

While Khalil’s shyness was evidently super endearing to his fans who became his MCs of the night; yelling out questions to prompt engagement with the quiet artist; it was truly up to Fong to curate this ‘Throw It Off’ experience in a fluid way. Yet for all his earnest anecdotes and dad jokes; I found myself not knowing what might come next concept-wise, as there seemed to be no rhyme or reason for why the songs were in the order that they were. Ironically, there was not much ‘Flow’ to be found, if you catch my drift.

In particular, I was extremely looking forward to the jam-packed guest list schedule Khalil had promised; with personal faves Diana Wang and Charlie Lim in full attendance for the showcase. R&B darling Diana’s vocals were on point as she performed ‘頌海 Dear Ocean’ with Khalil and held her own as she performed ‘一步成詩 Poem’, endearing herself immediately with the audience on her first trip to Singapore. However I did wish that I saw more of her than the five minutes that she was on stage, and that she had more interactions with Khalil.

Fong’s interactions with Singaporean-Australian singer-songwriter Charlie Lim happened a little later in the showcase. Luckily by this point, the former was suitably warmed up to introduce Lim in his trademark quirky, awkward style. Lim returned the favour, humorously introducing himself as the Singaporean Khalil Fong, before they barrelled straight into the chillest onstage music jam sesh I’ve ever had the pleasure of experiencing. With an electrifying chemistry, both guys on their guitars took turns improvising their way through the classic ‘Ain’t No Sunshine’ with the lush backing of the band. This was truly the highlight of the show for me; a transformative, improvisatory, collaborative experience where all onstage players worked together in perfect harmony. It was seven minutes in heaven for reals, guys. All I could have hoped for was that this atmosphere had extended itself further to other parts of the show!

There’s a fine line between understated, tasteful execution and simple, underwhelming experience, and Fong certainly walked that line tonight. Although stilted awkwardness often works in the quiet artist’s favour, it hindered the execution and clear communication of his vision for the tour, if there even was one. I wouldn’t go as far as saying I was disappointed with the experience, but I certainly expected more from an artist I have admired so for over a decade. For me, the immersive nature of a concert experience is extremely important; yet Khalil’s mild and laidback nature rendered the concert a little too laissez faire for my liking. As a result, I wasn’t fully able to ‘throw it off’, and as hard as I tried, felt completely present as a member of the audience, rather than an immiscible part of a curated musical experience.

Yet there was certainly this understated bittersweet taste that came towards the end of the showcase as all the pieces of the puzzle started falling into place. As Fong finally loosened up, the last 20 minutes were pure bliss, as he got his soul on with ‘Can You Feel The Music’, shared lame encore jokes, and finally sang three crowd favourites ‘三人遊 Party of Three’，‘愛愛愛 Love Love Love’ and ‘Love Song’. It was these moments where everything came together; the realisation that this tour was a cumulation of over a decades’ worth of work, Fong’s love for music intersecting with his stage presence, and just the mutual unspoken understanding of everyone in the room that this was a moment to be remembered. It was a throwback to hear some of my favourite tunes, and also a much-needed reminder from one of my most adored artists to stay grounded, and to appreciate every music-filled moment, no matter when and how it comes. 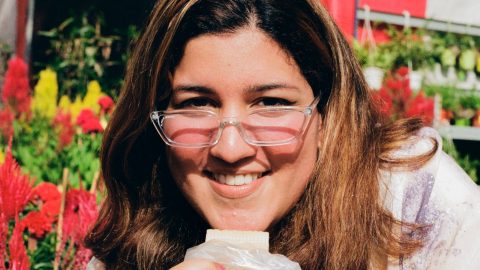