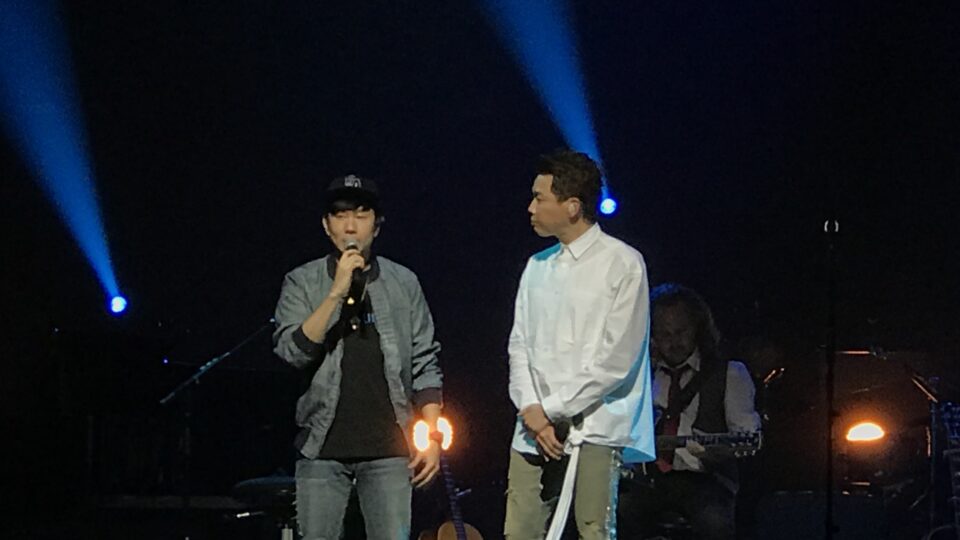 I’ve always been obsessed with encapsulating how experiences make me feel. Analysing how all the parts came together, why certain arrangements or details made me feel the way they did, and reflecting on how this experience impacted me. In short, reviewing allowed me to not only capture the moment, but to situate myself within it, so I could re-live the experience just the way I remembered it.

And participating in David Tao 陶喆’s ‘DT In Harmony’ performance at Esplanade Concert Hall was one of those milestone moments that absolutely called for a live review. Entering the venue bogged down with uncertainty given recent precautions over the Wuhan coronavirus, the godfather of Mandarin R&B from the get-go dissipated any tensions with his one-of-a-kind showmanship; leaving audiences with a sense of giddy euphoria that they will not soon forget.

Taking to the stage with some of the best and most seasoned musicians in the Asian music industry, Tao’s unmistakeable vocals wafted over the audience to the strains of his iconic track ’Airport in 10.30 飛機場的10:30’. To my (and probably the crowd’s delight), the singer paid homage to the original acapella-based arrangement and showed that he’s still got it by effortlessly hitting his high melismatic trills and warm baritone deliveries.

Rather than foisting new and jazzed-up arrangements for every song onto an audience that might have fond recollections attached to the originals, Tao anticipated, listened, and made listeners feel seen and heard in the intimate concert setting.

Furthermore, the seasoned entertainer showed that audience engagement was a prerequisite at all his concerts. Despite the simple classical concert-based setup, Tao’s indomitable energy allowed him to transform the atmosphere of the space at will.

This was clear when he sang pre-encore ending song ‘Love Can……就是愛你’ and added a last round of the chorus to allow audiences soak up the moment; and when he released his inner rock god on classic ‘Black Tangerine黑色柳丁’; feeding off the energy from the crowd to  bring his soaring vocals to new heights time and time again; interchanging throaty growls for bright, warm vocals to take the audience on the sonic journey of a lifetime.

Instead of just letting audiences guess at the meaning behind his set list, Tao expertly and warmly shared anecdotes about his creative process, philosophy, and how these elements had been uniquely contextualised in his performance.

In an acoustic session interlude, Tao shared that the following songs had been picked as he wrote them all on his first instrument the guitar, before launching into a tasteful medley including classic favourites ‘Season of Loneliness寂寞的季節’, ‘Everything’s Gone流沙’, ’22 二十二’ and ending on the unforgettable ‘Regular Friends普通朋友’. Seamlessly moving through all the nuanced emotions that Tao delivers so gracefully through his music, the medley went from sweet longing to cheerfully reflective to meaningful conversations and reminded listeners why they fell for the suave singer’s music in the first place.

And when audiences least expected, the singer dropped the biggest surprise of them all- a guest appearance by home-grown superstar and good friend JJ Lin. Dedicating a rendition of ‘Twilight 不為誰而作的歌’ to JJin light of his recent efforts to rally public morale through song, Tao sang the first verse before inviting JJ who was hidden in the audience up on stage to finish the song with him.

It was a real treat to see two of Mandopop’s finest dueting on a song which brought out JJ’s velveteen bravado and Tao’s harmonic chops and extensive range. In true bromance fashion, the pair locked eyes and challenged each others’ vocal ranges, almost like a loving race to the top of the stairs.

But still, the best was yet to come. At the end of the showcase, Tao rallied audiences into a soaring singalong of his claim to fame classic ‘I Love You愛，很簡單’. Of course, fans didn’t have to be told twice to join in the fun.

David gave a spectacular and extravagant performance of the song, improvising several more rounds of the chorus to give the fans a moment to remember. By the end of the show, he had earned himself a willing choir, and also a well-deserved standing ovation as he bid fans adieu.

I left the venue on an adrenaline high, not wanting the show to end, but knowing that it was as perfect as the night could get. Only David could turn the reserved, cool atmosphere of a classical concert hall into the elation and euphoria of a stadium-sized live venue. As one of the artists who has fuelled my passion for Mandarin music and crossing borders over the years, Tao showed his prowess as a timeless act whose repertoire continues to inspire and engage, even a quarter of a century into his career. So I know that even if it may be a while until our paths cross again, when it does happen, it’ll be just like old times.