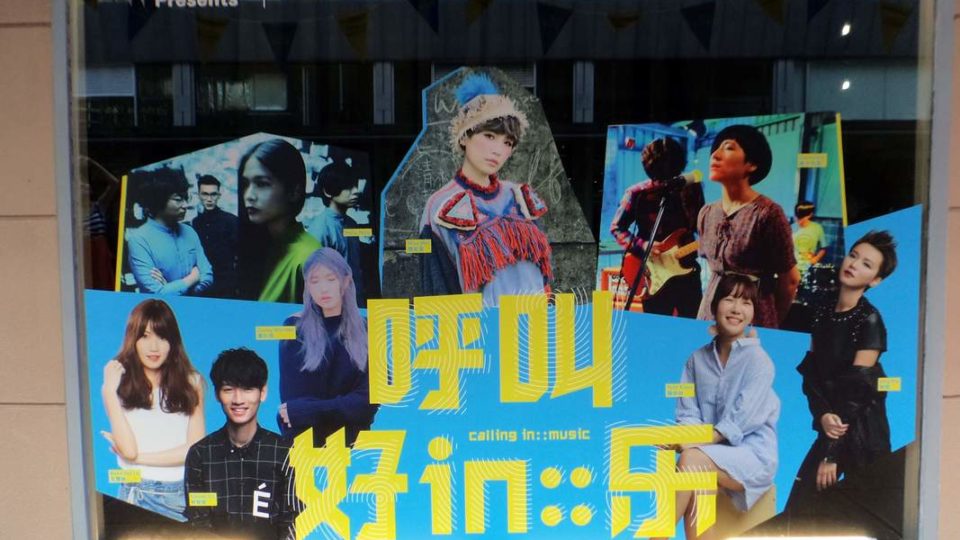 A first-time collaboration between Singapore’s in::music and Taiwan’s Calling Music Festival, the two-night showcase saw eight Singaporean and Taiwanese musicians take to the stage for an hour each.

Leading the night’s performances was Kowen Ko (柯智棠). The 28-year-old’s husky, soulful voice rang out tunes to crowd favourite songs and his new jams alike.
​
But while the Taiwanese singer-songwriter’s popular tracks, like “If You Still Wander 你不真的想流浪” and “It Was May”, were met with loud cheers from the enthusiastic audience, it was songs on his new album that got me excited. Look out for “Man Without A Mission” when it drops next month!

The Taiwanese musician’s first time in Singapore, Zooey Wonder (黃玠瑋) brought her folktronica and ambient influences to life with the synthesizer and electronic drum.
​
Sometimes backed up by a band; other times taking to the stage solo, her unique musical style rang resonant through the studio for all to hear.

Between sharing the stories behind her self-written songs and wowing the audience with her dreamy, ethereal voice, Singaporean Boon Hui Lu (文慧如) hyped up the crowd with her lovable personality.

And if her name sounds familiar, she’s the musical brain behind Hebe Tien’s hit songs “Your Body Speaks 身體都知道” and “Every Day Is A Miracle 人間煙火”. Moving between notes smoothly, the 24-year-old jammed to those familiar songs, alongside some unreleased self-written tunes. At points, her voice reminded me of Hebe’s – sweet and soft.

This was the act everyone was waiting for. Despite technical difficulties, Hello Nico’s entrance was greeted with rousing cheers and handphones eager to capture every moment.

Throbbing drumbeats, sick electric guitar riffs and vocalist Yu-Ting Chan (詹宇庭)’s expressive dancing aside, the 4-man band got everyone on their feet, heads bobbing away to the beat. Some describe their musical style as alternative rock; I’d describe it as catchy and rave-worthy. Their energy and unique style truly blew me away.

The 27-year-old Singaporean with a sweet, soothing voice, Ruth Kueo (魏妙如) crooned to both upbeat and slower love ballads. Her popular jams, like “Strange Love 奇奇怪怪” and “Without You 當我們不在一起”, were given airtime. And so were tunes that were making their way to public ears for the first time, such as “The Loneliness of Krafla 克拉夫拉的寂寞”.

Besides music, the well-travelled girl also shared stories from her globetrotting experiences in Iceland that gave everyone a more intimate peek into her life.

The wacky and eclectic Coconuts! (椰子樂團)’s live rendition of “Crazy Hospital 瘋狂的醫院” and other songs from their 2016 3-track EP quickly got everyone into a raving mass. Thumbs up for the instrumentalists too! The talented musicians drummed out wave after wave of rhythms that got everyone rocking away.

Ling Kai (鈴凱): the spontaneous musician with strong, soulful vocal pipes. This homegrown bilingual singer-songwriter belted out upbeat tunes, like “Stunned 目瞪口呆“, and switched seamlessly to her slower numbers throughout the hour.

In between tracks, she shared the stories behind her songs. And halfway through, she spontaneously busted out in rap about the Trump-Kim summit!

Saving the best for last, the night’s highlight was Waa Wei (魏如萱). From her catchier tunes like “Ten Thousand Ways To Not Look Back 一萬個不回頭的方法” to her hit song “Only You 你啊你啊”, the audience lapped it all up with resounding cheers.

So while the crowd sang and swayed along to Waa’s songs, her slower numbers saw everyone whipping out their phone torchlights to wave in the air.

And the Taiwanese singer was a natural onstage. The mother-to-be bantered with the crowd; asking if she looked fat (to a loud “no”) and confessing her love for Singapore’s salted egg fish skin.

But her seven songs weren’t enough for everyone, who cried “encore” at the end of “Shangri-La 香格裏拉”. And encore she did – “Flying Bird 飛鳥” ended off the night on a high.

In between each main act, up-and-coming Singaporean singers took to the outdoor stage for pop-up performances.

Calling in::music – A Treat for the Ears

Eight indie performances, six pop-up acts, and two nights of live music later, I was blown away. With a great atmosphere and music lineup, Calling in::music brought new jams and artists straight to my ears. And the music-loving me enjoyed it thoroughly.

From the huge turnout and audience’s warm response to all eight performers, it’s safe to say that Taiwanese indie music has a solid place in Singaporeans’ hearts. It just shows that styles other than mainstream Mandopop are bubbling to the surface around the world – and for that, I’m heartened.

Calling all Mandarin indie music lovers: you’ll want to be at its next edition.