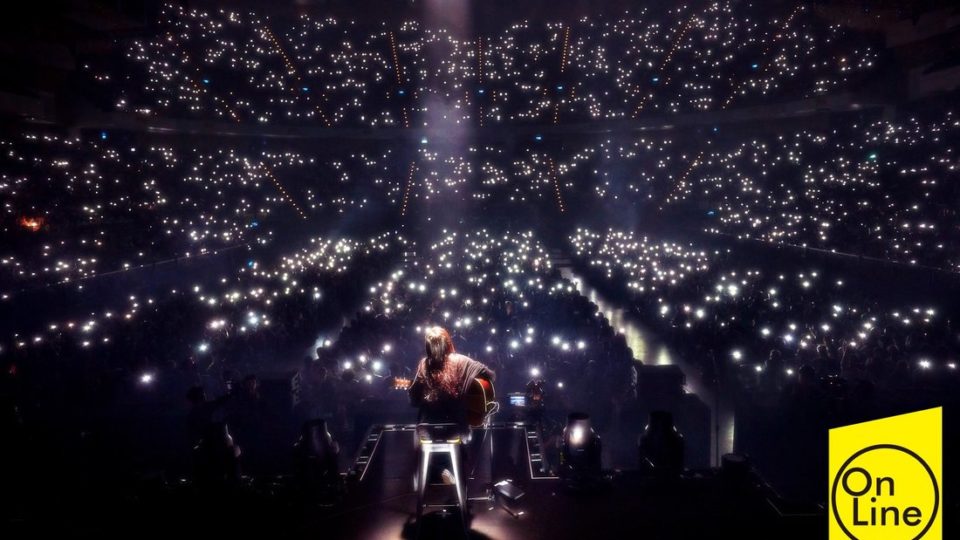 Before I even stepped into the venue, I knew Anpu’s ‘Refining Clouds煉雲’ live performance at the career-defining Taipei Arena would not be just any other concert. The enigmatic indie singer-songwriter has been in and out of the scene since announcing the retirement of her former persona Deserts Chang in 2014, yet has made several unannounced pop-up appearances at indie gigs since then; most notably at Taiwanese Waves showcases in New York from 2016 to 2017.

Although this provided some reassurance to fans of her continued influence on the scene, she has yet to release any original music since her retirement in 2014. So when the concert was announced, the term ‘a pleasant surprise’ was probably an understatement for diehard lovers of her music, cumulating in two sold-out shows at the famous Taipei Arena, bursting at the seams with fans eagerly awaiting what the mysterious artist had prepared this time around.

And indeed, the concert was like none I had ever experienced. While most concerts in the pop realm are built around an artist’s persona and their repertoire; featuring flashy costumes and concepts, ‘Refining Clouds’ took every expectation and unspoken rule of the concert experience and broke it with sophistication and artistry. As while the best way to categorise this concert was as a ‘cover’ concert, it was non-traditional to say the least; incorporating 22 hand-picked songs; many by unknown or independent artists over the last three decades to piece together varied perspectives and facets of life. From songs by indie pioneers Susu Yeh, Lin Qiang and Sandee Chen to contemporary game-changers such as No Party For Cao Dong and Sunset Rollercoaster; Anpu left no stone unturned in her 22 song-long set list, surprising time and again with each song.

Appearing on stage clad entirely in black, Anpu started off the concert with a grungy, alternative post-rock rendition of 狗毛Gou Mao’s song ‘Political Prostitute政治妓女’ that featured heavy use of experimental synthesisers whilst preserving the original vintage, grassroots feel embedded in the lyrics. This would be her one and only costume for the evening; as she took on the role of storyteller and performer, lending her voice and her body as a vessel for breathing new life into each of her 22 songs.

Every song handled with care and utmost craftsmanship; Anpu worked her way through songs considered by record labels filler tracks on albums (Sandee Chan陳珊妮’s Red Eyes紅眼睛[2000]); hidden gems found on the most indie of independent compilation albums (Dou Dou荳荳’s Angel Falling To Hell [1995]); while also paying homage in a very different way to well-worn classics (Tsai Lan-Chin蔡藍欽’s This World這個世界 [1987]); inviting us to participate in this intimate music-sharing session where her versatile voice caressed each of these songs at times with her signature raspiness and at others with a grounded, earthy tone which exposed her indie roots.

Yet the concert was by no means merely a feast for the ears. Instead of flashy dances, gimmicks usually used to flesh out the concert’s atmosphere, stunning visuals and light effects were crafted and displayed accordingly for each song that could be equally appreciated by every member of the audience, be it those in the VIP area or those cloistered in the back of the amphitheatre. Rather than using these visuals to create a story that audiences could get sucked into, Anpu’s visuals combined different mediums of art-ambient footage, performance art, lighting, smoke-to create an all-encompassing atmosphere which transported you entirely into a different realm while affording audience members agency to take what they may from each track. (Sample video of concert atmosphere below)

Highlights for me included Anpu’s debut venture into the rap genre with her performance of MC Hot Dog’s song ‘Mr Almost差不多先生’, where she replaced Hot Dog’s grit with her sultry and toned down Rao Kou Ling(Tongue Twister) style of singing to her fans’ excitement. For the usually subdued singer, this was an unexpected move and choice of song. Who knew Anpu listened to rap in her free time?

Another special moment was when she performed ‘Choice決定’ by Susu Yeh葉樹茵, sharing her admiration for this female artist, songwriter and producer during her time working as a sound engineer at indie venue Witch House in the 1990s. Setting up the backstory so eloquently for us, Anpu left us with some choice words before launching into the song that moved me immensely. Her words went something along the lines of: this song reminds us that living is a choice, and how we choose to live is all up to us. Mixing in a backdrop of ambient whispers and resonant, steady drums, the feeling of existentialism and perspective Anpu desired to create with this concert seemed to hang perfectly in the balance of art, music and storytelling.

And who could forget the special moment where she sang an acoustic, darker version of her debut breakthrough hit ‘寶貝Baby‘ which she dedicated to all the parents in the room. A song that Anpu is notorious for refusing to sing at events, it was a real treat for fans who automatically lit up the entire stadium with their cellphone lights as the singer-songwriter strummed softly and sang a lilting melody so familiar to many of her fans.

Even now as I write this a week later, the unique memories and feelings I’ve taken away from the experience still linger. Although I would say Anpu’s unpolished method of delivery (unstructured explanation of the story behind each song, no lyrics displayed onscreen) at times detracted from the wholeness of the concert’s concept, her rawness nevertheless encouraged an atmosphere of intimacy and respect I’ve rarely seen in crowds of this size. Going back to the concert’s concept of refining clouds; Anpu has plucked these 22 seemingly unrelated songs from thin air and attempted to tie them together using abstract thoughts and loose ideas. It is clear that these thoughts about existentialism and life and impossible to tie together into something concrete; much like the act of trying to refine clouds; but there is still value in trying to shape these clouds; to allow new ideas to appear and disappear in moments of musicality; yet leaving a faint imprint on those who participated in the experience. And who better to pull off such a feat than Anpu herself? 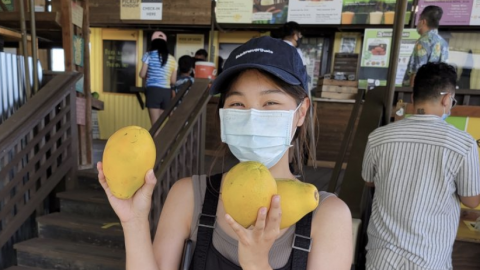