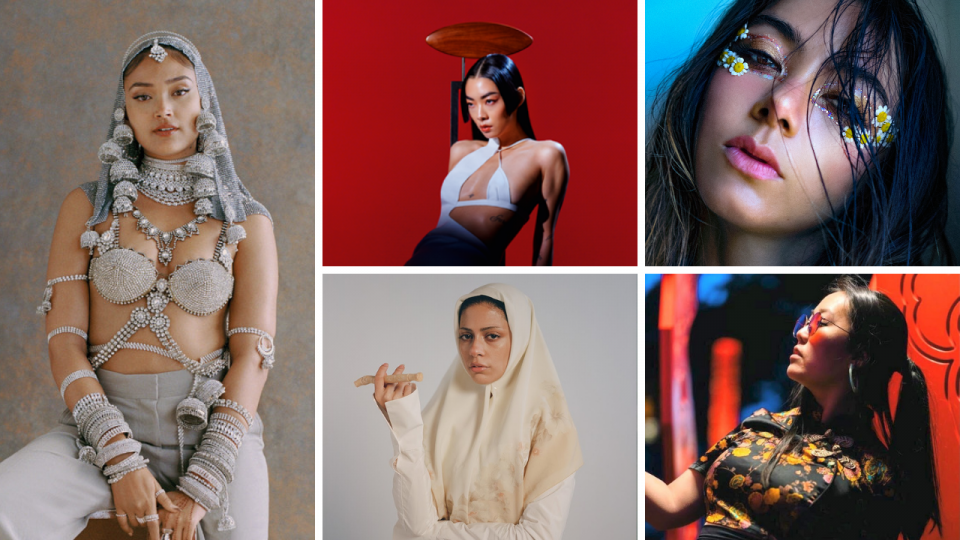 Any minority person belonging to a country with a multicultural identity knows it requires extra effort on their part to fit in to mainstream society. Compound upon that common misperceptions due to lack of media representation, and it can be seen why a segment of the world’s population feels left out.

But there’s a growing desire to express this unique kind of life experience that can sometimes only be shared in the form of music. In the past, we have seen “culture-bridging” acts such as MC Jin, Jay Park, CL, and Yuna appear and achieve significant levels of global success. They are characterised by their commitment to sharing their culture, even within an otherwise impassive dominant culture.

Particularly in Asian America, where research on representation is prevalent and the politics surrounding it significant, there has been an impetus for change. As such, creatives who consider themselves part of the Asian diaspora now feel an added sense of urgency to step out of the shadows of the ‘model minority’ myth and share their own perspectives and stories not just as representations of members of the Asian Diaspora, but as humans who happen to be part of the diaspora.

This trend is particularly prevalent when it comes to the works of contemporary female artists of colour, whose holistic and diverse approaches to their femininity and identity within a patriarchal and often discriminatory society adds nuance to the current conversation. To dissect that je ne sais quois they bring, we’re highlighting five Asian diaspora artists who have inspired deep conversations around identity and even social change, bringing further awareness to the diaspora in Western space.

London born, Irish-Bangladeshi soul sister Joy Crookes has been making waves with her husky, tantalizing vocals since her 2018 EP “Influence”, and while her sound has continued to be imbued with polish since then, her straight-talking sincerity has persisted nevertheless. Over sometimes playful, sometimes subversive guitar and percussion heavy rhythms, Crookes waxes lyrical about topics close to her heart such as belonging (19th Floor), mental health (Skin), feminism (Power) and social activism (Feet Don’t Fail Me Now) on her momentous 2021 debut album “Skin”. In many of her visuals she pays homage to her Bangladeshi heritage, often incorporating traditional hair styles and garb to create her own unique take on bohemian East-meets-West couture. Fiercely passionate at times, endearingly sweet at others and once in a while heart-achingly vulnerable, there’s so many layers to Joy Crookes and we love them all.

Bursting fully-formed from the annals of the UK alternative scene with cult favourites such as 2017’s “Cyber Stockholm Syndrome” and “Alterlife”, Japanese British pop star Rina Sawayama has risen through the ranks to redefine the possibilities for Asian artists in the Western music scene. Infusing her core influences of ‘00s bubblegum pop and J-pop into everything she does, Sawayama has traversed electronic, rock and pop genres to shape an unforgettable, tantalizing sound that keeps listeners East or West always coming back for more. Yet behind her shimmering, high-energy brand of pop, Sawayama continues to be a fierce driver for conversations on her identity and heritage. 2019 was a pivotal year for Rina, where she came out as a part of the queer community with playful, tongue-in-cheek track “Cherry”, while 2020’s “STFU” was a thrilling entry point for Rina into the heavy metal genre which called out incidences of subversive racism, and “Dynasty” spoke about the intergenerational trauma that comes with living between two cultures. And now with her thrilling announcement of her second LP and new single ‘This Hell’, Rina continues to break the boundaries of pop with her forage into country music. Fearless in her unadulterated expression of who she is, Rina has emerged forever a pop icon who shows that we do not need to be defined by any one aspect of our culture or marginalised by it. Instead, she encourages us to embrace the many wonderful facets that make us unique – Asian or not.

A Grammy-nominated artist and jack of all trades, Asian-American creative Hollis Wong-Wear is one of the most polished acts on the AAPI scene, and one with the biggest heart of gold. Getting her start in the spoken poetry scene in her hometown of Seattle, Hollis hustled her way into the grassroots hip-hop scene before getting her first big break working on Macklemore and Ryan Lewis‘ Grammy-nominated album The Heist. Yet while this was a sparkling milestone in her career, it is just one of many standout points that has made this artist, creative, activist and educator ‘one to watch’. Deeply influenced by literature and social activism, the frontwoman of band The Flavr Blue has come into her own in recent years, making her signature elfin vocals and poignant, intelligent brand of pop heard by the wider music scene. Taking careful, measured steps with each phrase and melody line, Wong’s works are full of sonic and textural surprises while her poetic lyrics invite you into her wildly dynamic and introspective style of storytelling. In her 2022 debut album Subliminal she covers substantial ground, with tracks such as “Bloom Indigo” which encourages conversations about solitude and the role it plays in women empowerment and tells the story of Chinese-American philosopher and organiser Grace Lee Boggs on “Grace Lee”, a beautiful acoustic track that encourages us to “reimagine everything”. A brilliant thinker who has turned a knack for storytelling into something much bigger than herself, her music reminds us of the power art has to empower the formation of new possibilities even when there are roadblocks all around us.

Palestinian Canadian singer-songwriter and influencer Nemahsis may have gotten her start on Tiktok like many others – but in wearing her heart on her sleeve she’s gone above and beyond in carving out a niche where she’s able to unadulteratedly express herself. Blessed with vocals like spun silk, the artist gained influence through her cutting edge fashion and makeup looks which often incorporated use of the hijab, but also turned heads with her viral covers. Armed with a gift for lyrical storytelling, Nemahsis’ original works allow her listeners to dive deep under the surface; much deeper than any 15 second video could show as she speaks candidly about her personal experiences as a young woman of colour in a western space, a daughter of Arabic immigrants, and an individual of Muslim faith. Incorporating contemporary folk and Arabic influences into her gentle yet powerful sound, Nemahsis moves the needle slowly but surely, sharing with all who will listen her fight for gender and race equality. On her debut EP “eleven achers” she speaks plainly but vulnerably on songs such as “hold on to me”, “immigrant’s tale” and “i’m not gonna kill you”, each seeded with a different tale of heartbreak and melancholy that can’t help but instil empathy in her listeners. It is rare to see activism that comes in such gentle yet powerful forms, and it is groundbreaking how Nemah continues to hold the door wide open for diversity in the creative and new media spaces.

Born in Canada, raised between Singapore, Malaysia, the UK and now based in Toronto, singer-songwriter Chara Kai-Le may be relatively new to the scene, but her voice can’t be ignored with that brassy spunk she brings to the table. Deeply inspired by her experiences growing up as a member of the diaspora, her music fuses elements of reggaeton, R&B, hip hop, trap and traditional elements to reprise her fiery approach to making sense of her identity as a young woman of colour experiencing society. Never one to mince her words, Chara’s sweet tone is evenly matched with her razor-sharp tongue as she waxes lyrical on tracks like ‘Asian Enough’ where she questions a displacement of identity, infusing traditional sounds and the Cantonese dialect to drive her point home and gets vulnerable on songs such as ‘Back Home’ which tells the heart wrenching and all-too familiar tale of managing the expectations of immigrant parents while trying to follow ones’ dreams. While her latest EP ‘LIMINAL’ is her first official body of work, it perfectly sums up her sassy personality, wit and passion for making her voice count, and we’re already in hook, line and sinker, eager to hear more.

Listen to our ‘Women of Colour in Power’ Playlist