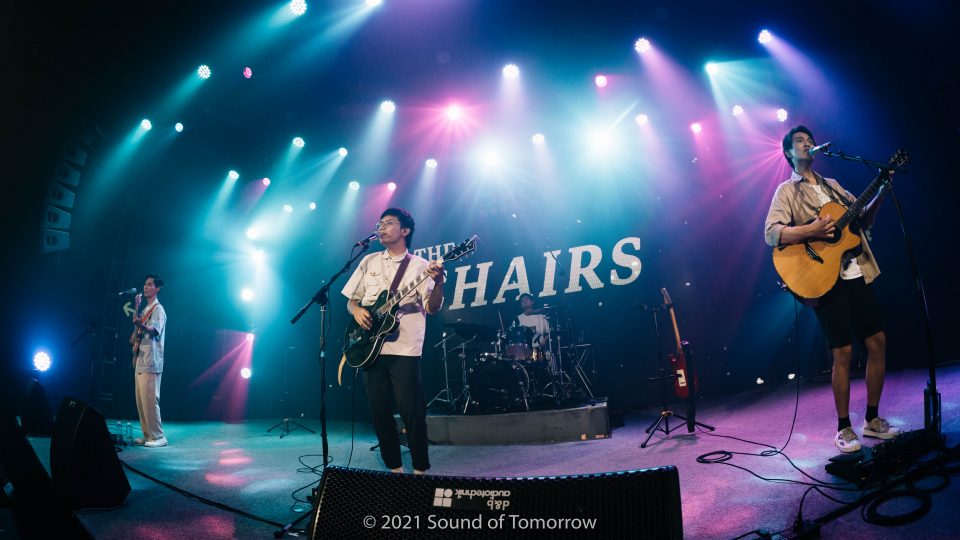 Recalling her childhood growing up in a small town in the southwest of Sichuan province, Shu Zhan remembers the soundtrack of her school years coming from artists who produced their music 1,500 kilometers away to the east. “I started listening [to pop music] when I was ten years old, around 2004 or 2005,” Shu, who now works as a data analyst in Shanghai and asks to be known by a pseudonym, tells Asian Pop Weekly. “Kids around my age in the area were all about Jay Chou 周杰倫, S.H.E, Wang Leehom 王力宏, Show Luo 羅志祥, JJ Lin 林俊傑.”

All these artists had one thing in common: they made their music in Taiwan.

Back then, in the 1990s and early 2000s, Taiwanese music and pop culture was the mainstream on the Chinese mainland and throughout Asia. Fast-forward to the present, and while the now 43-year-old Jay Chou 周杰倫 still fills out stadiums for live shows, Taiwanese pop no longer dominates the mainland’s increasingly competitive music market.

Yet Taiwan acts are in the midst of a second coming, having found a new niche for themselves in an indie scene on the mainland now awash with bands from the island. The growth is fueled by mainstream reality shows focused on indie music and a growing interest in live music, with acts such as alternative synth-pop outfit Sunset Rollercoaster 落日飛車 selling-out mainland tours year after year, and Hokkien band Eggplantegg 茄子蛋 amassing over a billion plays on music streaming platform NetEase with their heart-wrenching rock ballads.

Fueled by the phenomenal popularity of Teresa Teng 鄧麗君 in the 70s to 90s, considered Taiwan’s first successful musical export to the mainland, Taiwan’s worldwide music sales began surpassing worldwide sales of music made on Chinese mainland in 1993, peaking at a value of over 400 million US dollars in 1996 and holding a steady lead until around 2003, according to the International Federation of the Phonographic Industry, an industry think tank. But by 2010, Taiwanese music sales had fallen to under 100 million US dollars, compared with the nearly 150-million US-dollar sales of mainland music.

Taiwanese pop music’s decline has continued since. At the time of writing, just 12.5 percent of 200 trending songs on NetEase’s “Hot Song Chart,” which is updated daily, were by artists from Taiwan or with a significant audience on the island, over 61 percent of whom debuted before 2010.

In the 1990s and 2000s, lighthearted Taiwanese idol dramas—TV shows starring musicians and using their music as the soundtrack—such as Meteor Garden (2001), The Prince Who Turns Into A Frog (2005), and Miss No Good (2008) became popular on the mainland and buoyed the careers of acts like Rainie Yang 楊丞琳, Fahrenheit 飛輪海, and S.H.E to new heights of stardom, proving to be an effective marketing and promotion strategy for their tender ballads and youthful, energetic dance tunes.

Surging economic growth in Taiwan between the 1960s and 90s led to a boom in the music marketing industry and brought cutting-edge recording technologies. The wealth of the island also made the culture and trends that emerged there desirable to audiences in the still relatively less well-off mainland, while artists had unique sounds forged via diverse cultural influences from Japan, U.S., and the Chinese mainland.

In comparison, “During the early 2000s, the most popular mainland artist was Yu Quan 羽 · 泉 (a male pop duo known for their love ballads). Other mainland music was more traditional, like folk music you hear at Lunar New Year Galas, or more inane themes like “Mice Love Rice 老鼠愛大米,” Shu recalls, referencing a pop song released for free on the internet in 2004 by Yang Chengang 楊臣剛, a previously unknown music teacher from Wuhan. “To [kids my age], Taiwanese music was more progressive compared to mainland music.”

“When I was little, around the beginning of the 2000s, because of economic development, Taiwanese culture gained an advantageous position compared to that of the Chinese mainland,” explains Xing Xiaole, a 37-year-old producer and head of artist services for Believe Music, an international music distributor, in Beijing. “Most people born in the 80s would agree that Taiwan’s pop culture was the most progressive; everyone was anticipating what Jay Chou 周杰倫 or Mayday 五月天’s next album would be about.”

But as the mainland’s economy grew drastically and the Hallyu K-pop wave started to gain momentum worldwide, Taiwan’s pop music couldn’t maintain its dominant position. Xing recalls the precise moment he noticed the tides turning: when Singaporean pop sensation Stefanie Sun 孫燕姿 (who first became popular in Taiwan and is intimately associated with Taiwanese pop music’s earlier popularity on the mainland) announced that her 2013 comeback album’s worldwide premiere would happen not in Taipei, the Mandopop capital of the 2000s, but in Beijing.

Nostalgia remains for pop stars of the past, but while “Taiwanese music that we hear [now] still comes from those same people we loved previously… [it] doesn’t have that kind of huge wow factor or feeling anymore,” believes Shu.

Yet Taiwan artists have found new routes to the ears of mainland audiences, embracing their alternative streak and forgoing the derivative pop of past stars for urban genres such as hip hop and R&B, and leaning into a strong independent band scene that has existed since the 80s.

According to Xing, the biggest influence of Taiwan music in the Chinese mainland today “comes from indie bands… such as No Party For Cao Dong 草東沒有派對 and Sunset Rollercoaster 落日飛車.”

Rock band No Party For Cao Dong’s groundbreaking debut album The Servile 醜奴兒 broke the mold in 2016 with their cynical (厭世) style of writing, pervading even mainstream culture in China with their elaborate, dark metaphors on societal critiques and muddy, subversive guitars.

Their song “Wayfarer 山海” has been famously covered by the likes of mainland Chinese pop superstar Hua Chenyu 華晨宇 on reality show Singer, and has become a favorite audition song by amateur artists such as Li Zhen Wu 黎真吾 who performed it on The Voice of China in 2018 and earned tens of millions of views on Bilibili and other streaming platforms.

The boom in mainland reality TV shows and music competitions, such as The Rap of China, Produce 101, and The Big Band, has provided new avenues for independent artists from Taiwan to gain mainstream visibility and engage with huge audiences on the Chinese mainland. A hashtag related to The Big Band, for example, had racked up over 46.5 billion views on Weibo by 2020, around two years after the show’s debut.

The Chairs 椅子樂團, a Taiwanese indie-folk band who reached the semi-finals of the show in 2021 and endeared themselves to viewers with their soft-spoken personalities, now have almost 300,000 followers on NetEase, which has over 180 million users, and are just one group among a tier of promising emerging artists with an engaged following who can pack live venues across China.

In an echo of Taiwan’s pop heyday, there is still a sense of prestige and originality that continues to be associated with Taiwanese indie music in the mainland today. According to Xing, “In [the Chinese mainland], a lot of young musicians are easily influenced by market trends… But Taiwanese musicians’ compositions seem more autonomous, so there are more surprises.”

Xing argues that a less formulaic approach to the creative process provides more room for innovation and spontaneity, creating a more diverse array of sounds, influences, and genres. For example, The Chairs’ repertoire features songs in multiple languages such as English, Mandarin, Japanese, and the Hokkien dialect, and their influences range widely from The Beatles and David Bowie to Mac DeMarco and Jason Mraz.

Due to these advantages and the lack of language barrier, there’s an obvious pathway for Taiwanese indie musicians should they choose to pursue further activities in the mainland. But Eazie Huang, The Chairs’ manager and producer, warns against idealizing the mainland market, “If considering from the language angle, of course [the mainland market is] easier,” Huang tells Asian Pop Weekly. “Right now, some [Taiwan] bands seem to be performing well, but I believe a guaranteed market does not exist… listener tastes are constantly changing.”

Taiwan’s golden age of domination in the Chinese mainland’s pop music scene has been swept away by competitors, not least from the mainland itself. Though this older generation of stars “still retains its influence [on the Chinese mainland]… it is an influence that remains a part of [listeners’] youth,” says Xing. But now a new generation of Taiwan musicians are captivating young mainland audiences with fresh, alternative genres. Who knows whether their reign will last as long as the likes of Jay Chou 周杰倫.