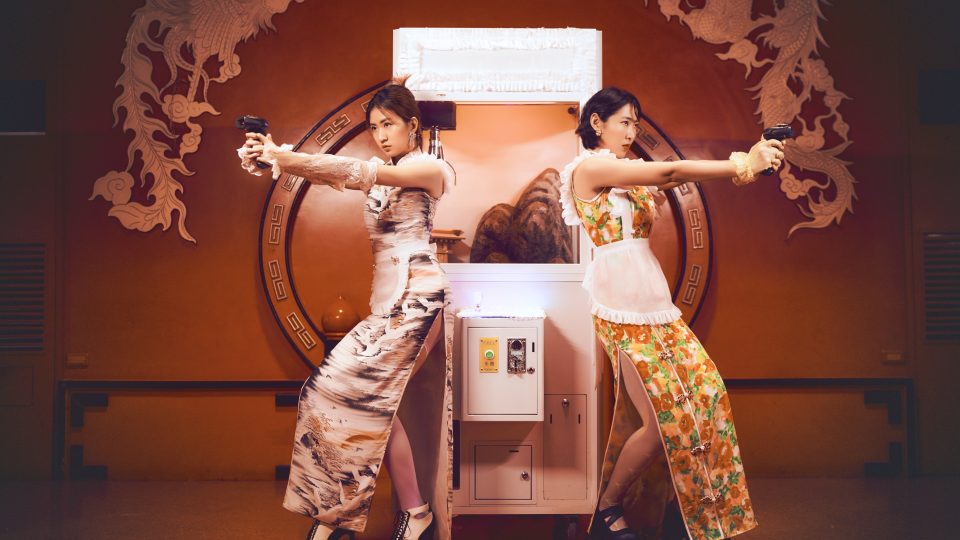 Soulful songstress Joanna Wang王若琳 and Jazz-inspired artist 9m88 have already established their reputations as two of the hottest female solo artists in Taiwan. So sparks were sure to fly when the two musicians teamed up to cover “Material Girl” by another icon – Madonna – and the results didn’t disappoint.

Their new spin on the ageless track, which dropped on 22nd April, strips down the song to its bare bones before relayering with glitching 8-bit synths and punk guitar riffs, heavily influenced by the world of anime and retro computer games. With South Korean duo Coach & Sendo coming on board to add the digitised drum elements, the track serves up serious girlband vibes for the hyperpop generation.

The artists first started toying with the idea of a collaboration back in 2020, when 9m88 – a self-proclaimed ‘huge fan’ of Joanna’s was invited to work together with her on a cover song.

Settling on the 80s track “Material Girl” because it “offered unlimited possibilities to adapt”, the duo threw themselves into the process of reimagining it. “We just decided to ‘never give up’” Wang shared, “we kept on playing with different elements until we found the best version, so I’m really pleased with the final result”.

Their dedication to the theme continues into the music video, which is an unashamed tribute to all things material and all things kitsch. Wang and 9m88 play two bored waitresses who win big on a claw machine and get the chance to experience the life of the rich.

Mashing together elements from the East and West as well as combining the retro with the futuristic, the duo play laser tag in qipao’s with a pricing gun and dance a funky “money-worshipping dance” specially choreographed for the song. “The dance is so fun, it makes you want to join in” says 9m88, “if you watch the video you’ll see it’s really easy to learn”.

We’re hoping this isn’t the last we will see from this iconic duo – we’ll be keeping a watchful eye out for more collaborations in future!