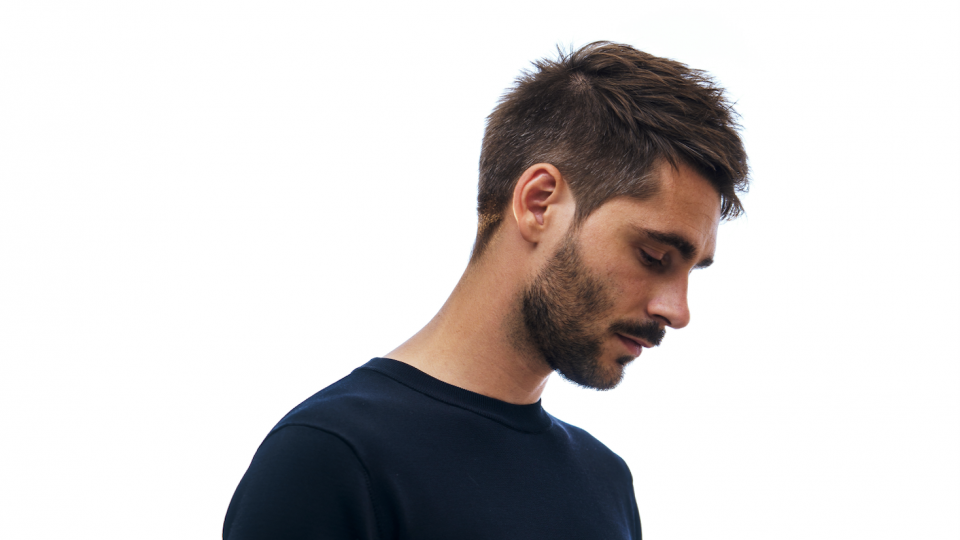 French composer and electronic artist Worakls aka Kevin Rodrigues has been a mainstay in the European electronic music scene ever since his debut in the early 2000s. Known for his groundbreaking fusion of classical and electronic elements and his frenetic sound, the musician’s breathtaking live shows have gained him much acclaim over the years.

Yet despite his success, the passionate producer shares that bettering himself artistically is his greatest task, and his greatest challenge.

“I have this obsession of improving myself… I can’t stay on the same level. It’s like a competition with myself. I want to improve my playing skills, my composing skills, the shows, the tracks … everything! There’s so much to do! I wish I wasn’t that competitive sometimes… of course it’s great for the craft but it can be a curse for the soul too…”

Given this can-do attitude, it is clear to see why Worakls’ first label is called ‘Hungry Music”, and why he’s considered one of the foremost mavens of the European electronic scene. While striking a balance between his quest for perfection has definite downsides, it’s allowed him to develop a penchant for incorporating different genres and cultures into his music.

A perfect example is his latest single “Inked”, which sees him foray deeper into the Eastern musical sphere with the help of Taiwanese composer Wen Yu. Despite having never been to Asia, Worakls shows with the right approach and respect, anyone can experiment and create culture-crossing musical works. He shared with us how he’s inspired to incorporate different cultures in his works.

“I think Music and inspiration is rich from everything you lived, listened, saw. All the cultures are mixed today with globalization but I love to learn more about the specific details of each culture I meet. I trained my self for years to close my eyes and just hear notes. I just can’t explain how it works but if i would tell you to do it and visualise a place you would do it easily. That’s exactly the same with music!”

Having always loved Asian music and traditional instruments, Worakls shared that he had previously tried to capture their poetry on projects such as “By The Brook”. But connecting with Wen Yu, a multimedia composer via Instagram was the missing piece to his puzzle.

“We met on Instagram and I think we instantly enjoyed each other’s world. The whole collaboration was actually very easy because we both like film music, electro and folk music. So even though we have some differences, we are actually quite similar ! We respected each other’s opinion and tried our best to make it work. I couldn’t speak for her but on my side it was an absolute pleasure.”

Sharing the notion that ones’ culture is inked into their skins, that became the core concept behind the enchanting, magnificent soundscape presented on “Inked”. Bringing on traditional Eastern instruments such as the Erhu, Guzheng and Chinese flute, Worakls and Wen Yu weave together an extravagant tapestry that pays homage to Eastern imagery and poetry whilst retaining Worakls’ signature nervous energy.

Although east-meets-west collaborations in the electronic music sphere have been done before, it was a pleasure to see how intimately Worakls and Wen Yu exchanged ideas to bring this idea to fruition. Clearly this is not your average arms-length collaboration or PR stunt, but a true intent on both musicians’ parts to merge their worlds and create something new.

“There’s a moment when it really clicks and you feel that something new is getting out of the collaboration. As if instead of two people we were becoming a third person. As artists we try to develop and improve every day, working with others can really help to discover new sides of our artistic personalities.”

Down-to-earth, honest and gracious, in our interview the passionate artist seemed to always circle back to being and staying hungry. When quizzed about the future of his new label Sonate, the talented producer had no clear answers, but his philosophy was crystal clear.

“I don’t really think about what it will become because as everything I did in music before,  I’m trying to be honest with my feelings and inspirations. All my projects evolves with me as I grow up. So I can’t really tell how tomorrow’s gonna look like but I can tell you it will be 100% passionate and led by a deep hunger of making things right and as beautiful as I can!”

Hungry to push his artistic potential past its limits, hungry to take onboard new ideas, hungry to discover different, unknown worlds and cultures, Worakls is truly an artist of the highest caliber. It takes a special person to forge understanding and create new sounds outside of their home culture, and an even more unique person to understand the value in doing so. While “Inked” marks the first of such experimentations for Worakls, we’re sure that for this indomitable artist, it won’t be the last.