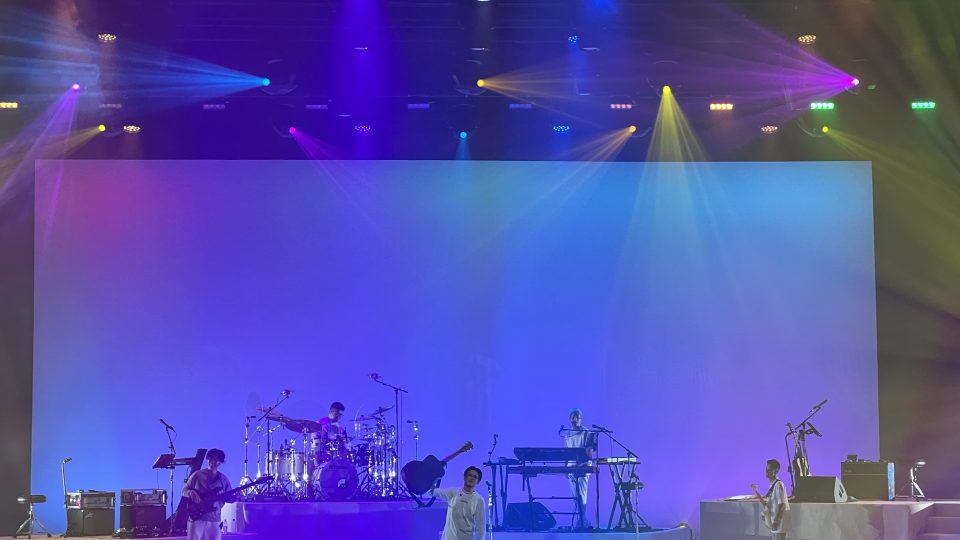 For those in attendance at Singaporean crooner Gentle Bones’ charity concert in partnership with the RHT Rajan Menon Foundation on the 22nd of July, the night was full of surprises; the biggest of which being Bones’ (otherwise known as Joel Tan) abrupt announcement that he would be ‘retiring’ the Gentle Bones moniker in Singapore by the end of 2022.

Quipping that his last live performance prior to this was in 2019, the soft-spoken performer who has won the hearts of listeners across the region for his introspective style of pop embarked on a mission to showcase some of his most memorable tracks during the evening; such as “dear me”, “I Wouldn’t Know Any Better Than You” and “Lost”.

Backed by a full band, Joel took to the stage clad in white to bring his usually-intimate tracks to life for what appeared to be the last time; incorporating elements of Rock, Soul and Electronica to whet his engaging audience’s appetite.

However, this momentous announcement was only revealed towards the close of the show; and not before inviting some of his most loved collaborators onstage to join in the fun.

While Linying’s 2016 duet with Bones “Liar” marked one of our earliest tastes of the artist’s intimate and oft-melancholic songwriting style, his collab with Benjamin Kheng on the upbeat “Better With You” (2020) marked the artist’s movement towards a lighter positivity in his sound. This continued as he began experimenting with different genres and fusions such as in “Two Sides” with Charlie Lim and “你還不知道? Don’t You Know Yet?” featuring Tay Kewei which saw him delving deeper into fusions of R&B/pop and Mandopop respectively.

Audiences were rewarded generously that night also with an unexpected visit from Singaporean superstar and Mandopop royalty JJ Lin who revealed himself in the audience in an impromptu moment that had him come to the front and sing the last few lines of his duet with Gentle Bones “At Least I Had You” to a frenetic crowd.

But the true highlight of the night was nevertheless Bones’ serene vocals that flooded every song, bringing back memories of every moment that his music has accompanied, soothed and grounded listeners since he was just a boy in his bedroom making covers back in 2010.

Of his decision to bring this chapter to a close, Tan cited that this was something that had been on his mind for a while given his reserved personality, and that in the last few years what had pushed him to continue making music was the fact that he felt he had more to contribute to the Asian music industry at large.

While we are sad to see this juggernaut of the local industry bring one chapter to a close, as he mentioned in an Instagram post after the show, “there’ll still be more music to be made 🤍 “, meaning that hopefully this won’t be the last we’ve seen of Joel Tan yet.

Listen to our “Best of Gentle Bones” Playlist here