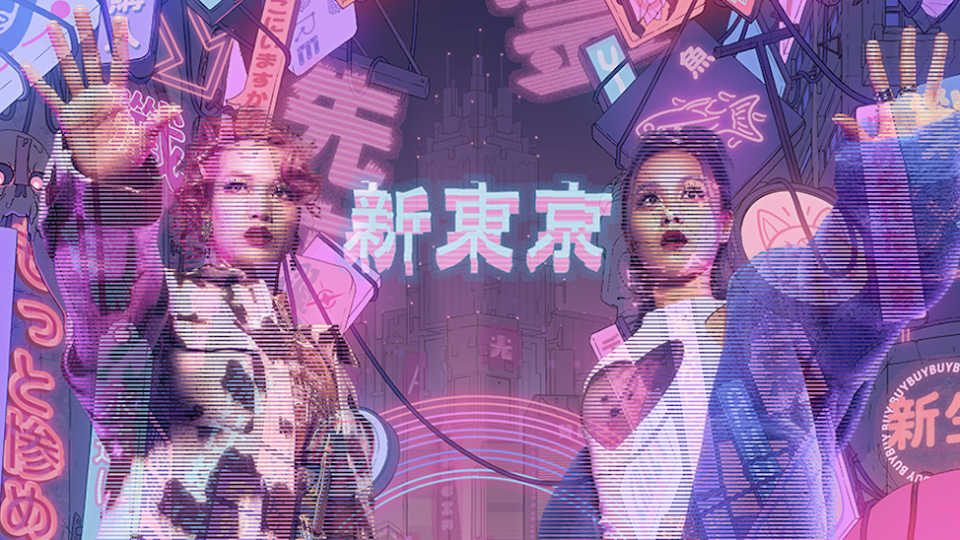 Imagine ‘I’m a Barbie Girl’ played on steroids with a touch of Kawaii and spice, and the music of Japanese mannequin duo FEMM is what you’ll get. Featuring a vibrant, girlish yet deliciously over-the-top flavour in their electronic bops, the duo are mesmerising in their individualism which has caught the attention of platforms all over the world such as The Huffington Post and Perez Hilton.

What is it about them which has enamoured audiences the world over? We’re about to find out. Formed by RiRi and LuLa, the duo are positioned as ex-fashion mannequins who were scouted by a mysterious agency by the name of FEMM. Taking on the name FEMM themselves and fighting for the causes of girls and dolls everywhere, they’re on a mission to show the world what dolls like themselves are capable of.

Creating exhilarating, colourful soundscapes that deliver messages of unabashed feminism in Japanese and English, it’s not hard to get sucked into their intriguing world. Providing escapism of the highest level that is able to turn the coldest of hearts, these mannequins are living life large and paving the way for humans to follow in their footsteps too, with the help of world-class producers such as Boys Noize (Frank Ocean, A$AP Rocky), Danny L Harle (Rina Sawayama, Charli XCX) and Star Boy (Da Baby, Lil Uzi Vert).

We had the pleasure of chatting with the duo who are bursting at the seams with creative energy as they spoke about their humble beginnings all the way to their recent albums Tokyo Girls Anthem and Tokyo Ex Machina.

Q: Could you share about how you two mannequins came together and decided to embark on the duo project of FEMM to begin with?
RiRi: We used to be fashion mannequins standing in store windows, but was scouted by agents from FEMM’s Agency Syndicate. They upgraded us and we became leaders of all mannequins. We started shouting out the rights of mannequins back in 2013, we chose the format: Music and Dance, since it’s easy to deliver our message worldwide and borderless. There are so many mannequins that been mistreated and we just want a better world where mannequins and human can unite:)

Q: You incorporate genres such as Vaporwave, hyper pop and ‘80s and ‘90s J-pop in your music. What are some artists who have influenced your sound?
LuLa: When we made our “80s/90s J-POP REVIVAL” album we listened to lots of songs in that era. And that was a good inspiration. I can’t really think of one person though.
RiRi: I think our agents (fans) especially love our Hyper POP vibes. Whenever we release a song in that style they go crazy:) hehehe. Lately we think that 80s vibe is really hot and combining with the recent sound it can bring something new.

Q: As mannequins, our burning question is – how do you get inspiration for your music?
LuLa: We wanted to express that us mannequins have emotions too. That’s why we started music. As for daily inspiration, we get it from music of course, but also from people watching in the streets.
RiRi: We wanna see our agents happy faces 🙂

Q: Congrats on your latest album Tokyo Ex Machina! While released very soon after your December release Tokyo Girls Anthem, the sound and themes in the album seem very different. What was the logic and connection between these two albums?
RiRi: Actually these two albums were meant to be one, but since we were making so many different kinds of tracks we decided to divide them. First album Tokyo Girls Anthem was released at the end of 2021 and was kinda like finishing up our rap, hardcore vibes. Second album Tokyo Ex Machina released at the beginning of 2022 is full of emotion. This is really taking us to the next level, both as mannequins and artists.

Q: You guys collaborated with a lot of big names behind the scenes on this latest album. Were there any producers who you particularly enjoyed collaborating with for this album?
LuLa: We are so lucky to be able to work with so many amazing creators! We didn’t actually get to meet him, but Vedo who was the songwriter for Tic Toc was awesome:) It was an honor to work with him.

Q: Do you both have a song that you particularly love from this record?
RiRi: My fav is “Outta the Clouds” We chose “Outta the Clouds” from over 100 demo tracks and it was my fav back then, and still my fav. The MV is awesome too. We could really express our feelings.
LuLa: Tough question, but I think I’ll choose “We Got Each Other.” I like how it starts.

Q: Your music lives in a wonderful niche where it’s not quite indie, not quite pop. Not quite Japan-centric genre wise, but also not exactly your average western pop. In one sentence how would you describe your sound and the message FEMM wants to put out?
LuLa: Thank you for your compliment! We are always making music centered with the theme “Girl Power.” And as for the sound, since we are two voices mixed as one it gets an original vibe. People might say that’s really “FEMM-ish.”

Q: The themes of your songs are always empowering in a very interesting way. Very unabashedly feminine and strong, but also it can get reflective and introspective in the lyrics. Was this something intentional?
RiRi: I think we have grown a lot in the past years. Since we began from scratch, just being an ordinary mannequin and transforming into artists, it wasn’t easy at first. But as we got to know more about human and build up our emotions, we understand that letting out our rawness is very important. Even the ugly parts and weaknesses. To become a strong woman we need to embrace our dark sides too.

Q: We love how a lot of your music revolves around the themes of womanhood – what does it mean to you  to be a woman in 2022?
LuLa: It seems like diversity is one of the key words these days. People are speaking out more than ever and I think society is trying to respond to their voices little by little. We are proud to be living in this world right now.
RiRi: Strong and confident women are sexy!! But also we don’t have to be afraid to show our weakness. I think just being yourself is the most beautiful thing.

Q: You’re also particularly internationally focused, especially for a Japanese act. Why is bringing your unique sound to wider audiences something that’s important to you both?
RiRi: Since our main goal is to deliver our message wide and far for all the mannequins out there, for sure it’s important to make a worldwide success. Not just to mannequins, but to human as well. To make peace with both worlds, it’s important to connect with each other.

Q: What’s on the cards for you in 2022?
RiRi: Hopefully we can travel and go perform for our agents overseas!  If we could come visit Singapore, that would be so cool:) Plz keep an open arms for us:)
LuLa: 2022 should be a fun year for FEMM! If more people find out about us and enjoy our music that would be the best!!! And we wanna go and see our agents in many countries!

Bubbling over with supernatural enthusiasm for supporting other dolls and women out there, these dolls have taught us a thing or two about living in a world that wasn’t necessarily scripted for us. Despite setbacks, and despite the odds, by thoroughly embracing who we are – women or mannequins – as cheesy as it sounds, we can truly change the world.

Check these elite mannequins out on their Instagram or TikTok and listen to their latest album “Tokyo Ex Machina” here.