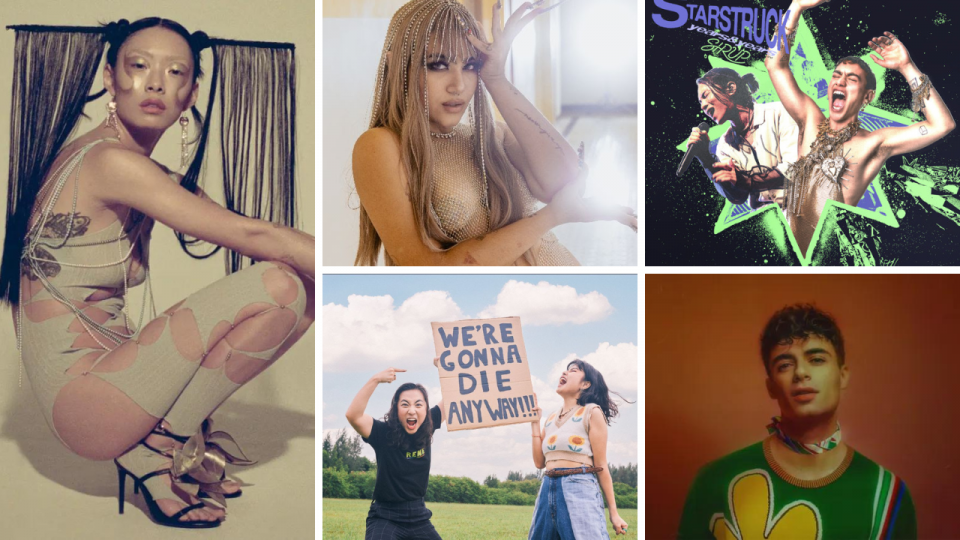 As I grow older, I am discovering how increasingly hard it is to find your own people and be accepted and welcomed for who you are. And when I think about that, multiplied exponentially to encompass the discrimination that queer communities all around the world face, it becomes clear why LGBTQIAA+ rights is a universal truth that we all must champion.

I am constantly astounded by the resilience and vibrance of the LGBTQIAA+ movement, and especially by the efforts of Asian artists as they face their own unique challenges around the world. Music has always been a key component of queer culture; from the dancehalls of New York’s drag scene to the adoration of camp pop divas around Asia; so it is heartening to see how it has been used to create safe spaces, or conversations around identity that are much needed. From Singapore to Japan and so many places around and in between, here are five pride anthems by some of our favourite queer artists this season.

Forever an anthem for the queer community, I was brought to tears when Rina Sawayama sang ‘Chosen Family’ at her London stop of her Dynasty tour as the crowd sang along with her word for word. As a queer, Japanese-British artist, no one does exploration of identity better than this pop princess. After coming out with bop “Cherry” in 2018, Sawayama has continued to empower queer and BIPOC communities, this time with her gentle, warm words and anthemic chorus where she simply sings: “we don’t need to be related to relate/we don’t need to share genes or a surname/you are, you are my chosen family”. And coming out with a rendition featuring Elton John, one of the biggest queer icons of the 21st century? No words. No words.

LGBTQI+ act Years & Years helmed by Olly Alexander has been a shining beacon of unadulterated acceptance for the queer community worldwide since the band’s debut in 2013. Known for his no-holds-barred declaration of his sexuality and representation of the community, and combined with an irresistibly vibrant electro pop sound, who could resist what he’s putting out? In an unprecedented move, Alexander has teamed up with Japanese ally and hip-hop/soul music pioneer SIRUP to do a remix of his energising 2021 hit “Starstruck” to spread the good vibes to even more audiences around the world. On the remix, SIRUP adds his unique flair through his signature fast-talking melodic raps, and grungier take on the disco-inspired track. A couple of listens will have you down on the dance floor voguing (if you can) in no time.

One of our favourite tracks from queer icon-in-the-making Kento, “Silhouette” sounds like a track that would fit in perfectly in the ballrooms of New York with its shimmering disco/electro pop tendencies. A cancer survivor who is part of the LGBTQI+ community and on the autism spectrum, Kento has mentioned that he considers these traits his superpowers that make him unique, and “Silhouette” continues to spread a similar message. “Make it good, make it last so they never forget/Your Silhouette” echoes throughout the piece as Kento encourages all diverse humans to rise above the darkness and unapologetically be ourselves.

Thai-Italian queer singer-songwriter SILVY is a true QUEEN in the making. As someone who is unabashedly proud of her body and her orientation, her fearlessness translates perfectly into songs such as “QUEEN” which borrow from the annals of 2000s style sassy R&B-pop a la Christina Aguilera/Pussycat Dolls while making reference to queer icons such as Madonna and Gaga for a “sassified” twist. A song about being confident in one’s own skin, no one walks the talk and could pull this over-the-top bop off as well as SILVY can.

Singaporean singer-songwriters Marian Carmel and RENE have come together in this wholesome collaboration we fully do not deserve titled “we’re gonna die anyway!!!”, depicting the unique situation many queer folks find themselves in while living in Singapore. With playful references to the bleak situation many find themselves in, such as the inability to request for government housing until 35 (due to the government not legalising gay marriage and disallowing single people from requesting for housing before that age), the cute track sees the duo call on listeners to express their identity and love however they choose because…well, we’re all gonna die anyway.

Listen To Our OUT’N’PROUD Playlist