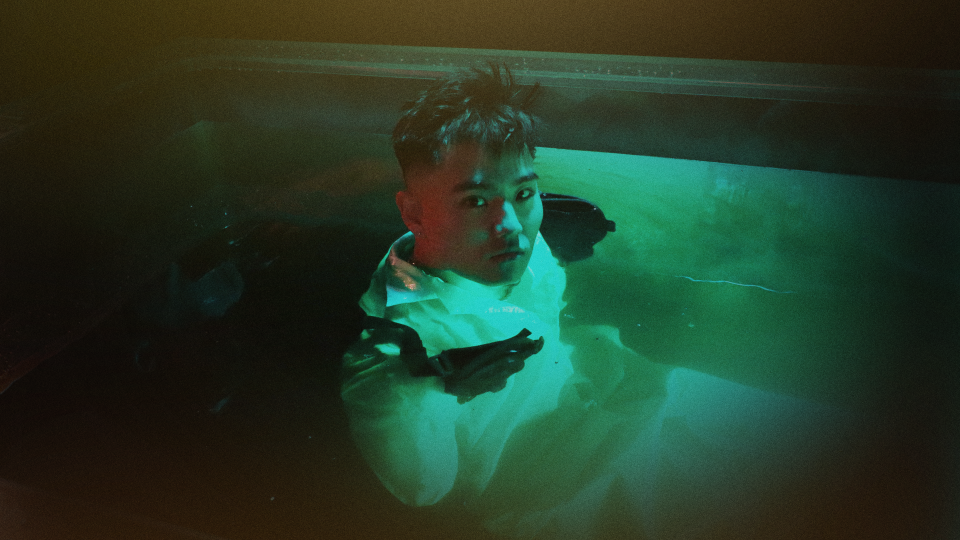 Melding hypnotically mesmerising melodies with almost schizophrenic arrangements that keep you guessing at each turn, Korean-American singer-songwriter brian mantra is one artist to watch.

Pairing his debut single “BUGS R US’ with a glitchy green music video that is breathtaking in the simultaneous grace and intensity of its cinematography, we don’t quite know what we’re looking at, but we can’t take our eyes off it in any case.

A cinematic dystopia directed by American Director and Photographer E V E R S, the music video addresses themes of technology, isolation and otherworldly forces in the form of a lime green-tinged nightmare; further heightening the expansive world of the track created by mantra.

The first-generation Korean-American artist shared the inspiration behind the song:

“Writing ‘BUGS R US’ at the beginning of lockdown was a form of escapism and the result of wanting to travel within borders of love and friendships while being in insolation. The solitude taught me lessons about adaptation and transformation, and this track was an ode to finding peace through the process. The timeline from writing the first lyrics to receiving the final cut of the music video spans over two years, but the record’s meaning is still relevant to me today.”

Indeed, there is this sense of silent calm that somehow exudes from this piece and the music video despite its fast-paced storyline and nightmarish themes; likely to do with the artful arrangement of space within the track and accompanying visuals.

With a strikingly unique sound and breathtaking visuals to match, this is one artist you’ll want to get it on the ground floor on.