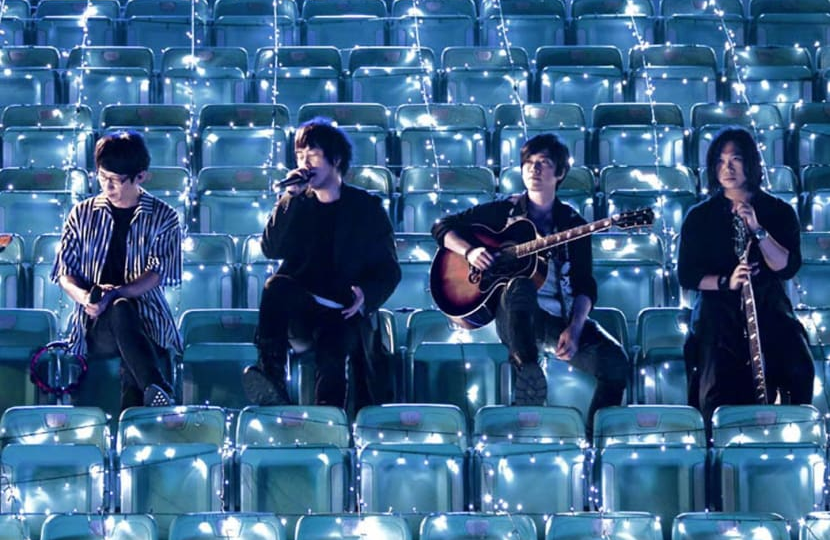 The sweat glistens on Jay Chou’s brow as he grasps the microphone, pouring all his energy into an emotional rendition of his legendary ballad, “Blue and White Porcelain 青花瓷”. “I’m crying!” someone writes in the comments. “You were my first love!” writes another. The Chou staring back from the stage is decidedly younger than he looks in his recent Instagram posts, without the stubble and tiredness of a man in his mid-40s.

That’s because this is not the Chou of 2022, but of 2016. As Shanghai’s city-wide lockdown entered its second month in May of 2022, millions of viewers had flooded to the Tencent’s TME Live platform, coming together to relive the songs of their youth and the days of offline concerts through this one-off re-screening.

Online concerts had started to become popular even pre-pandemic on the back of viewers flocking to streaming sites. But the pandemic has made them explode into a worldwide trend over the past two years, as wave after wave of restrictions made attending concerts in person uncertain or impossible.

Now, however, the rapid spread of new coronavirus strains and the accompanying “dynamic-Zero Covid” policy lead to the number of live performances falling by 25 percent in the first quarter of 2022 compared to the year before.

Just as the pandemic birthed a new wave of Chinese gamers in early 2020, so the number of viewers of online concerts sky-rocketed. Levels reaching 150 million in March 2020 and highs of 190 million by December of the same year, while the re-screening of Chou’s concert alone hit over 100 million views on its release in May.

Social distancing rules and travel restrictions have pushed some music festivals to experiment with alternatives. The famed Strawberry Music Festival 草莓音樂節, organized by China’s largest independent label, ModernSky 摩登天空, was forced online back in 2020, teaming up with Bilibili to hold a free online stream of the event.

It went back to in-person concerts briefly in 2021, but 2022 has seen the festival—which holds multiple editions in different cities—return online, bringing together over 82 performances over a seven-day broadcast period. Early statistics showed 11 million fans watched the festival, a huge leap from the 160,000 who attended in person back in 2020. While the free stream might not have generated short-term profits, in an industry which relies on brand power to attract the top artists and sponsors, it surely signals a big marketing success.

But beyond big names and the circumstances of the pandemic, many ordinary bands struggle to squeeze profits out of livestreaming.

Current trends across the world make clear that the most popular online concerts are those who already have a fanbase more than willing to watch. In China, the singers who dominate are those who have amassed incredible numbers of supporters over long careers, like Chou. Legendary rock band Mayday 五月天, founded in 1999, was able to play their greatest hits in an empty stadium but to an online crowd of 29 million fans back in early 2021. Popular Singaporean songstress Stefanie Sun 孙燕姿 played to online crowds on TikTok earlier this year, reaching a whopping 240 million views by the end of her live stream, despite technical difficulties hampering part of her set.

All of these performers are in their 40s or above: a testament not only to their hard-earned popularity, but also to the draw of nostalgia for audiences who want to be reminded of the songs of their youth.

Nowhere was this clearer than in the surprise smash hit of Irish boy band Westlife’s WeChat concert last December, which racked up an impressive 27 million views online. Although remembered by many as one of the English-speaking bands riding the boy band wave back in the early 2000s, Westlife remains a firm favorite in the hearts of many Chinese millennials, many of whom used the band’s songs for learning English back in their teens.

However, technical complications and the assumed post-pandemic return of offline concerts mean online performances are often just a last resort for many smaller festivals and bands. Mia Min Yen, manager of rising Taiwanese starlet 9m88 and curator of Taiwanese Waves, tells APW that back at the beginning of the pandemic people really just wanted to connect with their favorite artists, so they were willing to put up with patchy audio or poor wifi.

But for the shows going out to a wide audience—like 9m88’s set with the US-based Asian music collective 88rising—that is expecting perfect sound and visuals, they have to record it in advance.

Quality can make livestreaming a risky investment. Yu Yang—head of International Cooperation Development for Midi Music Festival, China’s longest-running rock festival—told APW that his team played with the idea of online concerts in 2020 when the first nationwide lockdown began, seeing other countries going in that direction.

But the bands’ musicians weren’t able to get together in the same location, which was a problem. “Real time interactions between musicians at different locations are not possible due to tiny delays via internet connection” Yu tells TWOC, “so that doesn’t work.”

High production costs can also be an issue. The group considered adding in a livestream during the festival that summer for fans unable to travel to the venue. But with artists asking an extra fee for a live broadcast, there was no financial incentive to pursue it.

This was also the case for Beijing-based Eric de Fontenay, founder of music management firm Music Dish 獨立小炒, while attempting to promote tours for his company’s artists on the mainland. While Music Dish had been trying out online events since 2017, it initially found the costs of hiring several cameramen and production crew wasn’t cost-effective. As China shut down in early 2020, the company’s began producing pre-recorded performances for foreign bands on its roster, but as 2021 saw most venues reopen and demand for live performances skyrocketed, its online presence turned more toward promoting upcoming musicians.

The company’s livestreaming presence isn’t dead yet. Its recent Fresh Out the Pot series, hosted on WeChat Channels, a WeChat feature which closely resembles TikTok, features streams from new bands that have only begun releasing music since 2021. To drum up interest, the team hosts Q and As on the live chat, crowdsources the playlist, and sometimes even raffles off band merchandise or tour tickets.

Does this suggest the life-span of online shows will be extended post-pandemic? De Fontenay suggests the technological advances which were able to create a truly immersive experience could open up new avenues for performances, but as with most in the industry, he doubts how it could ever create the same atmosphere of an offline set.

Yu similarly emphasizes the importance of the “physical power of the airwaves” and the “real kick of live sensation.” He doesn’t see “any financial potential for live show streaming sales within the industry, it’s maybe more suitable for [big name] idol artists.”

Yen is also not optimistic about the short-term future of online concerts, unless there is a better way to monetize it, or pandemic restrictions persist. However, she points toward the metaverse as one possible alternative which could generate significant interest in the future. In fact, Tencent has already begun exploring this arena, hosting a virtual concert in collaboration with Adidas and featuring avatar performances from rappers Jay Park and MC Jin—all dressed in the latest Adidas collection of course.

While online concerts enjoyed a temporary boost the past two years, necessitated by China’s rolling restrictions, it seems likely the return to offline performances will nix all but the most popular artists hosting online offerings. While some of the bigger players—such as Tencent, which launched concert live-streaming service “TME Live” in 2020—see potential in the business, it looks like this enthusiasm isn’t felt by most outside the exclusive circle of Mandopop legends (and, of course, aging Irish boy bands).