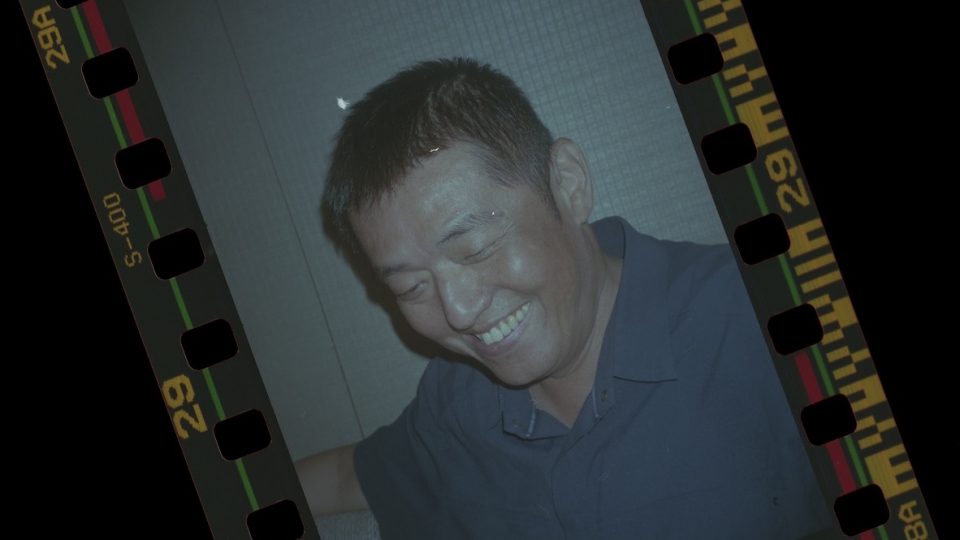 “Flowers planted with intention do not blossom, unintentionally arranged willows make their own way: if it belongs in your life it will happen, if not it cannot be forced.”

These were the parting words left to us when we interviewed legendary Taiwanese creative Lim Giong 林強 on his latest project “A Pure Person 單純的人” done in collaboration with Pure Person Press, a label founded by Angela Lin. While in fact we were asking him about any advice he might have for independent musicians on the contemporary scene, his words very much echo the philosophy he seems to have adopted in recent years.

A multifaceted artist known for his pioneering role in the Taiwanese music scene in the ’90s, the musician, DJ and actor has profoundly impacted independent culture as we know it today. Playing a major role in bringing the Taiwanese dialect to pop music, before breaking boundaries with his experimentations in electronic music, Lim is also equally well-known for his collaborations with Taiwan New Wave Cinema director Hou Hsiao Hsien on soundtracks for critically-acclaimed classics such as 2001’s “Millennium Mambo“, for which he composed the song “A Pure Person 單純的人“.

Backtracking to 1997, Lim shared the story behind this song and how it represented a significant moment in the intersection between his electronic music experimentations and involvement in the Taiwan New Wave Cinema movement.

“1997 was when I went from rock music to becoming interested in electronic music and started to incorporate it in my musical creations. “A Pure Person” was one of the experimentations of this period. At that time director Hou was filming “Millennium Mambo“, a story about the lives of Taiwanese youth and he asked me if I had any recent works. I shared some of the creations I had during this time with him, and that cumulated in the soundtrack to the opening of the movie you see now.”

Always tending to incorporate his own spiritual philosophies and viewpoints into his music, on “A Pure Person”, Lim explains what he was trying to convey through the song at the time:

“No matter how complicated the world is, how dark you are inside, no matter how tempting external fame and fortune is or how you have been polluted or fallen, you have to remind yourself to be a pure person, lift up your spirit and conscience.”

Yet over time, Lim’s views on the subject have changed with experience and his philosophy. As part of the “A Pure Person” project which incorporates various Taiwanese musicians’ imaginings of his legendary work, the veteran artist has included a new composition “Recite 念” featuring his take on what it means to be a pure person in 2020.

“That is a wish for myself. As a Buddhist I am vegetarian and chant sutras. In my daily life I try to leave work up to destiny, reduce self-centredness, restrain desires, and do more good deeds.”

It is interesting how the artist’s religious beliefs have persistently influenced his works over time. Progressive musical experimentations interspersed with strong elements of tradition live side by side in Lim’s music, and he shares that this is because they are intimately intertwined.

“I’ve always believed that progressiveness and tradition communicate with each other. When creating, I usually do it in the present, and try not to consciously try to be progressive. Perhaps because electronic music is in itself abstract, there is a sense of boundless freedom there. So it’s inspiration can be from the heavens to the earth to the universe, there are infinite possibilities. I train my mindfulness to communicate with heaven and earth without the restrictions of time and space. Of course then there is no distinction between new and old.”

Due to his values, Lim treats work as but a small part of his routine, explaining that he leaves it all up to destiny. Thus, it makes such a collaboration with Pure Person Press and founder Angela even more meaningful for him, the collaborators and also listeners who bear witness to this project.

“I’m very thankful to Angela for this fated meeting, I really like all the musical works, this is a one-of-a-kind collaboration that I’ve never experienced before. And not one that I will definitely experience again. In the last few years I leave my work opportunities to fate, and am not particularly proactive. Without Angela, we wouldn’t have this compilation.”

Humble and quick to defer any praise , Lim is not your average musician. Yet it is precisely because of this his perspectives are so inspiring for independent artists of every discipline. While he does not encourage others to follow in his footsteps, his philosophies and words of wisdom are nevertheless worth a listen.

“In this changing era, people’s values are always being challenged. The only thing unchanging about this world is change. Learn to adapt, live in the moment, face this complex world, learn from the Taoist concept of ‘outside-flexible, inside-firm’.”

As we ruminate on his cryptic words, I can see why Angela described working with Lim as a spiritual experience (read our interview with her here). From his outlook on society to his unique sense of self awareness, his words and music provoke us to think about spirituality and the true meaning of purity like never before.

Lim describes the theme of the “A Pure Person” project as “kindness and brightness”. I guess this is something that we can continue ruminating on as we listen more deeply to this insightful and pure-hearted musical conversation.