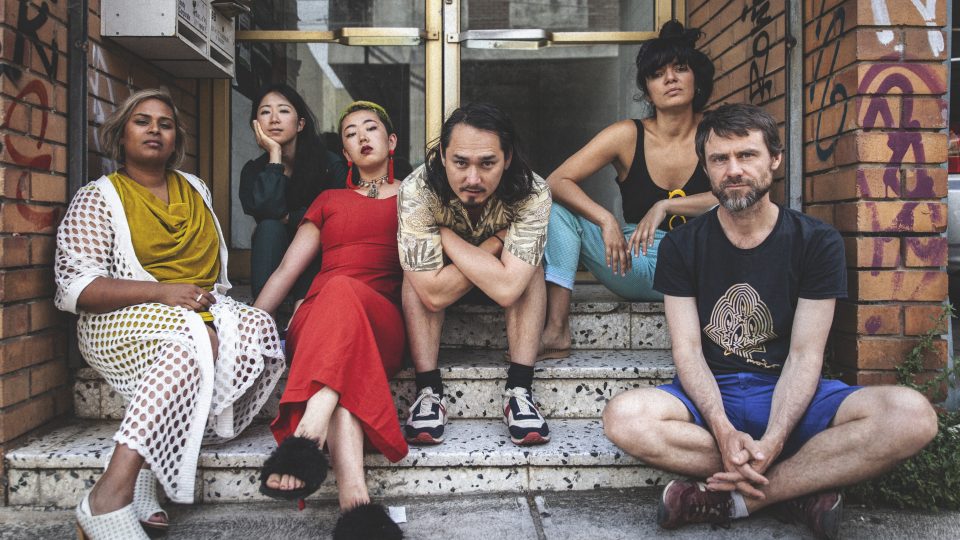 Packed with sounds and textures best described as ‘Pan Asian Psychedelia’, Malaysian-Australian hip-hop producer and artist Joelistics has started a new chapter on his journey with new sonic and visual project Joelistics Presents Film School. Inspired by the anxiety of the 2020 lockdowns that occurred in Melbourne and around the world due to the COVID-19 pandemic, during this time Joel became in the theme of dreams and our interactions with them.

“During lockdown I became obsessed with dreams and memories and the idea they are not stored, they are recreated every time we think of them. With the short film I tried to show, in an oblique way, the fear of losing one’s memories, the ever so slight shift in how we picture things when we remember them and the quietude of memories degradation or something like that.”

Made up of an album and an accompanying short film, Joel shares that while his experience in a producer has set him up well to create this weird and wonderful wall of sound, the film side of the project was an entirely new challenge for him.

“Totally new endeavour, but like so much on this record, it was born from a desire to collaborate and experiment.”

Made of up beats, synths, ’70s Asian pop samples as well as psych-rock journey music and studio improvisations, Joelistics seemed well and truly in his element when describing his vision for the studio album.

“I kept it kind of shadowy in tone with instrumentation drenched in effects and soundscapes, like a concept album of soundtracks and atmospherics, based on the feeling of a memory of a re-occurring dream.
Pre-dominantly instrumental, the only vocalists that feature on the album are all women of Asian descent: Parvyn Singh of Bombay Royale features on the psych rock groove of ‘Samsara’ and dreamy ‘5 rivers’ and HAYTCH (Hailey Cramer) of The Meltdown features on the future soul of ‘Fool’ plus my side project – Garden Tiger Symphony, which is an instrumental group with Francesca Mountfort (cello) and Mindy Wang (guzheng). And then there’s the film and dance components…”

While we still see some of Joelistics hip hop roots showing especially on tracks such as ‘Fool’ featuring HAYTCH, the beatmaker has gone big with his experimentations on the album, sampling a lot from old Cantopop records that bring his heritage to the forefront.

“Back in 2018 I took a trip with my mum back to Kuala Lumpur in Malaysia where I was born and I found this cool little record store and bought heaps of old Cantopop albums from the 60’s and 70’s that became the basis for a lot of the Film School tracks.”

Yet even on ‘Fool’ which Joel says is one of his favourite tracks of the album, his introspective reflections on race issues are clearly on display.

‘We wrote that song in 2019 and it came from asking ourselves what it feels like when you have people saying racist things to you, what thoughts run through your mind which is how we settled on the hook “I’ll make a fool out of you”‘

Even making conscious decisions to collaborate solely with Asian female artists throughout the record, Film School is a poignant statement on Joel’s approach to diversity. The visual part of the Film School project continues to challenge our perceptions of race and identity by incorporating extensive use of animation and various dance styles from across Asia.

“I worked with a director named Rhys Graham and a select crew of amazing dancers including Tony Yap who describes his style as shamanic Malaysian Trance dancing and Yumi Umimare who is Australia’s premier Butoh dancer. We really just put it together on the fly during the break between lock downs last year.”

Vivid yet hazy, incorporating elements familiar and strange, while his methods are unorthodox, Joelistics has presented a gem of a record that listeners will not soon forget. Describing it as “an introspective album that I hope listeners will take as an inward journey”, this album is both a striking reflection of 2020 and the creation of a journey that extends past time and space, taking listeners on a meditation of their identity and role in these changing times.