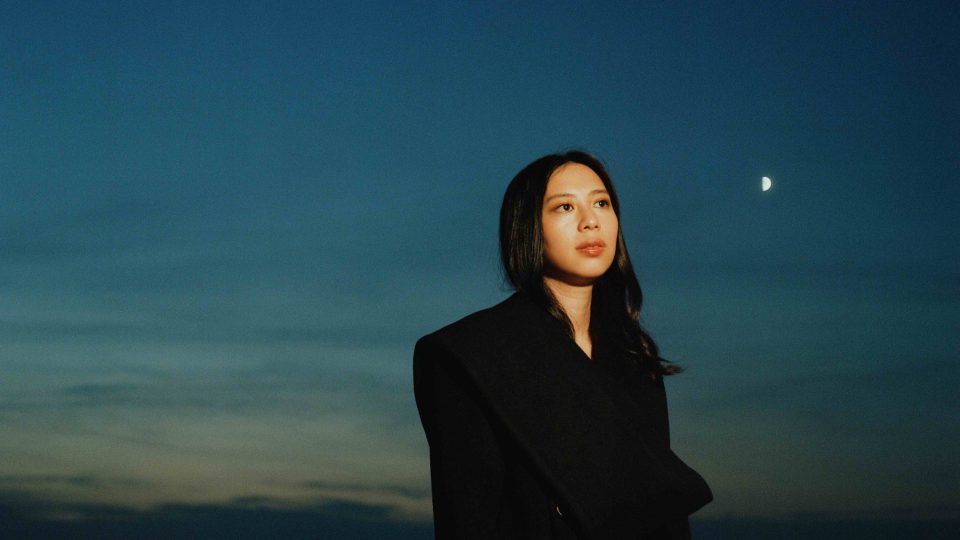 Interview with Anie Fann 范安婷 – Down the ‘Artemis 1889’ Rabbithole

The first time I met singer-songwriter Anie Fann 范安婷, we had a three-hour coffee. Even though we had just met, somehow the conversation just kept going, with one of us always finding another tangent to go on. During that coffee session, Fann had already hinted that she was in the midst of working on her upcoming second album, and although she wasn’t able to reveal too much, I was intrigued already about the topics she proposed.

After releasing her first full-length album in 2018, the curious singer-songwriter found herself stuck for ideas on the direction for her next one. Yet her rumination led her to become more aware of current affairs, sparking a lightbulb moment which led to her second album “Artemis 1889 亞底米1889”.

“After the last album finished, I was like, stuck for a really long time because I couldn’t find any topics to really sink my teeth into… So I think it was just like reading a lot of news. And I became more active, like a more active reader. Sometimes you’d like read, you’re like, that doesn’t really make sense. Like, why is that? And then you will kind of like search and you dig a bit deeper… And then around that time I started watching Black Mirror, which is one of the major influences of the album.”

Indeed, just like Black Mirror, Fann’s latest album “Artemis 1889” invites you to board a futuristic plane to the moon; displacing us from our reality before launching into in-depth discussions on various issues to do with our use of technology and how it impacts our lifestyles and our relationships. Yet for Anie, this album was never about having all the answers. Instead, it was more about illuminating the importance of such questions before it’s too late.

“We just don’t know. Because if we don’t think about it, then it’s just gonna gradually evolve into a certain path that maybe people who are making money, who are these big companies, they are going to be the ones who are leading us down, whichever way. So we have to as a society, we have to say, Is this good for society?”

While on the surface, many of the topics discussed in this album are about technology. But for Fann, it goes much deeper than that in terms of the overall atmosphere she was trying to create.

“This whole album was not really just about technology. One of the kind of things I wanted (to incorporate) was like retro futurism, … this mix of all these different eras…like I still wanted ‘Artemis’, like a really old, classical name. And then also, in the skit that’s going to the moon, the captain says “Please don’t smoke” so then you think, nobody smokes on the plane? But like, in the 50s you did.”

And while the entire concept of this album is very unique, especially in the Mandopop landscape, sound-wise Fann shares that in fact she felt very at home, coming back to her electronic pop roots.

“I guess if you listen to even earlier stuff, I’ve actually done a lot of electronic pop. So it’s actually a style of music I really like and I’m actually more familiar with…And then this album was a lot more my direction, and the producer I worked with also tried to help me preserve that aspect… he was really generous with letting me keep really weird but good ideas.”

Laser-focused on the topic at hand, Anie dived headfirst into creating the environment for each song, even before the melody and lyrics came into existence; turning her usual creative process on its head. And certainly, this attitude seems to have crept into some of the songs on this record. For example, while on the surface her song “Strawberry Cake 草莓蛋糕” sounds sweet, light and friendly, the lyrics are both self-deprecating and an extensive list of all the ways people share their life on social media.

“I think because we have these two extremes. And the song is just one of those extremes, where you’re like, Okay, I’ve had enough, like, I don’t want to see what you’re doing, and I don’t want you to do it. But then obviously, you know, if you are in the state long enough, then you will become kind of like, like, what’s everyone doing without me?”

On top of sharing her personal observations on technology, the album also goes deep into various trends or hot topics surrounding the use of technology in various aspects of our lives. While unpacking the album, I found a particularly interesting thread between Fann’s songs “Switcheroo 換” and “Blue Hair Blonde-Eyed 藍髮金眼” in that they both refer to this ability to ‘edit’ real life that we might not have had before.

“This one (Switcheroo 換) is about deep fakes, and then this one （Blue Hair Blonde-Eyed藍髮金眼）  is about, like, genetic modification. So, I mean, I can see how you saw the thread because they’re both about manipulating something to get a different thing. So I think that’s, that’s the thing that you picked up on, which is like, first you get a rough idea of what you want and then you tweak it…and also if you do tweak it to what you exactly want, is it really what you wanted?”

Fann’s differently wired thought processes also come out in the way she tackles the issues she presents on her album. Shying away from generic worldviews, Fann combines her experiences with pop culture and technology as well as her identity as a woman on her track “Human(ly) 真人”, which tells the story of a female robot stereotypically built to patriarchal standards.

“While I was writing this I also did wonder why in a lot of popular culture (Ex Machina, Blade Runner, Her) they all have like the female (robot) who is like, the girlfriend or the person who’s taking care of that main character. So I kind of wondered when you’re portraying these two relationships between a person and a machine, why do they use the woman as the machine part?”

In bringing this up, this brought us onto a whole discussion about how patriarchal standards are rooted in so many aspects of our lives unconsciously, taking us down yet another rabbit hole. But in retrospect, that’s what’s so fun and meaningful about Anie and her works. Each piece provokes discussions that could be awkward and potentially polarising, but instead she extracts them into engaging dinnertime conversation material. And the more you think about it, the more you care.

From flat-earthers to Frankenstein; gender issues to deep fakes; the conversations that sprung from going deep on “Artemis 1889” is where we strike gold. Fann’s album is fertile ground for people to participate in important conversations within contemporary society, while giving them the space to interpret and answer the questions she poses for themselves. And given that the stimuli from her works come from widely available resources from all around us, here’s to hoping “Artemis 1889” continues to inspire people to ask the right questions, until those questions turn into habits, and habits turn into change.

Check out Anie’s album “Artemis 1889” and learn more about her here.