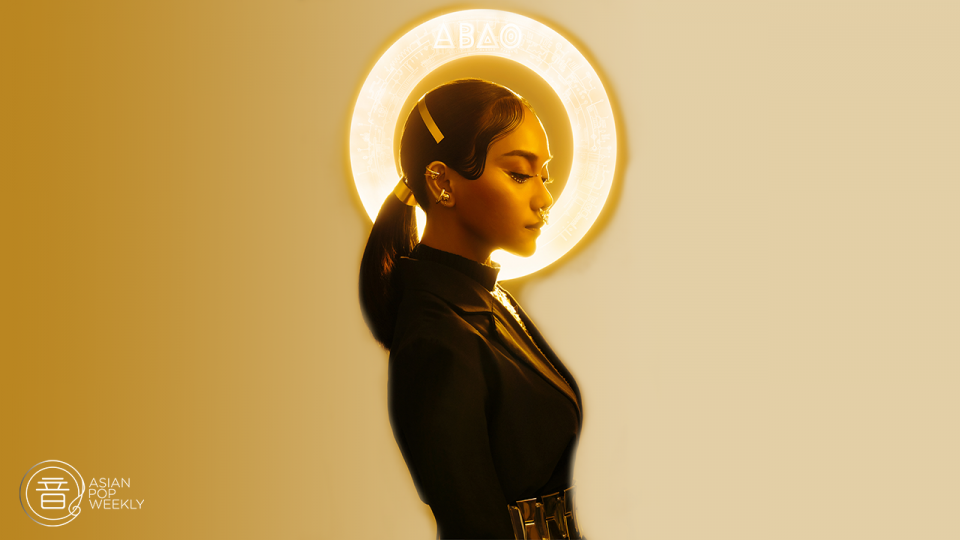 Interview with Abao 阿爆 – Preserving Culture Out Of Turn

Referred to as one of Taiwan’s “most important cultural ambassadors” by our writer Matt Taylor, Taiwanese Paiwan Aboriginal singer Abao 阿爆 is more than just an artist with a set of amazing pipes. After years of doing important work, first as part of the Mandarin pop scene and then setting her sights on a solo career releasing genre-bending works in her mother tongue, Abao has once again gone out of her way to create yet another milestone record, ‘Kinakaian 母親的舌頭’ , otherwise known as “Mother Tongue”(Read our review of the record here).

Here Abao finds herself once again exploring her cultural heritage, but with more of a targeted emphasis on taking ownership of this language she calls her native tongue. Motivated by her mother’s chastising of her sub-par mother tongue skills, Abao set off on this journey in 2017 to create this album centred on the concept of reclaiming her native language.

“One of the reasons I decided to do a mother tongue album was because I felt my grasp of the language wasn’t very good, and even now I think I’m still in the process of learning… Our language is considered one of Taiwan’s endangered languages, and I think this language is very beautiful. If we don’t find a way to force ourselves to use it in some way it’ll disappear, and I think this is a real pity… We are an ethnic group without any written record of the language. A lot of our ways of life and practices, or even things that elders wish to say to us, or how their lives look like … we can only use non-written ways to preserve this, for example carvings and pictures, singing folk songs… If we don’t do this, we’ll lose a large amount of our culture.”

Also important to this album are the ground-breaking electronic and cultural fusions which occur, and serve well in reflecting the perspectives of contemporary Aboriginal individuals in their search for identity. The warm singer-songwriter shared how she went from admiring DJ Dizparity’s performance at a Canadian music festival to including him and Dark Paradise as a major collaborator on this project.

“I first met Dizparity at a Canadian music festival. I saw him performing, in a DJ set, and felt that his sounds were very unique, different from the tones that I would hear from other DJs, a little cold but also full of punch. Through email threads, we started creating together like internet friends. After we tried a few songs, I realized that we worked together quite well… (we)  felt that his personality was suitable for doing this kind of cultural fusion album. Because he’s quite versatile and willing to accept new things. And this is very important to me when I look for collaborative partners…”

From head to toe, Abao explains that the album was purely created with her ‘mother tongue’ concept in mind. From kicking off the process concept-first, to moulding her melodies around her native Paiwan language, this album brings out the uniqueness of the language intimately in ways that go way past the literal.

“My mother tongue has some usage laws and some words which affect the melody, and make the melody very unique which I like…It’s not very often in other creatives’ works you’ll hear this type of melody or this type of tone or groove. And the biggest reason for this differentiation is due to the language, its groove is naturally unique, so now I use mother tongue mostly to write songs.”

The most interesting thing about the whole project for me is how organically and naturally everything seems to fit together. This album is not only an important cultural icon for Aboriginal music, but a representative work for Taiwan as a diverse place. A lot of this comes down to Abao’s keen eye for detail as well as her interest in telling stories, both hers and others’.

“The most memorable experience with this album was from…‘母語Mum’s Talking’…I’ve always liked the idea of having some sounds from my daily life included in my album…so I asked online for people to send me a clip of their mums saying one sentence in line with the album concept. I received a lot of submissions, some left a deep impression on me. One was a recording of their mum before passing on, a 90+ year old Hakka Grandma sharing her recollection of her mother. I felt that I need to use this wisely, as this is such valuable content that has been given to me.”

More than once throughout our interview, Abao mentioned the need to ‘force’ or ‘push’ oneself to contribute to the preservation of her mother tongue and endangered languages in general. To me, this sentiment indicates the reality of the situation for Abao, who alongside many other young members of the Taiwanese Aboriginal community grapple between the commitments of modern life and preserving their language and culture for future generations.

It is not an easy task, and not one that comes naturally. Our mother tongue is often something we take for granted, assuming it is our birthright. But sometimes; and in a very real situation for Aboriginal communities all around the world; such birthrights are forcibly taken in unexpected situations, causing years or even generations worth of cultural loss. While in an ideal world these situations should not be happening, it is a fact that they already have, leaving descendants to work exponentially harder to piece together and continue telling their stories. Artists like Abao show that now, more so than ever, it has become a necessity to act out of turn to preserve their mother tongue and culture.

There is no more waiting for someone else to step in and save the day, the time is now. Abao’s album ‘Kinakaian’ is more than just a showcase of Taiwan’s culture to locals and to the rest of the world; it is a wake-up call to be personally accountable for ones’ inaction. By modelling her own practise of mother tongue in her music and making it intimately relatable, Abao hands the responsibility to listeners to do their part in preserving culture out of turn; rather than waiting for some superhuman saviour or miracle to pave the way. To end the piece, I wanted to leave you with some powerful words from Abao:

“We use art to create an idea of what we can do, and how we can stay true to our culture, and ourselves. If you’re very clear on what you’re trying to say, people from other countries will naturally be more interested… When they’re interested, they’ll have questions, and when they have questions, this becomes an exchange. And this is where unexpected value lies.”

Through all her experiences, this Aboriginal diva has tapped into the root of what it means to have a truly effective cultural exchange, and how to make a difference. Although she may not have millions upon millions of followers like Jay Chou or any other Taiwan music ambassadors, I am positive that this painstakingly crafted album is successful in delivering its intended message like no other; bringing awareness of Taiwan’s diverse languages and cultures to wider, interested audiences.