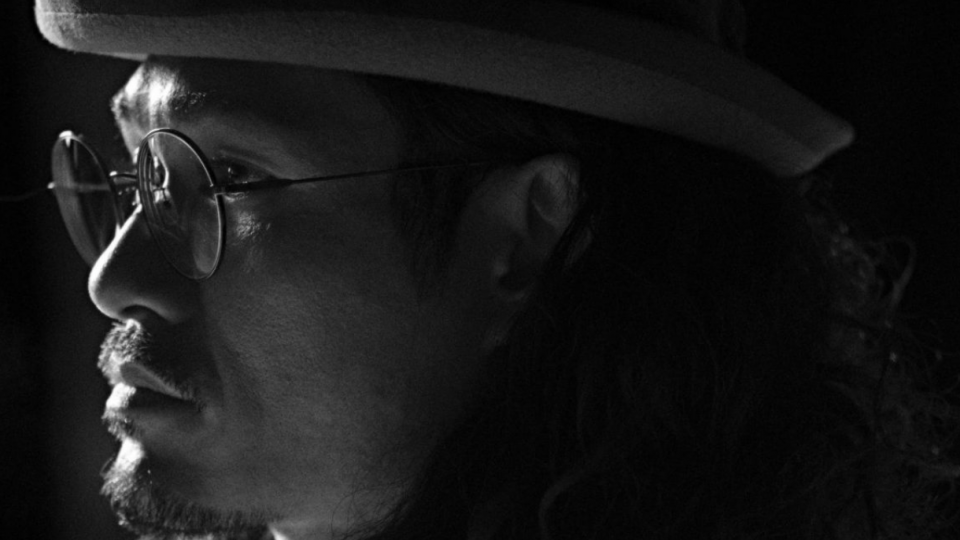 [Interview] Getting Spiritual with UQiYO – Experiencing Evolution & Transcendence on ‘loom’

Japanese producer and artist UQiYO has a sound that manages to be both otherworldy and intimate at the same time. Singing in English yet being deeply influenced by traditional Japanese culture, his latest work ‘loom’ is like a mixed bag of delicious treats just waiting to be unpacked.

With a name that stands for ‘society’ in Japanese, this succinctly sums up UQiYO’s musical philosophy and what the freewheeling artist hopes to express in his music.

“The Japanese word,“浮世” or “憂世” , stands for this society, the world where people live about their lives, both in an energetic and sometimes in a depressing way. Either of which I feel is what makes this universe beautiful and artistic. It is also derived from the word 浮世絵(Ukiyo-e) which was a popular art form in Japan back in 17th century which still mesmerizes people around the world with its distinct originality and quality.”

Raised between London, Chicago and Japan, the multicultural artist’s experiences have taken him the world over; and yet it is fascinating how he continues to be inspired especially by his Japanese heritage and various parts of its culture; from its myths to its performance and art styles.

“I listened to a lot of the Japanese folk music as a child which had some beautiful melodies going on. I was half raised in London and Chicago, and so I listened to a lot of the oldies jazz, rock, and alternative in my adolescence. I started getting into electronic music and somewhat traditional music, the types of music people would practice at ancient rituals and spiritual purposes…I love the southern Indigenous Japanese folklore music from ancient times. And also I am into Kabuki, the traditional Japanese musical play. Embarrassingly, I haven’t really faced these magnificent arts of geniuses from back then, and I am only starting to realize the depth of this historical but constantly evolving art.”

The creator creates a world for all these influences that is much unlike any other we have previously experienced; using his own sense of spirituality to lift them from entrenched perspectives; breathing into them new life and new possibilities. UQiYO shared with us a vision that came to him for this album which encapsulates his unique spiritual philosophy which he describes as unshackling himself from his previous musical identities.

“At the final sound check in of the mastering session, I saw a vision of a reaper. I understood it as my song spirits were happily cut away from my control and released into the sky. I never felt like this about my work in my life. I often write about the gods of ancient Japan, their connection toward Japanese identity, the snow and shrines of Niigata, and its distinct Yokai cultures. All of which adds up to the word “loom”.  Something so mysterious and huge looming from the darkness. The strings of light loomed together into a strong fabric of sound and waves of meanings rippling through time.”

Further elaborating on the source of his philosophies on life and his music, UQiYO shared with us the big part nature plays in his creative process. With tracks such as ‘6000℃’ referring to the temperature of lava and ‘Elan Vital’ which refers to the transcending energy of evolving life, it is clear that his connection with the earth is far from skin deep.

“Nature is the only thing that inspires me from top to bottom, with infinite amount of data, if you would express it digitally. When you see a ripple in the lake, it is smooth to the atomic level. When I hug a 1000 year old tree, I feel it warms up something inside of me. When something is there and we can’t scientifically detect it, we call it magic and all kinds of things. I think Nature is pure magic.”

Featuring a myriad of different artists from all across Asia on this record, UQiYO in fact mentioned during the interview that he does not entirely resonate with the identity of being a global citizen. But in explaining his views, he redefined what it means to be a global citizen to us.

“I am not sure if I understand the concept of global citizens fully, but I am pretty sure that people are created different, people have different back grounds, and they don’t have to understand each other. Each one of us are born with something that fills up the space that is irreplaceable for this universe. And we all are essential to our world. In the same sense, my music just fills up a small portion of this world, but I believe it has as big of a significance. In a more practical sense, I love discovering new places, people, and ideas. I ‘know’ that majority of citizens in the world are awesome, funny, and cool. I would love to travel and create more things people around this globe.”

That is, being a global citizen doesn’t necessarily mean you have to fully understand everyone. Instead, it means that you respect those differences, and are are grateful for shared interests. He shared the experience of working with artists such as Malaysia’s Froya, Singapore’s MARICELLE and Taiwan’s I Mean Us on ‘loom’.

“I met these awesome artists in Japan, at a festival in Taiwan, and so on. They were all such figures of decent beings. I truly respected them as good people. It certainly is promising when you have such good bonding to co-write something you care the most in your life. It also meant a lot to me to work with artists from Asia, who are relatively close geographically but with very different cultural back grounds, and still share a same kind of passion with music.”

Exuding a sense of electric calm throughout our interview, the artist was honest about how this album’s outlook has been wildly different from his previous works. In particular he mentioned that it reflects an important period of evolution in his life which has renewed the fulfilment he receives from creating music.

“So much has been evolving through time right now. I used to be a scientific and rationalist type of person, but now I feel I am a better version of myself. It seems so logical to open my eyes, and at least, consider things that are not so obvious to understand this world better and to become healthy as a whole. And it helps me remind myself of why it’s okay to be still doing this.”

Humble and down to earth, UQiYO’s latest album is a series of revelations, not only for himself, but for listeners who listen with intention. Taking us not only into another dimension, but onto another spiritual plane musically is no mean feat, but if anyone were to succeed, it would be this fiercely talented creative.