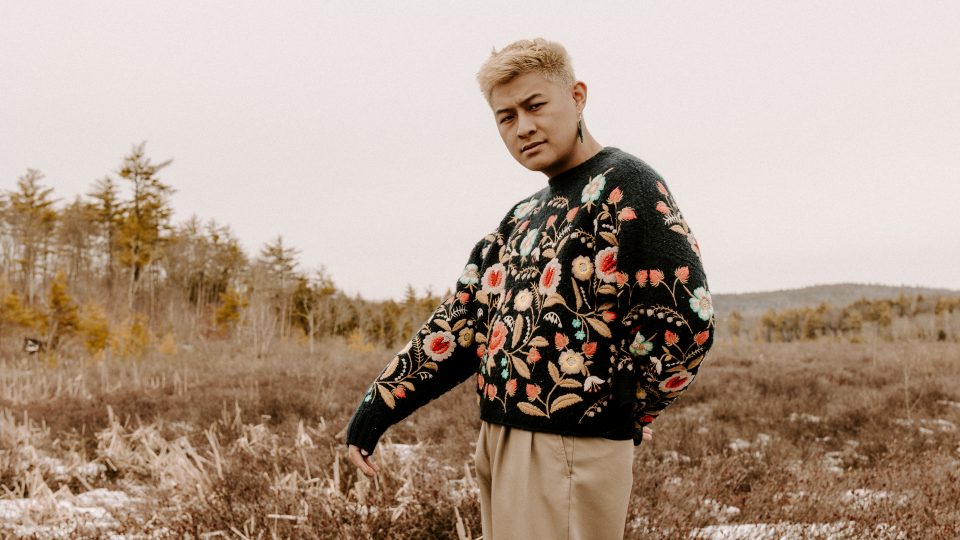 Heartbreak with lewloh: On Creating from Experience, and Learning from Mistakes

It’s no secret that folk-pop singer-songwriter lewloh loves love. It’s something that resonates with him and inspires his craft deeply. But its clear that the singer-songwriter doesn’t just aim to focus on just the good or the bad in his relationships, but to capture his raw experience through music in a way only he can.

Off the back of his graduation from Berklee College of Music and return to Singapore, we spoke with the sensitive soul about his new album “michigan/missinghim”, the stories that made up this album, and how it represents a growth in his sound and himself.

“Michigan is where my last partner was from. And this project is based on, you know, the second love basically…what Michigan represented for me, was an escape from reality because we did long distance. And every time I would go to Michigan, it was like, me, running away from my routine, and going to this place that represented love and new adventure, new experiences. And of course, some of those experiences were not so beautiful. But I think that’s what this album is supposed to represent is like…the balance of the good and the bad, that you sit through with any love.”

Describing this second album as a documentation of his loss of innocence, lew shares how ‘second love’ was a tough but eye-opening experience for him, as opposed to the naivete of first love.

“With first love, it’s like, literally, rose-coloured glasses on 24/7… But then when things go wrong, you always think that they’re going to get better right? So with second love, you’re less tolerant over the toxic traits… And that’s why second love for me, feels slightly more detached. Because you’re not letting yourself fall without a parachute anymore. You know, you have your parachute and you’re ready. Your hand is always on the trigger. You’re waiting. You’re waiting for that moment.”

And while romantic love often takes centre stage on lew’s tracks, for him the journey of experiencing and creating based on those experiences is still a very personal one. Each song is a moment captured, a lesson learnt, and a reminder of his humanity and vulnerability.

“Writing music for me is a really nice way to just encapsulate a certain experience, whether or not I want to experience those things again. But for the most part, I want to save this moment. Even though it’s painful, I want to save it because it’s one of the things that reminds me I’m alive, reminds me that I bleed…”

During the interview, lew spoke a lot about his relationship with loneliness and how music intersects with it.

During our conversation, the soft-spoken artist shared that he usually only listens to sad songs because they make him feel less alone in this world, and we believe that this is the same reason why lew prefers to be so starkly vulnerable and sentimental in his own music.

This time, together with his producers Joshua Evan Lee and Isaiah Beard lewloh has created a new world of sound and heartbreak; one that is murkier and more mysterious than his last more acoustic-based record.

“Whenever I start a new project, I try to think about what the world looks like for them. If you’re listening to this music, I want to transport my listener to a world, a different dimension. And this world that I want to create for the listener, I want them to feel isolated, like, a bit lonely and like a bit post (apocalyptic). Which is kind of what heartbreak feels like… you’re looking at the outside world, everything looks a little different now. Because you start to notice little cracks on the walls, you start to notice the imperfections around you.”

However, lew assures us that happiness does exist on this record, in the form of a song called “Grow Together”.

“It’s the only happy song in the album. And I think that song for me feels like an anthem for falling in love the second time… because you’re still dewy eyed and and like, oh, everything’s good. But you’re also understanding that, you know, it takes that you and this other person and you’re going to grow together. (It’s) not like where we are now is where we’re going to stay together forever.”

Often speaking in metaphors and rich, flowing imagery, lew in person is much the same as the lew you hear on his records. A singer-songwriter who tells ever so relatable stories but in ways you might not have previously imagined, he shared with us about his love for lyrics and poetry and why they’re such an important part of his storytelling.

“I think my intention with my music and my songs is always for my lyrics to take centre stage. And I think with the folk singer songwriter pop genre, the style or the genre really enables that…it’s like a cake, right? It’s like a vanilla cake. And then my lyrics can can be the decoration on top and it’s not too overwhelming, and when you look at a white frosted cake, any word that you put on it stands out… I want it to be simple. So that whoever is consuming it, sees it off the bat and knows exactly what they’re getting.”

A storyteller excited about wordplay, a third-culture kid and openly LGBTQI+ artist, lew’s upbringing and unconventional experiences have certainly influenced this unique perspective that he brings to the table in his music.

“I think being a third culture kid, you find home in people as opposed to a location. Like, the location can harbour and bring back memories. But I think you learn to build homes in your relationships with people. And music is all about connection. I think every person that I meet, and eventually they may become a muse for a song, right? They represent home, even if it’s a temporary shelter. I think that’s what being a third culture kid has imprinted onto me…every person you meet, you can decide what the house looks like…it can be like, a very worn down, you know, rusty metal and mould growing on the walls, home, or it can be very warm home with rugs and warm lighting and candles.”

Bringing all his beautiful metaphors back to his musical philosophy once again, it’s starting to make a lot of sense why the artist focuses so much on relationships in his works. As third culture kids, locations are never the final destination, just a stopover. But it is the people that pass through our lives that help one to feel grounded, even only for a few moments.

As we neared the end of the interview, we also picked the singer-songwriter’s brain on advice he had for anyone who doesn’t fit the mold society has put us in.

“This is the life that you’ve been given. And whether or not we have multiple lives, just remember that… it’s so easy to feel judged or to feel like everybody is watching your next move, but once you start letting go of that, you will really feel more peace than ever before. So if you want to paint your nails, paint your nails, if you want to wear a dress, wear a dress, like if you want to put on makeup, and that makes you feel good about yourself put on makeup, like, honestly, f*ck what other people think. Just live your life, you know? And I think that that is what is going to bring you the most peace this lifetime.”

A sweet soul all round, its clear that lewloh has come a long way to be the unique individual he is today. While he has his fair share of doubts and anxieties, we love how he is able to be so vulnerable in his music, using his platform to pave the way for listeners to be comfortable in their differences, and to see value in their mistakes.

Be it heartbreak or making mistakes, we love that he always stays true to himself; creating directly from his experiences, and always learning from his mistakes.

lewloh’s sophomore album “michigan/missinghim” is available now on all streaming platforms. Follow lew on his Instagram or Tiktok for more.