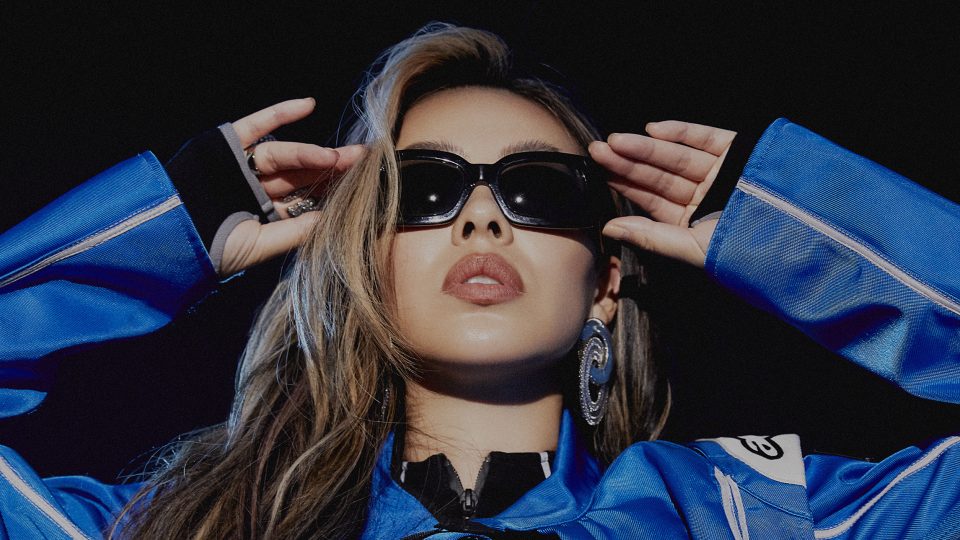 Girl Talk with Dizzy Dizzo – Reaching for the SKY

Asian-Australian rapper and artist Dizzy Dizzo aka Dominique Choy has been an inspiration to us since way back. When she made the transition from performing under her artist name Dominique 蔡詩芸 to her current moniker, revealing a completely new hip-hop centric sound, we were shook.

It was a 180 degree turn for Dizzy, a leap of faith. And a totally unheard of move in the Mandarin music industry, going from veteran pop act to one of Taiwan’s first female rappers. But people warmed up to it, because they realised this was Dizzy just being her badass self.

Five years from her first album as Dizzy Dizzo, Choy is reinventing the wheel yet again on her second album “SKY”, which once again is a reflection of her outlook change and who she is right now.

” The last time (I released a full album) was about five years ago. And since then, I’ve been married, and I’ve had a daughter, become a mama. So, it’s been a long journey. And I think this album is mainly inspired by my daughter. And that’s why it’s named ‘SKY” because Sky is my daughter’s middle name. And she’s the main reason why it’s given me some motivation to go back to music.”

Inspired by her daughter Katiya Sky, Dizzy’s latest album is not your average soft, sweet homage to motherhood and child bearing. Kicking everything into top gear, the album is a hip hop masterpiece where Dizzy fully grows into her identity as a bona fide rapper. Working with a fleet of Asia’s best hip-hop producers such as flightsch to create luxurious, uniquely textured beats, the fearless artist digs deep, exploring a myriad of subgenres such as mumble rap, trap, boom bap and more.

This combined with the lyrics on each track which emphasise themes of independence, accepting imperfection, having no regrets and chasing those dreams, “SKY” is a musical feminist manifesto for any women dealing with change in their lives.

“This album is about me going through different stages in my life and realising a lot of things that I want to put out there … I want to tell women that no matter what stage in life you can still go and do what you want and chase your dreams. Even after you become mom. Like you can still be cool…Do what makes you happy. You don’t have to be what society puts on you and expects moms to be.”

‘Cool’ being the operative word here, Dizzy has certainly achieved peak coolness on this LP. Inviting rappers at the top of their game such as MJ116‘s E.SO瘦子, OSN高爾宣 and OZI to feature with her on this album. But what’s even cooler is that this boss wifey’s flipped the script, allocating the melodic lines usually reserved for women to her collaborators and creating new possibilities for women in rap.

“On this album with a lot of really talented people, so I’m really excited about it. It’s been a while since I’ve done a put out any kind of real album. And I think this is going to be really fun album, mainly hip hop and rap. Hope the fans are going to be excited to listen to it as much as I was.”

The new mama has expressed that through this album, she hopes to set an example for her daughter, to show her that she too can grow up to do whatever she wants despite life’s circumstances. But in doing so, the album is also a testament to Dizzy’s own achievements, and that of all the women out there who are creating life and holding families together, whilst doing everything else in between.

“I’ve actually gained so much more respect for just women, what they have to go through and how we, you know, can have babies and go through pregnancy, give birth, and also do all of it. Like after, I think it’s a big, it’s been like a big challenge for me, and I’m sure a lot of people go, like everybody goes through this whole, you know, transformation. And, yeah, it’s been an incredible experience. I just really want to share some of my thoughts through it all and…let the girls out there … know that they’re not alone. You know, I feel them and I’m here for them through my music. And for the young girls out there, dream big and do what you want in life.”

Asia still has a way to go in terms of setting the record straight for women. Everyday I see women around me who don’t see their worth, and who believe that diminished economic freedoms are as a normal part of society. They seek convention because of lessened opportunities, and because they’re constantly made to feel like they’re not good enough. And in a sense, a lot of the music out there perpetuates these stereotypes, or at least doesn’t do much by way of breaking them down.

Without even realising it, Dizzy Dizzo has set a new precedent for conversations surrounding the possibilities for women and women in music. And in reaching for the sky, she’s empowering other women to do the same.