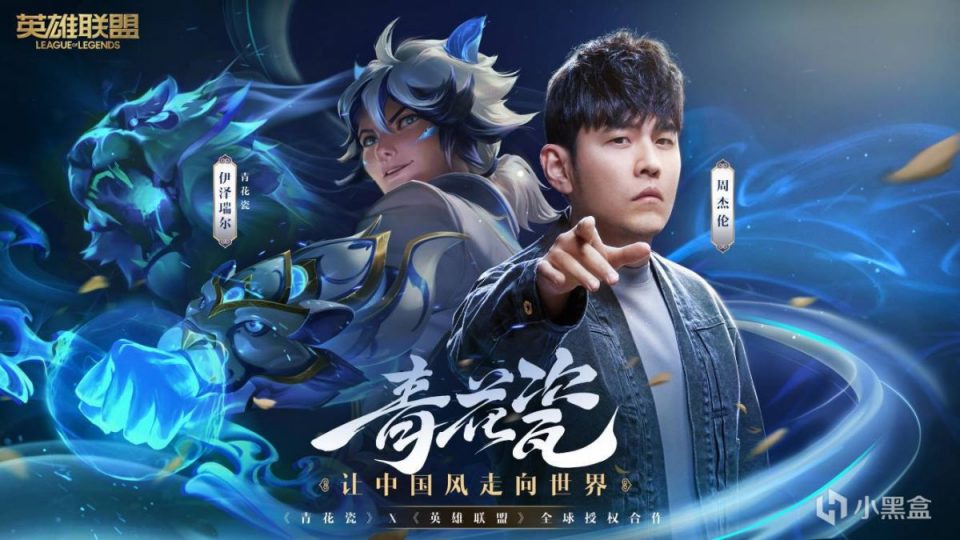 Despite being released over six months ago, Hong Kong singer Eason Chan’s 陳奕迅 track “Lonely Warrior 孤勇者,” is still hovering around the top of the charts on NetEase’s music app. After spending three months at the top spot on its release last November, it’s become a viral hit among primary school children across China, and is pushing 30 million views on streaming site Bilibili.

For once, this is not just due to Chan’s status as a Mandopop legend, which has made his tracks a staple of karaoke evenings across the Sinosphere. Instead, video game fans are driving the track’s popularity, specifically the 130 million Chinese people who have watched the anime TV series Arcane, for which “Lonely Warrior” is the theme tune. Released through Tencent, the TV series tells the story of two champions from the video game League of Legends (LoL) living through a time of chaos. It has already made a splash on the mainland, recording an incredible 9.0 out of 10 on ratings site Douban.

Ten years on from LoL’s release in 2009, the multiplayer online battle arena (MOBA) game is the most-played video game in the world, with over 180 million monthly players in 2022 globally. Chinese servers host 75 million monthly players, making up around 40 percent of the worldwide total, with the second largest region—Western Europe—coming in at a distant 21 million. Over twenty years after the internet spread in China and internet cafes boomed, the country is now the largest esports (professional competitive gaming) market in the world and musicians like Chan are increasingly tapping into the vast numbers of online gamers by partnering with their favorite games to market songs and investing heavily in esports teams.

League of Legends is a multiplayer online video game, published by American developers Riot Games. Two teams of five players each battle to destroy the other team’s base, with each player controlling a ‘champion’ with special abilities. There are currently 12 professional LoL leagues across the world, the top teams from these qualifying to compete at the yearly LoL World Championships. Today’s Championships are big money, growing from a prize pot of 100,000 US dollars in the first Championships in 2011, to over 2.2 million US dollars today.

Chan’s single isn’t the first time the Mandopop and LoL universes have collided, with increasing numbers of stars lending their musical talents to promotion of the game. Some count themselves among LoL’s greatest fans. Jay Chou 周杰倫 told media in 2015 that he once played the game for four days straight without leaving home. An early endorser of LoL, Chou also released his own theme tune, “Hero 英雄,” for the game back in 2016.

What’s more, young audiences are increasingly tuning in to esports competitions in droves. The 2021 LoL World Championship Finals (which were won by Chinese team Edward Gaming) reached a peak of 70 million viewers worldwide. It opens up a huge market of sponsorship deals, advertisements, and of course potential fans (as Eason Chan’s 30 million views bears out), for the savvy investor.

No wonder performers are making prominent appearances. Kerry Wang 王俊凱, one-third of the Gen Z boy band TFBoys, endorsed LoL’s 10th anniversary celebrations by taking part in a live-streamed game alongside other celeb musicians such as After Journey 艾福杰尼, made famous as a contestant in singing competition The Rap of China 中国有嘻哈 in 2017. Millennial rapper Huang Zitao 黃子韜, who rose to fame as a Chinese member of superstar K-pop group EXO, opened the 2021 Professional League of Legends Mobile Championship qualifiers with the promotional tune “Open This Sky 划破天际.”

Now more musicians are not just contributing to esports through musical performances, but are taking an active role in investing in competitive teams. In 2016, Chou, for example, completed the purchase of Taipei Assassins, a top professional LoL team in Taiwan, renaming them J Team. And LoL is just the tip of the iceberg. The Chinese government was one of the earliest state adopters of esports—making it an official sport in 2003. In the 2022 Hangzhou Asian Games (originally planned for September but now postponed because of Covid-19 outbreaks in China), competitions were due to be held across eight esports games including soccer simulator FIFA, MOBA title Dota 2, digital card game HearthStone, and beat-em-up game Street Fighter V. Big money has come with the growth of video games in the PRC: China now accounts for 56 percent of video game-related revenue in the Asia Pacific region.

In the English-speaking world, celebrity esports adopters and endorsers still overwhelmingly hail from the world of (non e-)sports. The big names are mostly from football and basketball, with Stephen Curry and Shaquille O’Neal both making investments in esport companies, while David Beckham co-owns an esports talent development agency.

But in the Chinese-speaking world, it’s Mandopop that has spread across the whole industry. Back in 2017, superstar Singaporean singer-songwriter JJ Lin 林俊傑 set up his own esports team SMG (Still Moving Under Gunfire), which has sub-teams playing popular global video games PUBG (Player Unknown Battleground) and Valorant as well as Mobile Legends: Bang Bang which is popular in Southeast Asia. Lu Han 鹿晗—another ex-EXO member—briefly invested in an esports team which renamed itself Lstars. Taiwanese solo artist Jam Hsiao 蕭敬騰 got in on the act with his own team The Jams, while Hong Kong rapper Jackson Wang 王嘉爾 has invested in a Macao-based team which plays in both LoL and PUBG leagues.

Business opportunities abound for both sides. In 2018, Forbes pointed out that recorded music made 17.3 billion US dollars a year in 2017, a number which (so far) is far higher than esports revenues (though the video game industry as a whole produced revenues of arond 150 billion dollars in 2020). But with audiences skyrocketing, singers gain a valuable platform by associating with games, while esport platforms gain a star publicist. As in the case of LoL’s 10th anniversary competition, harnessing the star power of Mandopop artists offers a useful advertising opportunity for esports games, which can piggyback on singers’ well-established mainstream appeal.

While Mandopop artists are influential endorsers of the game, they are not the only ones in on the act. K/DA, for example, is a virtual k-pop group whose members are actually based on LoL characters. They released their debut single three years ago, which also featured US social media stars Madison Beer and Jaira Burns.

American pop-rock band Imagine Dragons have also been keen collaborators with the LoL franchise: their song “Warriors” was the theme tune of the 2014 World Championships, while their new track “Enemy” is the English language soundtrack to the Arcane series, bagging themselves a Billboard 2022 Top Soundtrack nomination—the only gaming soundtrack nominated. In similar fashion, the band itself has also invested in competitive gaming, with a stake in ReKT Global and co-owning an esports team.

Esports are on an upward trend. Globally, people are now spending just as much time watching competitive video games as traditional sport, while a 2020 report by the International Esports Federation, Tencent Games, and Nielsen (a consultancy) showed that during the pandemic there were 26 million new esports users in China.

From EDM esports concerts in Hainan, to esports and music festivals in Hong Kong, the Chinese partnership of pop and esports looks set only to increase over the years ahead. In the first quarter of 2022 alone Tencent scored original hits with popstars Hua Chenyu 華晨宇, Chen Linong 陳立農, and Mao Buyi 毛不易 in collaboration with its own games such as PUBG Mobile, Honour of Kings, and, of course, League of Legends: Wild Rift.

The line between music, art, and advertising grows ever thinner.