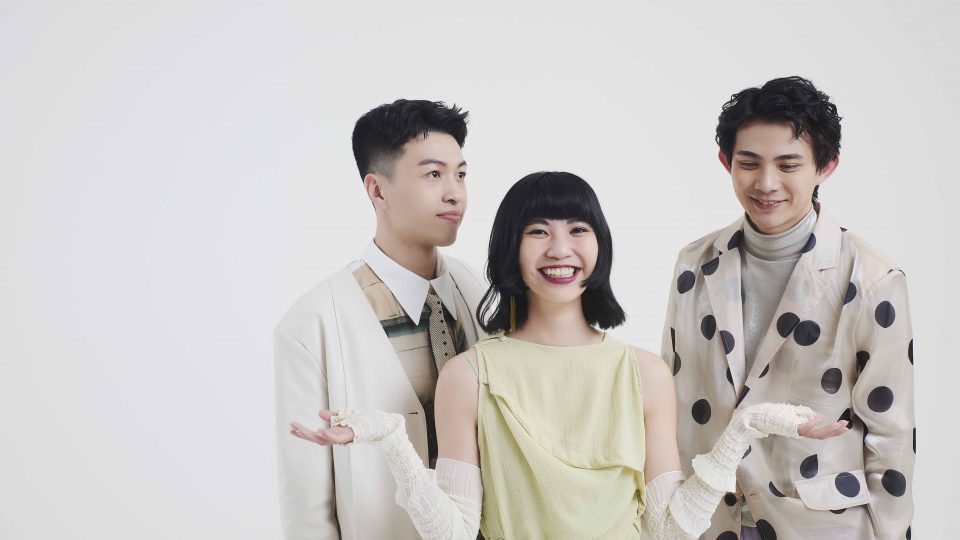 The last time we spoke to Taiwanese Math Rock geniuses Elephant Gym 大象體操 was in 2019, when they came down to Singapore for their Underwater live tour. Yet it feels like no time has passed since we last conversed with the endearing three-piece band. What has changed, though, is the momentous release of their third album Dreams which comes in the midst of the changing tides of the pandemic as normalcy resumes around the world.

Known for their electrifying live performances and playful, angular sound, Dreams retains this core aspect to Elephant Gym’s music while taking things further than the band has ever done before.

From collaborations with the likes of Jazz darling 9m88 and Hakka activist and musician Lin Sheng Xiang, to the incorporation of soul, R&B and traditional influences into their Math /Post-rock driven sound, Dreams is where the band’s freewheeling creativity has truly taken charge.

When asked about how they came up with the concept for this album, bassist KT shares their research into dreams and how it draws comparison with the band’s creative processes.

“Dreams is a response to Elephant Gym’s question of: ‘where does inspiration for music come from?’. When we are asked how our music is born, we are often lost for words, and need a moment to think about how to answer. When we were reading books about dreams, we realised that dreams are made up of all the signals and messages that our brains receive and our eyes see while we are awake. After entering the dreamscape, your brain will break apart everything you’ve ever experienced, and use unconventional means to combine and reorganise them. This is actually very similar to the process of making music, we take all our memories of sounds from past to present and combine them in unique ways to create special songs, just like every special dream.”

For the band, this spirit of ‘exploration’ or ‘discovery’ in itself is a key element to their creative process. Drummer Tu Chia-Chin explains:

“‘Discovery’ is certainly very important to us, although it is not an explicit agreement between the three of us, we are all unwilling to limit ourselves when it comes to genres. There is no special intention, it’s more like this is the personality of Elephant Gym as a team, it’s an important spirit when it comes to our music.”

The band talked a lot about wish lists during our discussion, and it seems that through sheer willpower they’ve managed to tick off many of the boxes for this album, purely for the sake of furthering themselves creatively. For them, incorporating influences such as traditional sounds was one of those things, as guitarist Tell Chang shares with us.

“This is definitely to fulfil our inner child hahaha. We wrote out a wish list, and while producing the album tried to complete our dreams for this work. Taiwan and Singapore are the same in that there are many different ethnic groups living together on the same land, they all have their own diverse traditions and we were thinking as contemporary musicians is it possible to incorporate these traditional elements we like, such as the Han temple drums, Hakka folk rhythms and rock/electronic elements in a natural way.”

Yet in the process of fulfilling their own dreams and experimenting fearlessly, the band have managed to create new textures, experiences and possibilities on songs such as ‘Deities Party’ which they worked on with the Chio Tian Folk Drums and Art troupe.

“We usually listen to different kinds of traditional music, so it doesn’t feel like ‘research’. But more like chats with these traditional musicians and listening to their thoughts on this music genre and its format. We may also issue a challenge to our collaborator (laughs), “Deities’ Party” was a collaboration with the Chio Tian Folk Drums and Art troupe. We designed a shuffle rhythm which is commonly seen in Jazz for the traditional drummer, at the beginning it was painful for them, but after they got the hang of it it opened a new world for them, and was a really interesting experience for both parties!”

Collaborators 9m88 and Lin Sheng Xiang have also been on the band’s wishlist since 2018, where they had the chance to perform together with Lin and caught 88 live too. Of the collaborative experience, Tell says:

“At the time we secretly thought when it’s time to do our new album, we need to fulfil this dream. But the production process for both songs are very different. “Shadow” is a song that Elephant Gym wrote together with 9m88. All four of us have a lot of ideas, and while creating have many areas where our opinions differ. We spent a lot of time discussing and organising everyone’s ideas before coming out with this final version.

“Dream of You” however, started with Sheng Xiang writing the lyrics and melody before we came in to arrange the work. Sheng Xiang has made a name for himself in the folk rock genres, so this time we wanted to bring his compositions and voice to the forefront, and put it against a more electronic backdrop. I think the final product is pretty not bad, right? (Laughs)”

It is amazing the attention to detail that the band put into both their own creative process, and crafting each and every one of their collaborations. Rather than name-dropping or using collaborations as a marketing gimmick, this is how Elephant Gym expands their creative boundaries, creating new possibilities both for themselves and for the math rock genre at large.

Be it an instrumental track or one with vocals, each of the tracks on ‘Dreams’ has an important story that links back to the notion of discovery; be it a journey they hope to encourage listeners to take, or a technical challenge for the band themselves. The band shared with us their favourite tracks on the record as recounted by KT:

“This is a collaboration with 9m88, “Shadow” tells of ones’ inner dark side. Humans naturally want to avoid the appearance of this dark side, they feel that this is the only way they can lead stable lives. But if you don’t understand what your negative side is thinking, these emotions and thoughts will just become bigger and swallow your spirit when you are vulnerable. So this song hopes to give listeners courage, to allow us to bravely face the dark side of ourselves.”

“KT recommends “Witches”! Because this song’s instrumental arrangement challenged each and every one of us, for example on the bass and drums, we scored something that we truly couldn’t perform ourselves…in order to reflect our creativity, we put everything on the line to increase our musicianship, so we’re very grateful to this song! At the very end there are a few lines from Shakespeare’s ‘Macbeth’ as a finishing touch, really hope everyone can give it a listen.”

“This song was a piano piece written by KT, and we went to a very good recording studio just so we could use their Steinway piano to record this song. To allow this song to fit in better with the album’s atmosphere and sound, we added a lot of unique sound effects to allow the song to have a more contemporary feel, but also to be closer to the strangeness of the dreamscape. Especially recommend everyone to put on their earphones to listen to this song, the little touches will make it an even more indulgent experience!”

A band that puts so much heart into every part of their work; from the creative side to their intentions in sharing their works with wider listeners, this DIY outfit has floored us over and over again not only with their innovation and principled approach towards their music, but also with their professionalism on the whole. We picked their brain about the lack of live touring opportunities over the course of the pandemic, but the band faced these challenges with their usual optimistic outlook. Chia Chin shares:

“While it’s a part we can’t perform overseas, it’s not necessarily ‘difficult’, when you think about how the entire world is facing this at the same time, it’s a rare chance to experience an entirely different method of living. The pandemic situation in Taiwan is fairly stable and slow moving, so Elephant Gym experienced many different interesting and deeply inspiring cross-disciplinary collaborations, like producing “Big Band” for the “Shakespeare’s Wild Sisters group”, working with the Kaohsiung City Wind Orchestra, and of course the Chio Tian Folk Drums And Art Troupe, this time allowed for the formation of this album, the differences in our living situation are all recorded in our music, to us this is a very beautiful thing.

Grateful for every opportunity to perform and finding meaning from every experience, Elephant Gym also recently participated in SXSW’s online Taiwan music showcase, performing at the Kaohsiung harbour which is situated at the mouth of Taiwan’s Love River. Chia Chin shares about the experience:

“Where we performed has deep meaning for us, that harbour is situated at the mouth of the most well known rivers in Kaohsiung – the love river. When we moved back to Kaohsiung in 2015 to live and create music, the skyline of those times changed so quickly. The Kaohsiung Pop Music Centre was built and started being used, the Pier2 Art Centre was developing, and the light rail was starting to connect all the surrounding areas. These changes were exciting, but simultaneously meant reluctantly saying goodbye to certain memories too. This performance is our blessings for this city, as we hope that things will only get better and better here.

While the concept of authenticity is a well-contended subject especially when it comes to the arts, it is hard to see Elephant Gym’s craft as anything but. From regaling us with funny stories about how they’ve heard songs in public places and forgotten that it was theirs (click here to find out which song it was) to earnestly sharing about their music, the amount of joy and care that goes into their work is endlessly inspiring.

As the band approaches their 10th anniversary next year, Dreams is a momentous celebration of everything that Elephant Gym stands for; a collection that pays homage to their roots, that manifests their dreams into existence, and reminds listeners of the importance of exploring all of the different threads that life has to offer.

Listen to ‘Dreams’ with Elephant Gym

Elephant Gym’s latest album Dreams is out on all streaming platforms now, listen on Spotify here. KT also implores listeners to check out the band’s Audiotree and Megaport festival performances, so click on the links to check those out! Follow them on their Facebook or Instagram to see which locations they might be popping up at next!