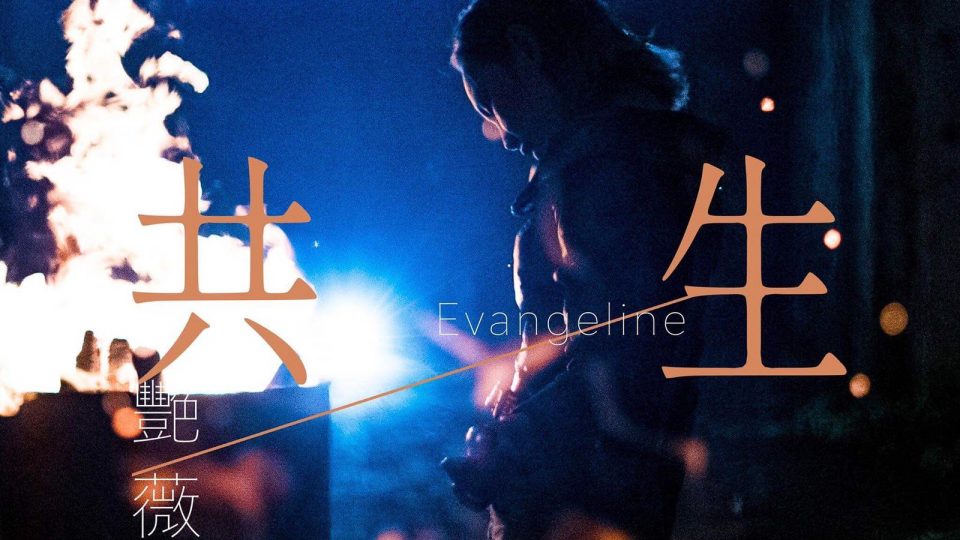 With a melody co-written with fellow singer-songwriter Boon Hui Lu 文慧如 and produced as always by SKRPresents‘ Skot Suyama, Evangeline’s cartwheeling imagination and love for Mandopop as well as rock have led her to create hybrid track ‘Symbiosis‘. A song that addresses the conflicting feelings that come from leaving a meaningful relationship where two people have grown together, Wong’s skilful songwriting allows the impulsive, hurt, rebellious side of her to come out through in her alt-rock elements, while her vulnerable, pensive side are reprised by the balladic elements of the track.

The song starts with the ringing of resonant keys and resolute guitar chords reminiscent of the alt-rock genre, before dying down to gentle chords to accompany Wong’s airy, pensive vocals. As she sings the first lines, “Can I Hold Your Hand/Can I Touch Your Face/ 我們近距離 Be Close To You“, the innocence in her voice transports us to a safe space; almost like the feeling of a child cradled in its mother’s arms.

As layers of strings and percussion render the song’s progression increasingly tense, the listener hears a subtle hint of steely urgency in Evangeline’s voice, as if slowly but surely leaving that safe space created just moments ago. She continues by singing “對立面 隔著 Facing each other/讓我 們走向平行 Let us take our parallel paths/我想離去 作為交集 永續 I want to leave As a perpetual intersection“, ending on a sombre note that takes the arrangement back to ground zero, before an explosive re-ignition in the chorus.

At this point, Evangeline unleashes her inner Evanescence laid over a classic alternative rock arrangement introduced by the triumphant clash of drums. Still reprising her demure vocals, but now heavier with sadness but stronger with clarity, she uses stream-of-consciousness lyrics to sing of growth experienced together and confusion over what went wrong.

As the track enters the anthemic bridge without stopping for a breather, the tone changes instantly, from one of hurt to one of steely determination. Although it would have been even more powerful with a backing chorus in this section, it was nevertheless an empowering moment where Evangeline faced up to the true love she had received, whilst admitting that she must make the heart-wrenching decision to move on. “我能感受真的愛過 I can feel that we’d truly loved/ 真的 無法不懂得 Really, it’s clear for all to see/ 請你放開我 請你放開我 帶走我現在的夢Please let go of me, and take away my dreams”

With anthemic hooks, heart-wrenching lyrics, nuanced deliveries and an explosive rock arrangement, ‘Symbiosis’ does not use alternative rock as a mere gimmick to push a thinly veiled ballad. Instead, Evangeline cleverly and seamlessly fuses various elements of these genres so that they coexist together in fiery harmony.

Whilst they complement each other in ways that are often unconventional as if fighting to be pulled apart, the dynamic relationship between both elements appears to be keenly observed throughout the song. When one permutation of fusion seems to no longer work, it is quickly swapped out for another to create a listening experience like no other. Mandopop and alternative rock are in fact are the perfect fusion to bring Wong’s track to life; performing moments of peace and tranquility from codependent growth; before breaking through and telling the nuanced stories that lay in the fissures and cracks of relationships past. Although some people do not stay in ones’ lives forever, their marks of love through those periods of symbiosis make us who we are.