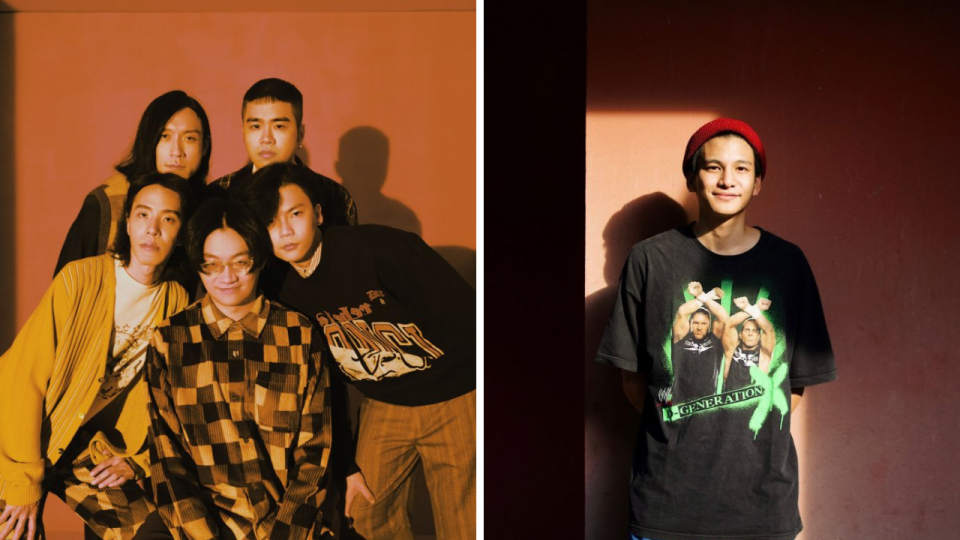 Two of Asia’s independent juggernauts Sunset Rollercoaster 落日飛車 (Taiwan) and Phum Viphurit (Thailand) have come together in a parallel universe collaboration for the ages. While their sounds have always existed in similar sonic universes, Phum’s mellow, bright vibes and Sunset’s heady, dreamy band sound make for two totally different listening experiences on ‘Little Balcony’, a song that they have both reprised in their own unique styles.

Bringing influences from across a vast sonic spectrum, the two acts have come up with their very different interpretations of this simple ‘slice of life’ track which fits perfectly into their respective repertoires. While Sunset Rollercoaster takes influence from the likes of New York Rock musicians The Strokes and Lou Reed and Greater China acts like Come On! Bay Bay!, Phum takes us down the annals of UK indie rock with some Bombay Bicycle Club, with acoustic vibes coming from Kate Bollinger and Nihilist Kite Flyer.

So why not step out onto their respective little balconies for a cup of tea or a refreshing drink? Slow down, and appreciate the unique moments they’ve each constructed.

Track 01 – You Already Know – Bombay Bicycle Club
It’s a more laid back acoustic track from a band that usually layers a lot of textures on top of each other. Yet, it still remains a very Bombay song.

Track 02 – A Couple Things – Kate Bollinger
There’s a sense of sweet and bitterness in this tune that balances each other out that draws me in every time I get a listen.

Track 03 – Nihilist Kite Flyer – Loving
Again, this is a soft acoustic song with some heavy themes, I like the contrast of those two things.

Track 04 – Know How – Kings Of Convenience, Feist
The balance between Feist’s voice and the boys is as close to perfect as harmony can be. I have always been inspired by their intersecting of acoustic guitar parts too.

Track 05 – No Woman – Whitney
The feeling of this song and the guitar riff gets me every time.

Listen to their playlist