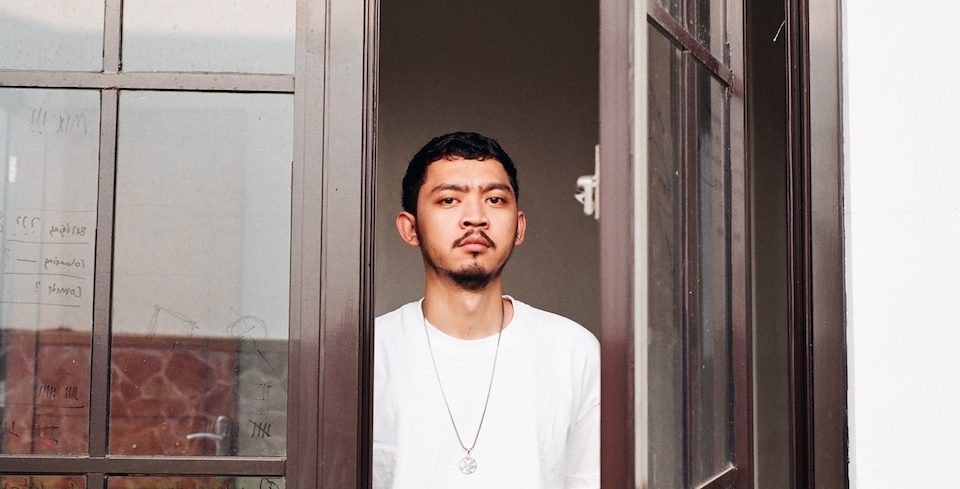 Indonesian singer-songwriter Pamungkas is equal parts a music lover and a musician; a rarer combination than one might think. Deeply influenced by various artists from The Beatles to Maggie Rogers, it is these works and more which have informed the creation of the up-and-comer’s third studio album ‘Solipsism‘, which was created entirely during the months of isolation that came with the ongoing COVID-19 crisis. In each of his blurbs below we see the thoughtful artist unpack these works from a multitude of perspectives. From that of a producer, a songwriter, and a true fan, this artist has proved himself to be a true thinker and wearer of many hats. Describing his latest album as a private corner in his thoughts, Pamungkas invites you to connect with his innermost thoughts through his music, and also through his selections below. Why not join him in his journey to listen and feel with all of him?

Track 01: Pamungkas – Deeper
this my attempt to write a song about (lyrically) losing any control whatsoever when it comes to relationships or love (if u may). as a songwriter, it’s really a challenge to put my thoughts/feelings into words in a selfless way. hopefully, I pull that off alright. and also this song is my first 3/4 song. musically its very simple.

Track 02: Pamungkas – Intentions
this song is the first song that’s recorded on my third album. probably this is the sound of the album. and funny how- out of two released albums before ‘Solipsism‘, I never write something from a D chord so safe to say this is my first D chord song. lyrically its also my first time using a pure ‘i love you’ in lyrics. the huge word yes. a cute song I’d say.

Track 03: Pamungkas – Live Forever
the level of acceptance I have to reach as a songwriter to be able to write this song is very high. the song is like a combination of parts I never finished. like a puzzle, took me a long time to get it right. still don’t think it’s finished yet but that’s what I love about songwriting, never-ending process. lyrically and musically I think this song speaks about bravery and freedom. but also humbleness and hope.

Track 04: Beach Boys – Wouldn’t It Be Nice
my number one jam of all time. every party, every midnight drive, every moment in my life- its always this song. something about this song is just very universal I don’t know why. with all my respect and love for the Beatles, this song is probably the best happy-sad tune that’s ever written.

Track 05: Maggie Rogers – Light On
folk was always in my blood. this song captured everything i know about folk. not only that but also everything I’ve ever felt towards/every time I listen to folk music; freedom, bravery, a sense of community, aloneness but in a good way. what a songwriter she is. huge fan.

Track 06: Chet Baker – It’s Always You
I listen to this album and particularly this song every time I’m in the shower. very effortless and very pure and raw but also right on point. it can be sad, it can be happy. this song carries the balance we all sort of seek in life. this song always reminds me of my best time in life, always takes me back to probably my happiest state. change the atmosphere of the whole room every time this song plays. love it

Track 07: Earth, Wind & Fire – Reasons
hands down the most iconic falsetto song. I love Thom Yorke‘s falsetto but Philip Bailey is just unbelievable. out of this world. I don’t always listen to this song but every time I do, never fail. what a tune

Track 08: The Beatles – Girl
‘Rubber Soul‘ is my #1 favorite Beatles’ album. from the cover to everything. I just feel like this album is like that feeling of the first day in school. some sort of excitement, a certain level of maturity, also nervousness. and ‘Girl‘ is that one song in the album when I really went “wow what an album” when I listen to ‘Girl’. the Beatles- I think successfully getting out of their comfort zone (from AHDN & Help! to Rubber Soul & Revolver)— cause again I think it’s not easy to keep producing something on that level of greatness when are already very successful, and by the way- at that time they already had ‘If I Fell‘. and the fact that they still came up with ‘Girl‘- I think its the proof that they’re growing as a person and as well as songwriters. and that is not easy. what a journey, I love them they inspire me on so many levels.

Track 09: Arctic Monkeys – Riot Van
never felt related lyrically but something about this song speaks a lot about me. still don’t know why but probably that tremolo. forever mood.

Track 10: Radiohead – Jigsaw Falling Into Place
‘In Rainbows‘, wow. ‘Ok Computer’ blows my mind, but ‘In Rainbows‘ touches right places inside me. that album hits different. I can’t even seem to decide whether ‘Weird fishes/Arpeggi’ or ‘Jigsaw Falling Into Place’ is my favorite. what an album. but especially this song, the fact that they did it acoustically, somehow it is a statement that they’re still the rock band that everybody knows, but matured. what a way to make a statement. still think ‘In Rainbows‘ era is Radiohead at their best. to the very bone, this band lives forever in me.

Learn more about Pamungkas on his Instagram or YouTube. His new album ‘Solipsism’ is out now on all major streaming platforms. Listen here.