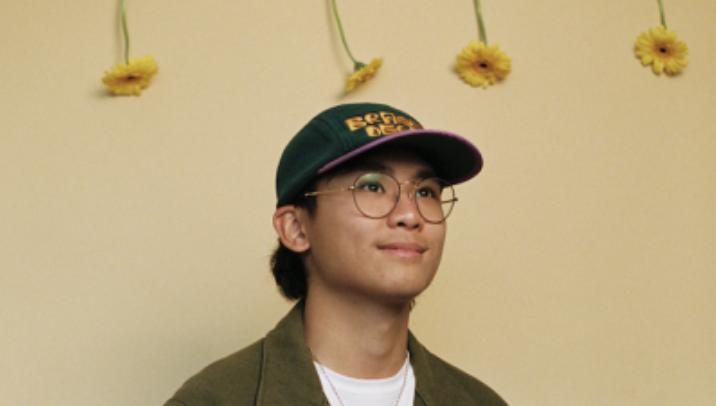 With the voice of an angel, Filipino-Australian indie-soul singer-songwriter grentperez‘ effortlessly mellow vibes and knack for dynamic storytelling keeps our ears perked anytime he releases something new – and with the release of his latest single ‘Ego’, this time’s no different.

While ‘Ego’ has an upbeat, acoustic vibe that sheds light on grent’s playful side, the lyrics instead reflect a more difficult truth behind the piece. Written about a friend who’s gotten a little too big for his boots, in velveteen tones perez sings: “okay, I’m done with your ego/grew up, became different people/this story don’t need a sequel“; providing an infinitely entertaining combination of textures and themes all compacted into this two-minute track.

‘Ego’ is but one example of grent’s freewheeling creativity which finds a way to make the most of even the most routine or random parts of our lives. Tasked with creating a playlist of some of his recent influences and favourite tunes, grent has created a curation of songs called ‘TOO AWAKE TO SLEEP, TOO SLEEPY TO STAY AWAKE’ that are as endearingly unique and offbeat as he is for your listening pleasure.

The singer-songwriter shared the inspiration behind this mix, and his take on each of the songs below.

I made this for an awkward period of time during the day or night, where you feel exactly how the title states. Now, this playlist entails a weird feeling of wanting to dance but being too lazy to do so, so here we are. This playlist happens to also be a roundup of a few of my most recent ‘liked songs’ on spotify. I hope you enjoy ☆!

Track 01: Sunday Morning – Margo Guryan
I’ve only recently discovered Margo’s music, but I can safely say i’m an instant fan. Sunday Morning captures such a mellow drag of energy with it’s narrative of ‘having time, but not knowing what to do with it’ and with the way I plan my day(s), i too feel the same way haha.

Track 02: Mercury – Steve Lacy
Couldn’t make this playlist without something from Steve’s latest album. So so so good. I love how he uses his falsetto in this track, through all the lead and backing vocals. Paired with the samba-esque feel makes for such an iconic track for 2022.

Track 03: Dirty Laundry – Blake Ruby
Dirty Laundry plays on a very fun line between groove with the heavy basslines and folk with the light narrative style vocal. The subtle variations in the arrangement spark so much life in the song’s progression and the solo wraps the song so nicely. Overall a very entertaining listen.

Track 04: Tangerine – Beach Fossils
This track never fails to get my head bouncing around in weird swirl-boppy motions, (the most efficient way to move to a song). The psychedelic feel that it gives off, brings you into this notion of ‘being in another world, while still being grounded in your own’. Kind of what I’d like to bring in my own music.

Track 06: Loneliness – Ginger Root
Loneliness carries the most energy in the playlist, placing it right after the midpoint, almost acting as the climax to this battle of sleepiness. Ginger Root’s music is a complete splash in the face of 80s inspiration, which is kind of reminiscent of the song with ‘Till the time gets quicker, how to stand the wait, it’s time to change your pace’. A fun take on the motions of life, something I’ve pondered quite a lot lately.

Track 07: Beige – Terrance Martin, Arin Ray
Bringing it back to the likeness of ‘Dirty Laundry’, ‘Beige’ takes that bouncy groove and pushes it into this Soul, Pop combination wrapped together by such a thick rounded bass, pushing the song forward. Definitely a track I keep coming back to, the whole narrative of “love don’t have to be so hard… let down your guard”, gives off such a strong feel of love, encouraging the other person to trust one another.

Track 08: Overthinking – Zion Garcia
Zion is actually a very close friend of mine, his music is unmatched in my eyes, with every track of his being so unique yet undeniably great. ‘Overthinking’, his latest release captures this almost melancholic feel, similar to the feeling of ‘coming of age’ films, expressing these notions of personal insecurity and stress, while also talking about home and Western Sydney. Truly an “amalgamation” of his thoughts and maybe even some of my own.

Track 09: Love Proceeding – BADBADNOTGOOD
We now come to the resolution in this 10 song story, not quite the end but all of our emotions have been fulfilled, leading us into this pit where we can relax, no words, letting the music do the talking. Love Proceeding gives off this feeling so gratifying yet so romantic, almost like you’ve experienced love for the first time, or the end credits to one of your favourite movies.

Track 10: Sam The Samba Man – The Rah Band
OKAY NOW WE’RE AT THE END! 😀 This can be interpreted either as the end credits or the post credits track haha. Time to get up and dance… or lazily groove. Sam The Samba Man was a unicorn find, I was surfing through various bossa radios and stumbled across this charismatic, colourful track. It feels so ahead of it’s time, while also retaining that old school taste. Either way, it’s time to dance so… lets dance 😀