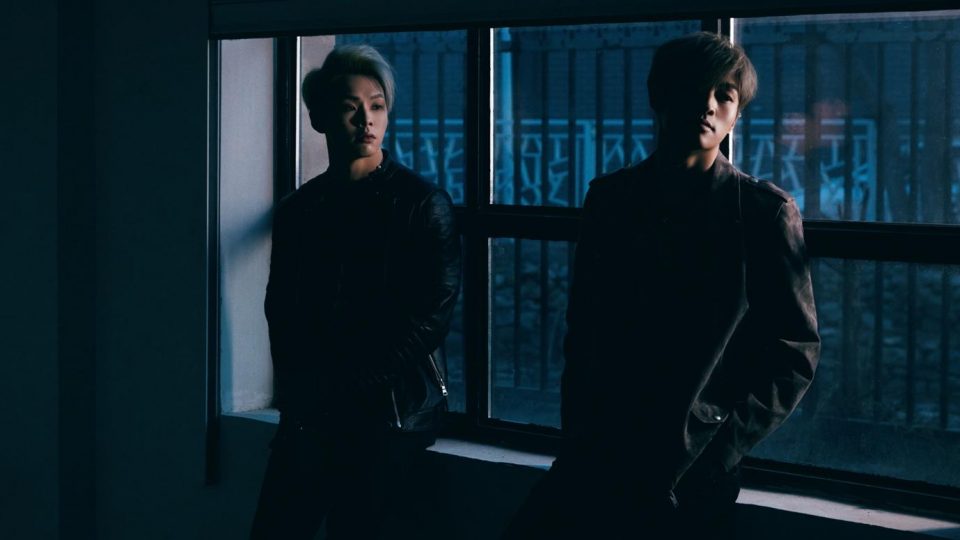 Comprised of brothers Bernie and Johan, bombastic electronic duo BEAUZ are taking the electronic world by storm with their catchy earworm bops. Influenced greatly by their Chinese and Indonesian roots, the boys take on influences from around the globe; from electronic gods Avicii and Calvin Harris to Mandopop prodigies JJ Lin and Jay Chou to foster the creation of their danceable and approachable vein of electronic pop.

We tasked the brothers with keeping the party going with a selection of 10 tracks; and they did that and more, even providing a walkthrough narration of sorts that takes us from waking up in a party to a mad trip with Apache and Yizzy, to reaching the CLIMAX of the party and finally the foggy, delirious end of the night with Steve Aoki and Going Deeper. Featuring a dark yet dynamic set of tracks that take us from highs to lows with hidden surprises throughout in the form of BEAUZ’s signature hard-hitting sound, these boys more than understood the assignment. Be it in your bedroom or heading out to the club, put this playlist on and prepare to dance the night away.

Track 01: Keep On Dancing – BEAUZ ft. Heleen
We’re in a brand new world and we’ve woken up in a party. There’s only one thing on our minds: keep on dancing. This song is the perfect introduction to our picks, since it celebrates the rebellious attitude towards the social construct of what we can or cannot do. BYOR seamlessly blended the sound design, flow, and retro vibes of this record, which works in both big and small rooms.

Track 02: Rave Game – BEAUZ ft. NINEONE
Let’s start the party with a game everybody can play. This is when we give out the rules. Even when we’re making club records, we strive to infuse simplicity and catchy melodies just like the dance pop style our fans are more familiar with. As a result, we cook up dirty sounds in easy-to-get ways.

Track 03: Hit List – Bleu Clair
This one sets the wonky vibes. Shout out to our fellow Indonesian brother, we’ve been following Bleu Clair for couple years now. His sound is constantly evolving and we’re definitely a fan.

Track 04: Dead – Apashe ft. Yizzy (Marten Hørger Remix)
Trippy doesn’t begin to describe the journey this song puts you through. With a repetitive chant-like vocal, this song gradually puts you into a trance through its wave-like synth manipulation and build-up. As the beat drops, we enter the twilight zone.

Track 05: Ferrari – James Hype & Miggy Dela Rosa
Have you ever had that feeling when your blood boils as that breathtaking moment seizes your reality? With emotions ready to erupt at any moment, pumping higher and higher as your heartbeat accelerates. This song gives us exactly that feeling and takes us on a joyride with James Hype’s iconic clean sounds and filthy beat.

Track 06: Outerspace – BEAUZ ft. Dallas
The clock hits 1am and you can feel the party reaching its climax. Champagne showers and confetti feel like meteors and stars, as if we’re floating in outer space. This is one of our favorite records ever made, and it symbolizes the rise of Psy Pop.

Track 07: Never Been Hurt – Krewella & BEAUZ
You look around and see all these fresh beautiful faces, reminding you of your first love. The love that was so pure and passionate, not afraid of anything that came in its way. This record we cooked up with the home girls Krewella will keep you dancing for sure.

Track 08: Lay Your Head On Me – Major Lazer (Lost Frequences remix)
An enigmatic deep male vocal electrifies through the sound system and the build-up makes you feel like something euphoric is coming. As the build reaches its peak, all the sounds open up and boom! Ethereal arpeggios fill the entire room. We absolutely love the progressions and emotions in this Lost Frequencies remix.

Track 09: Funk – Martin Garrix & Julian Jordan
As you bathe in the bliss of these futuristic melodies, suddenly a wave of hard-hitting rhythmic basslines hit you like a stroke of lightning – everyone loses it. Trendsetters Martin Garrix and Julian Jordan never fail to deliver filthy beats that makes everyone go “OHHHH”.

Track 10: 2045 – Steve Aoki & Going Deeper
It’s foggy, there are lasers everywhere. You lost track of time, just enjoying every second that ticks by. No matter how amazing a party is, there will always be an end to the night. But as one chapter closes, another begins. Let’s keep on dancing.