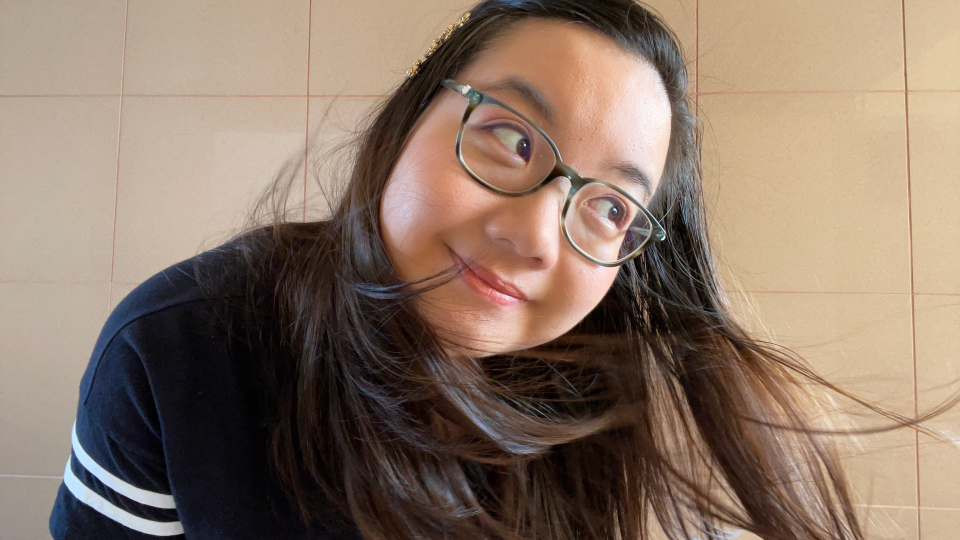 People say your music tastes stagnate in your teens– I refuse to accept that as a fact. While many know me as the Mandopop guru – and for good reason – it may surprise you that I listen to other music too. Call me stubborn, but I’ve always believed that no one should be able to define you other than yourself. So the moment I feel myself being put into a box, I am compelled to do the complete opposite.

This is the diehard attitude that led to the formation of Asian Pop Weekly. Sure, sticking to my guns has led to isolation and a tendency to take the long way. But at the same time, it has unearthed a newfound sense of empathy and agility within myself that I can’t live without.

Many times I’ve likened Asian Pop Weekly to my compass, and that it certainly is. It is also a peek into my musical soul, where the only rules are diversity and good chill fun.

My musical tastes have changed a lot over time, and its fluidity is testament to all the different ways we can make meaning from our lives, and reinterpret the rules society imposes on us. Hope you enjoy this deeply personal playlist straight from my heart to yours.

Track 01: Tanya Chua 蔡健雅 – Kisses For The World 我要給世界最悠長的濕吻
This song has always been a favourite since its release in 2018, but its meaning has transformed for me over time. Initially I was really drawn to it because of its warm, electrifying vibe combined with this magnanimous blessing for the world. But now on top of that, I realise that the song is as much about the self as those around us. The words “換個靈魂change of spirit” come up often in the song (lyric translation here), and the line “換不了肉身 換個靈魂 You can’t change your physical body / So change your spirit” especially resonates with me. As I grow I’m beginning to realise that life isn’t about who you were ‘meant’ to be, but who you choose to be. It’s okay to have many different layers, that just means you’re changing and growing along the way!

Track 02: Alicia Keys – Good Job
Recently when I’m tired or frustrated, I come back to this song a lot. There’s just something about Alicia Keys’ voice and sound that is so comforting for me. I think it’s the conversational way she writes and the fact that a lot of her music is piano based which is my primary instrument. I deal with anxieties just like everyone else, and when my brain is inconsolable and in a downwards spiral, I put this song on and for four minutes, I truly believe that I’m doing a good job. I also think of this song a lot in the context of many of my friends who are health professionals and work tirelessly to keep us alive, functioning and healthy. This one’s for you guys!

Track 03: Dizzy Dizzo, OSN高爾宣 – Tides
I love the architecture of this song. The arrangement is simple, just a guitar with some dark, murky chords and some ambient sounds mixed in. But that together with the tempo over the song, and how each phrase hits you one after the other creates a unique interpretation of the ocean. And who better to understand it’s deepest depths than Dizzy Dizzo? I especially can’t get the first few lines of the lyrics out of my head: “runnin’ over water comin’ back/diamonds on my wrist I know that shit will never last” illustrates the transformation the ocean has had on her as she forgoes materialism for the freedom she finds in the sea. I’ve been spending a lot of time in the water lately and Dizzy’s love for the ocean put into a song expresses just how I feel.

Track 04: Boox Kid – When I Was A Young Boy
I met Boox Kid aka Jarred Wall through a music mentorship program I attended in Perth, Western Australia, and immediately loved his amazingly textured and vibrant sound. A Noongar artist pioneering new ground with his electronic indie pop sound, despite his ethereal, floaty soundscapes, his melodies and lyrics are grounded in straightforward personal experience. His voice pierces straight into my soul and I can’t get enough of it. His latest single “When I Was A Young Boy” is one of my favourites.

Track 05: The Beths – Jump Rope Gazers
This song by New Zealand band The Beths is a new find discovered through a Spotify playlist. It gives me punk indie rock vintage vibes and makes me feel invincible for some reason. I guess that mix of adolescent adrenaline and dreamy lyricism just hits the spot. I still don’t know what exactly a “jump rope gazer” is, but I’m giving this song my best try anyhow!

Track 06: Diana Wang 王詩安– Your Girl 你的女孩
Netherlands born singer Diana Wang is one of my favourite artists in the mandarin music scene, and I’m a big fan of her recent repertoire. Her sound is clean, fresh, and always quietly bubbling with new possibilities. To me she’s an example of how you can stand out without creating a “big” sound or having a “big” voice, and I really resonate with that. I’ve recently really been feeling a song from her “Poem” album called “你的女孩”, and my interpretation of the lyrics have changed over time. Initially I thought it was about returning to a lover’s side, but now I view it as a daughter who’s left home to fight for her future, but yearns to sometimes come home and see everything the way has always been. Given most of my adult life has been spent away from home, this interpretation just makes me enjoy the song even more.

Track 07: SIMONA – Rosa Pastel
I love anything pastel so when I chanced upon this song via the good folks over at Womanly Sounds, I had to give it a listen. A mix of latin pop, reggaeton, hip hop and electronic elements, the track screams pink in a way I’d never imagined. In an interview artist SIMONA has said that the colour pink for her is more a feeling than a gendered notion, and I can totally feel that sensation coming from this dreamy, smoky, perfumed track. Fun fact: Did you know my animal crossing name is Rosa Pastel? Go figure.

Track 08: Sigrid – Mirror
Norwegian pop artist Sigrid has been one of my favourite listens this summer. I love everything about her, from her dynamic vocals that stretch our imagination to its limits to the punchy, empowering lyrics that come with every song. Be it toxic people, independence or self love she’s singing about, she makes me (and hopefully many other girls out there) feel like they’re right where they should be in these confusing times, and that she’ll be right there with us.

Track 09: María José Llergo – La Luz – A COLORS SHOW
I heard flamenco singer Maria Jose Llergo when she performed her song “La Luz” on COLORS, and I fell in love with the sparse arrangement punctuated by sampled flamenco beats and combined with ambient synths. The sound ebbs and flows with the melody, and it’s just a breath of fresh air as Maria’s effortlessly silken vocals enters the chorus and bridge. I have honestly never heard anyone sing like that, and it gives me chills every time. It opened the doors to a new world for me, that of flamenco music, the history of the Romani people, and new possibilities for cross genre fusion. Learn more about Maria via her fascinating Rolling Stone feature.

Track 10: Guo Ding 郭頂 – 水星記 Mercury Records
Chinese artist Guo Ding’s voice makes me die a million times over. His 2016 record “The Silent Star Stone” is timeless, and I still take it for a spin every now and again and just bask in the soulful emptiness his songs create: a feeling of eerie serenity as if you’re floating through space and looking down on the earth we call home. The melody for “水星記” is achingly beautiful, and the longing that is so meticulously portrayed in the lyrics are etched into my memory forever.

In this 4-part Choice Picks series, we invite team members Allison, Matt, Sinead and Jocelle to share their thoughts about being part of APW, and of course what music gets them going in the morning. Check out the series as we release throughout the month of August here.