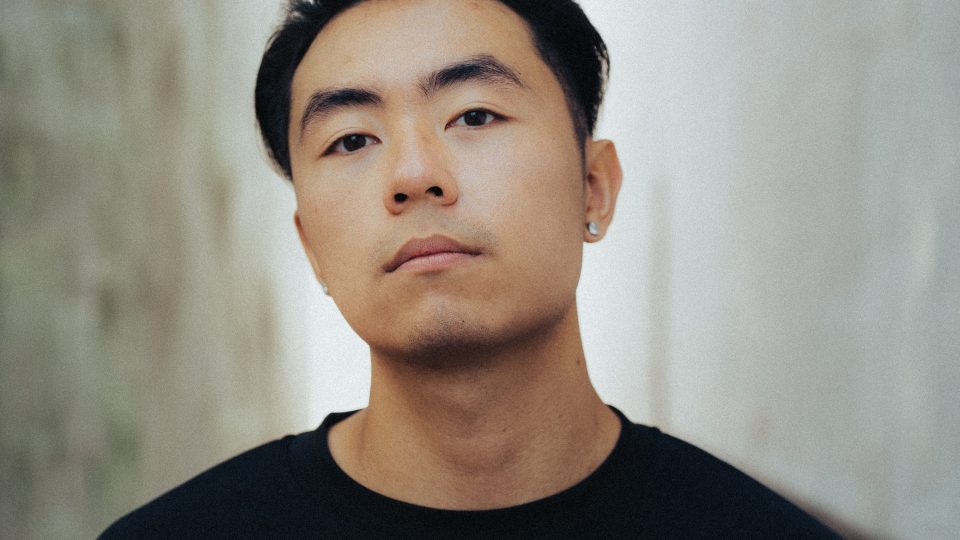 When I first heard singer-songwriter Jiexi Zhao‘s music, right off the bat I knew it was something special. A sucker for anything ‘East-meets-West’, Zhao’s striking brand of R&B and Soul mixed with elements of traditional Chinese instrumentation resonated with me immediately.

While the intricate fusions of forefathers such as Wang Leehom, Khalil Fong and David Tao have certainly paved the way, Jiexi’s irresistible vocals, intriguing story and laser focus on Neo-Soul, R&B and Funk have allowed the Boston-based artist to break new ground on his debut EP ìnkè, a bilingual double entendre which means ‘ink’ in English and ‘imprint’ in Mandarin.

“In English, ink can be derived from “ìnkè”, which is literally used in both Western and Eastern cultures to write and paint. Though using the same material, the outcome of those actions, influenced by different cultures,  upbringings, and perceptions, can be completely different. In Chinese “Inke (印刻)” means to imprint an idea. Although we may come from different upbringings and cultures – Eastern or Western – we ultimately all share commonalities with one another. And that is the very idea of what I wish to imprint on people through the use of my own ‘ink’.”

Growing up in Beijing in a musical family before moving to Boston, Zhao shares that it was in fact the pandemic that gave him the space and sparked the inspiration he needed to come up with the idea of a crossover EP, reflecting both on his past and present self.

“It was the pandemic that allowed me to slow down, explore and experiment with this cross-over. As a kid growing up in Beijing, I was blessed to be brought up with the 90s and 00s R&B/Soul songs at a really early age (huge shout out to my dad). My dad would buy billboard hits on his trips overseas and bring them home for me to enjoy. At the same time, I  was surrounded by Chinese traditional & classical music because of my grandparents who were musicians in the 50s. Whenever we drove around,  they would put that type of music on in the car. Both types of music feel natural to me. So, as a kid growing up with two distinct cultures, it only felt  natural to bridge these two styles together in such a way that represents who I am.”

In the vein of artists such as Diana Wang, who dedicated her album Poem to exploring her Peking Opera family roots together with her love of alternative R&B, Jiexi’s connection to both the Eastern and Western influences to his sound runs deep, intricately and inexplicably interwoven. But in marrying these seemingly polarising opposites, Zhao is breaking down assumptions of how things should be or how people should be viewed outside assumptions about culture and upbringing.

“Growing up in China with all the typical traditions, people viewed me as being mostly Chinese-influenced. But actually, I was brought up listening to American artists like Mariah Carey and Whitney Houston early on. Even some of my friends in Boston are surprised that I grew up on these things back in Beijing. This allowed me to find inspirations through different lenses when looking at something and I think that reflects the same in my  music as well.”

Always finding new ways to do things, Jiexi’s inherently unique perspectives have allowed him to see the devil in the details. After he shared more about how his grandparents have influenced his musicianship, it seems that it runs in the family!

“My grandparents taught me so many important things I needed to know about music. From technical things to score reading, they instilled in me the discipline of practicing what music really is and how to live with it every day. What I mean by that is, not only do they sing and talk about music all day long, but they seek musical inspiration even through the most mundane things in life. For example, as a kid, I remember they would sometimes sweep the floors in a rhythm and sing songs with the beat. I feel like they are masters of their craft. They know how to find inspiration in their lives, and it’s almost like they see the world through a microscope.  That’s why their work seems to resonate with their audiences. Watching my grandparents living with their music inspired me to follow in their footsteps.”

Just as his grandparents made an art of living in harmony with music, Jiexi’s album ìnkè strikes a beautiful harmony in many respects too. From deciding exactly which Chinese instrumentation to include to truly shape his own brand of East-meets-West fusion to the empowering messages that come through in his music, the attention to detail on this EP is breathtaking.

Jiexi takes us through some of the Chinese instruments he decided to incorporate, and his reasoning for including them in certain tracks on the EP.

“For those who don’t know, Guzheng is one of the most influential Chinese string instruments. It was popularly used in ancient China and played for emperors. The Guzheng in the first song, “BE YOURSELF.” adds just the right amount of bite and grit to the song. For my second song, “How does it Feel”, I really want people to feel the emotion of missing a loved one or significant other. I thought the Erhu would be the perfect instrument to evoke wistfulness and somberness.”

Zhao also shared another interesting point that reinforced his commitment to detail. Choosing not to just rely on his roots and influences from Eastern and Western genres, he put on his research cap to craft these songs in ways that would pay beautiful homage to his heritage and to the unique roots of certain Western genres such as Hip Hop.

“The process of this EP did not only include the normal process of any music production but also took a huge amount of research on both genres and their history. For example, “How Does it Feel” is inspired by “Shidaiqu  (时代曲)”, a musical genre in 1920’s Shanghai which combined Chinese folk, American Jazz, and Hollywood film music together. The song “BE YOURSELF.” included Guzheng bits that were treated as a sample, and sampling is a production technique that got popularized in Hip-hop.”

With effortlessly sultry vocals, gritty bass lines, and crunchy keys that dial the amp all the way up on those stanky soul feels, there is no contention about Zhao’s neo-soul/R&B/Jazz influence. Starting with his dad bringing back a Billboard ’90s compilation CD, that was the beginning of a lifelong love for Jiexi.

“I still remember to this day the third track on the CD was “When You Believe” by Whitney Houston and Mariah Carey, and I still remember the lyrics and melody as clearly as ever. Most children around me listened to nursery rhymes, I was listening to Whitney. Eventually, that led to me to explore other genres like Funk, Soul & Jazz.”

Another thought that fascinates me about Jiexi’s brand of ‘East-Meets-West’ fusion is that the songs on this EP are written in English. While the likes of Wang Leehom and Khalil Fong were creating East-meets-West fusion music with the intention of connecting and introducing overseas genres to Mandarin-speaking audiences, Zhao is fighting an uphill battle to introduce his heritage and make it more accessible for Western listeners.

Especially given the growing tensions around race in the United States, Zhao was unsure of whether or not this was the right time for him to be releasing his EP. But in seeing the pushback from the Asian diaspora community and the movement it created, this has only made the release of Zhao’s EP even more poignant.

Jiexi shared about his perception of Western culture even while growing up in the East, and why he’s so passionate about letting his roots show.

“Growing up as an Asian kid, we were always growing up with the influence of western culture, music, food, and most importantly, image. To a point, in most of our minds, we actually do think western culture is sometimes superior to our own. And the whole point of my EP is to show not only to Westerners but also to ourselves. I want us to be ourselves and to be proud of what we have; to understand that all cultures are awesome in their own way. And more importantly, bridging cultures is even cooler.”

Above all ìnkè is more than just a couple of random ‘East-meets-West’ fusion songs put together for fun. Nor are they just intended for any one type of audience, be they Western or Asian. Zhao has pioneered new paths by using his brand of fusion as a vehicle for his message of universal self-love; one that implores us to appreciate diversity as an inherent part of each and every one of our identities.

Just like our thumbprints which are unique, we all have the opportunity to make our mark on the world around us just as Zhao has. In digging deep into his history, his intentions and through keen observation of the world around him, this budding singer-songwriter has created a gem of an EP that shows the world what he can do, and how music can shape the world that we’re living in.