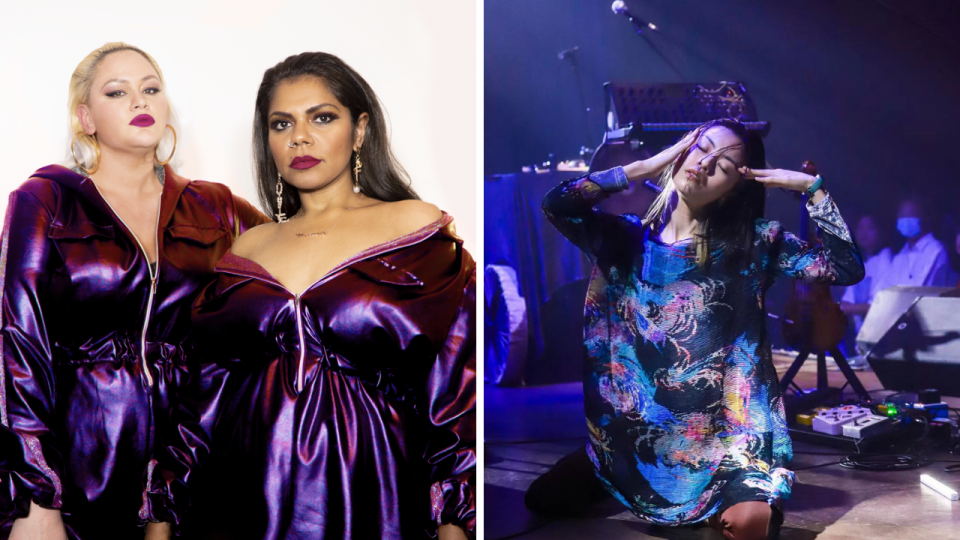 What happens when Australian First Nation pop divas frame up their experiences against those of a Chinese electronic indie darling?

Introducing sonicbridge 知音, the project that aims to bridge the Australian and Chinese music scenes, and to show us that no matter what the world throws at us, we aren’t so different after all.

Featuring First Nations pop duo The Merindas who are currently based in Melbourne, and Shii, an ethereal electronica act based in Wuhan, China as the main participants, the project sees both artists sharing anecdotes and developing a dialogue around their creative lives.

Through a series of videos, webinars and conversations, many mutual themes between these artists are revealed, such as the importance of a female community in the scene, the economic pressures of being an indie musician and the opportunities that lie in relocating and touring for work.

As the two sets of artists dive deep into their own works and that of each others, both past and present, new perspectives are unearthed in regular zoom conversations, while similarities are documented in the resulting videos.

Audiences are invited to hold both separate conversations seen in the final videos in the same regard, and dive deeper into the respective music scenes.

From discussing Candice and Kristen’s connection to their land and culture in the zoom meetings, to Shii’s interest in women empowerment as a topic in her music, it is rare to see such effort being put towards facilitating such conversations between artists from different cultures, and certainly takes a certain openness to new experiences that we need more of as the world continues globalising.

A project initiated by Monash University and Asialink Arts, sonicbridge aims to reimagine cultural diplomacy by initiating an exchange of music cultures and practices in a digital era.

Ultimately, its goal is to provide a platform that can overcome cultural and physical disparities while building appreciation around the value of music in civic life and its ability to unite.

And there is no factor that connects these scenes more than the impact of the pandemic on live events and the possibility of global collaboration. While walls are being put up everywhere we go, projects like these remind us of what lies on the other side; building empathy and understanding of a music future that is viable, ethical and accessible to indie artists everywhere.

知音 sonicbridge is an initiative of Monash University and Asialink Arts supported by the
Australian Government through the Department of Foreign Affairs and Trade and the
Australian Cultural Diplomacy Grant Program. Check out their website for more updates about the initiative.