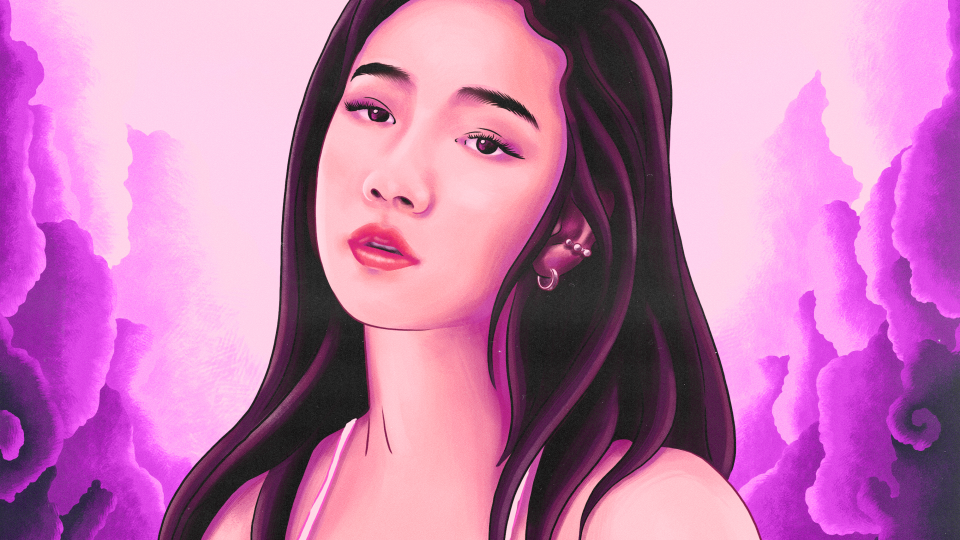 There is a certain skill involved in remaking songs in different languages, as surely Walt Disney and the K-pop industry know well. Wedging in too many syllables per line, deciding whether or not to keep certain elements of the original language or working out how to solve the problem of what to do about featuring artists are just some of the challenges producers come up against, leading more often than not to a production that sounds like a copy, not an original.

Therefore, upcoming R’n’B singer Julia Wu吳卓源 took on a huge challenge in remaking not just one song, but her entire 2019 Mandarin language album in English. Managing to avoid the pitfalls described above, Wu has created an album that sounds like it was written natively in English. Julia, who wrote all the songs in both languages, harnessed her fluency in both languages to translate the songs not literally, but also in style and feel to create an album that sounds like an original composition.

This is reflected in the title of the album itself, 5pm, which consciously differs from the Mandarin language title, 5am. Following a recent trend of naming songs after the early hours of the morning (think 4am Calls by Kimberley Chen 陳芳語, 5.10am by Fool&Idiot傻子與白癡), Wu’s songs explore the range of emotions, both positive and negative which are heightened at this time of the night (or day).

This theme, and the seamless transition from Chinese to English, is clear from the first song, ‘What’s Up?’ Wu’s smoky vocals blend with lo-fi percussion and careful layering of sound in her signature laid-back R’n’B sound. Setting up an intimate, late-night soundscape which extends throughout the album, Wu describes the excitement of reconnecting with an old flame.

This vibe carries on into the middle section of the album with the sultry sounds of ‘Fever’. Despite the new layer of meaning brought to the lyrics ‘Lately I’ve not been well/Because of you my love/You give me fever’ in the wake of coronavirus, the retro vibe and circling harmonies lend a hypnotic feel to the track, which was apparently inspired by the gospel harmonies of 80s and 90s R’n’B artists Jodeci and Dru Hill.

Starkly contrasting this latent excitement of love, Wu also addresses the other side of the 5am experience on ‘Money Can’t Buy You Love’, ‘5am’ and ‘All of My Friends’. Although all bringing their own different style to the record, the three tracks all deal with the feeling of being let down by what you believed in, whether it be money, fame or friends. Driven by a pounding bass line, ‘Money Can’t Buy You Love’ and ‘5am’ both deliver Wu’s classic looping harmonies and catchy hooks as she calls out the idolisation of fame and wealth.

In the wake of this, ‘All of My Friends’ is a much slower offering on the same theme. Over a disarmingly simple melody and lyrics, Wu creates a quietly touching portrait of fake friendships: ‘All of my friends/All just pretend/They gon’ ride or die till the end’.

Offering a break from this more somber tone, Wu intersperses these weighty tracks with lighter offerings infused with upbeat, tropical sounds. Several songs on the album use the dancehall bass-line created by Tower da Funkmasta, while the heavy synths of ‘Planes, Train and Automobiles’ lends an appropriately funky retro vibe to the record, lifting the mood of the album.

Similarly ‘One in a Billion’, which features rapper SHOU婁峻碩 on the Mandarin version, recalls the fluid hip-hop sound of her previous song ‘Mybong買榜’. Moving away from this vintage style, ‘Things Things Things’ injects a very modern touch to the end of the record, combining reggaeton beats with a range of electronic effects to produce an addictive melody.

A slight bump at the end of the record is the final offering ‘Breathe’. Billed as a throwback to piano and bass soundscape of one of her early tracks ‘Taipei Sky’, it suffers from coming after the high-tempo ‘Things Things Things’, unfortunately slowing down the energy of the whole album just as it ends.

Overall, Wu offers an impressive English language album which stands tall as an independent project. An interesting mix of retro, funk, R’n’B and hip hop elements, it allows Wu to confidently showcase her instantly recognisable sound and vocals. In the future, just like on the Mandarin language version, I would love to see Wu collaborate with more artists, giving her the space to explore different genres and styles. With an already huge and growing fanbase, at only 25, the world is Wu’s oyster.