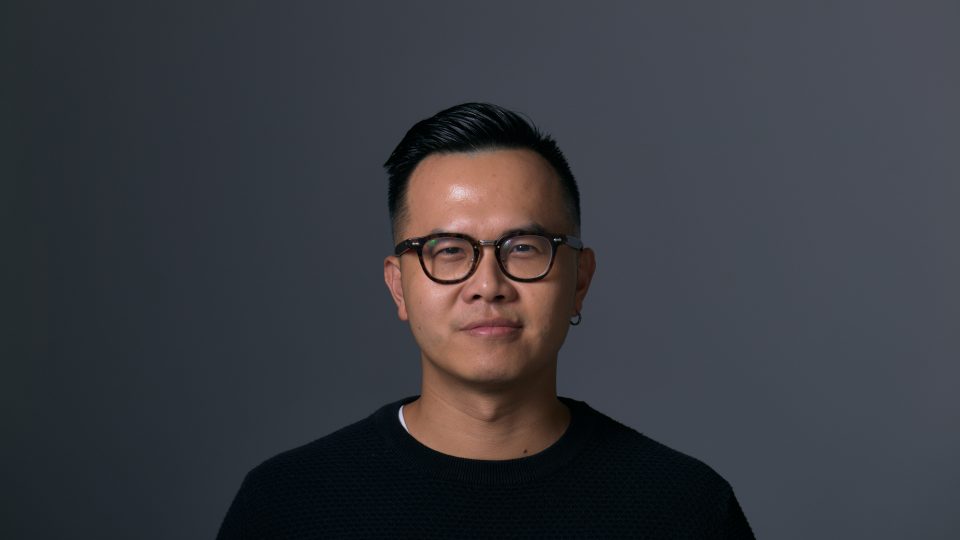 Despite the music industry not being the most positive of environments at times, acclaimed producer , songwriter and guitarist Derrick Sepnio is proof that a little kindness and positivity can go a long way. Backed up by his seven Golden Melody Awards (Sepnio upped the number by three after winning again at the 31st GMAs) and countless nominations, the nice guy’s personality truly comes out to play in his latest and first solo single “XXIII’.

Inspired by his love of basketball and pushed to create for himself due to the unexpected circumstances of the pandemic, Sepnio hit pause on a glamorous but jam-packed schedule touring with Mandopop greats such as A-Lin and Bibi Zhou in 2020 and went back to the studio.

It was here that Derrick relished the opportunity to drill down into his songwriting capabilities, and in doing so found that it was the perfect time to try something new. We spoke to the acclaimed Philippines-born, Hong Kong-based producer about his thought process behind finally releasing his own music, his journey thus far, and of course what advice he has to give to budding creatives trying to navigate their way through a complicated industry.

Congratulations on your debut single Derrick! Can you tell us a little about the track “XXIII”?
Thank You! I can’t believe I’ve finally released my own piece of music after 1 and half decades of producing music for artists. The track was written in the very very beginning of the Pandemic. I have flown a staggering 282 times in 2018 and 19 for various concerts , tours and my side business. So I wasn’t really writing much music …always thinking as a producer I’m not composing much in general but rather working on other people ’s compositions. Fast forward to 2020, I was doing 3 nights back to back in Taipei Arena with Diva A-lin ..then who would have thought … A pandemic hits worldwide and most work was stopped (we managed to finish the 3 nights). I guess I was a bit worried in the beginning … so I turned quite proactive after a few days. Writing on average 1 song every two songs either myself or my co writers … I realised this is the time that I have always dreamt of to focus on my writing chops. “XXIII” was born after I finished watching the documentary “ The Last Dance” (I’m a hugeeeee MJ fan).

I think it’s clear you’re a big basketball fan. Was it a very organic experience to combine your love for the sport with your love for music?
Yes I was exercising every single day at that point … I guess with tons of endorphin pumping I felt great and optimistic. Writing came quite naturally since then, it would have not been possible when I was touring heavily.

You can certainly feel the electricity of the game in the arrangement that fuses rock, electronic and urban genres. What did you most want to express with this work?
Thank you … For me the track kinda summarises all the sides of MJ for me. Start of the game, the Epic moves, behind on scores, up in the air, trash talking, celebrating after a buzz beater. The backbone of the  track came super naturally I would say for expressing the image I saw in my head.

You’ve brought together some of the most experienced people in the music industry to work on this track together. Was it a different experience working with them on your own material as opposed to for another artist?
I think it would have not been possible if it weren’t for the pandemic … Totally a different experience this time when I called on the heavy hitters as well as my friends. Thanks to Michael Brauer and J3PO who happen to like my track and gave me exactly what I was looking for. My track is more on the ‘Electronic/Programming’ Side which is something Michael Brauer used to mix .. I thought it would have been a fresh combination to get his sound on this track. And for J3PO he was just sooo professional and easy to work with. This time I gave everyone total artistic freedom … I have used whatever they have given me pretty much, no change or revision. When I’m working on other people’s songs I have certain parameters I have to follow … (The goals of the song /Single vs sidetrack/Rebranding an artist/following the artist ’s usual sound) , but this time honestly I just wanted everybody to give me the most “Them” (sound) .

As a creative, I’m sure you’re always making music and creating new sounds with various artists and collaborators. What made you decide to take the leap to release “XXIII” solo?
Honestly i wasn’t sure for a while… until Michael Brauer said yes and that he digs the track!!! And Of course my drummer friend Tony Parker kept encouraging me along the way …

We know first and foremost you’re a producer and have worked with some of the biggest names in the Mandopop scene. Being born in the Philippines, how did you get your start in the industry to begin with?
Around 2003 I moved to Toronto and played in bands, got to record an EP with the legendary producer Nick Blagona (Deep Purple , The Police, Bee Gees) with my band. Learnt a great deal from him and realised I don’t know anything about Music/Audio production as I was already fairly accomplished on guitars at that time, but when I first saw an SSL console and Pro Tools .. I was like “OK I want to learn this”  . He then told me I should go to Metalworks Institute for their Audio Diploma…A year later I graduated (Oh gosh almost couldn’t graduate ‘cause I have never liked school)  and worked under another legendary Producer Gavin Brown (Three Days Grace, Billy Talent, Metric) for three years at his personal studio. After that I went freelance and flew back to Hong Kong to start the very early days of FU Music with Khalil Fong… one thing led to another ….and I was in the C-pop market since then!

Congrats also on your nominations at this year’s GMAs! This is certainly not your first rodeo. What is it that fuels your creativity and keeps you going when it comes to working on new music and giving your best?
As cheesy as it sounds, you have to love it! I‘m very contradicting when it comes to music : When I‘m with other people I’d like to move on very fast and get the best outta everyone  …making sure there’s a great vibe going and no idea is (a) bad idea. But when I bring home the project I can spend days working on the littlest geekiest thing. I feel like what keeps me going is catching up to all the favourite records that I grew up with and also what other peers are doing .. I guess I’m like Michael Jordan, deep down I’m crazy competitive (OK healthy kinda competitive ).

What advice do you have for budding producers, songwriters and creatives who want to find their place in the Asian music industry?
Asian music is quite different in a way … it took me a while to get used to. I speak the language but it has its own unique flow . Also the language is harsher so if you de-ess the vocal too much the language won’t sound right. Now you have all these extra attack and sibilances, you have to arrange the music a bit different to compliment the language. For K-pop , Korean have done a great great job on complementing their language musically and finding their own sound. Shout out to my buddies from Seoul! You guys are doing amazing things over there  … Probably went a bit off topic but another thing that is super super super super important , the two golden rules for longevity in music industry .

You’ve worked with many big name artists over the years and are an integral part of the FU Music collective. Do you have a favourite project that you’ve worked on, and what was it that made it special?
Has to be Khalil Fong ’s “JTW” album. Still one of my most creative work to date and we got to work with so many heroes of ours, just unforgettable and guess what? So many young kids came up to me at the airport, music festival or even hotpot … telling me how much they like his new stuff. It means a lot honestly, because it’s not easy for an artist to take a leap of faith and dive into a new sound …reinventing themselves. I‘m really proud of that and i still put that on when I’m driving sometimes.

Do you have plans to release more of your solo work in the future?
YES DEFINITELY . Look out for it 🙂

Sharing with us not only about his strengths but being blunt about his weaknesses, the down-to-earth creative’s love for the game (both basketball and music)shines through. As a veteran in the music industry, its refreshing to hear Derrick put such an emphasis on work ethic, professionalism and kindness in an industry that oftentimes lacks it. But given his stellar track record and the clear passion he still has for the work he does, his advice seems as foolproof as you’re ever going to get.

Leading by example, Sepnio shows us that it’s never too late to get your head in the game, and more importantly, that nice guys don’t always finish last.

Follow Derrick Sepnio on Instagram or Spotify and listen to his single “XXIII” on all streaming platforms.