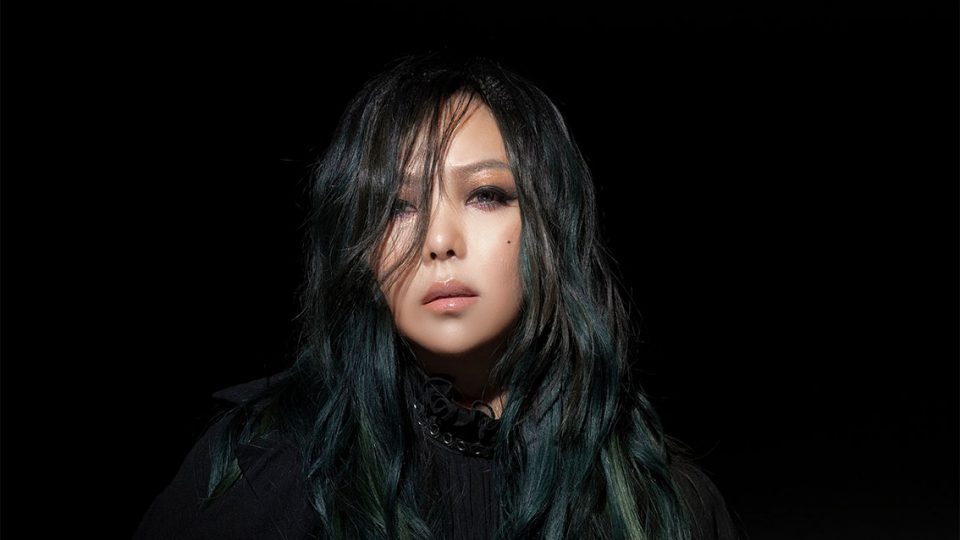 It is impossible think of Mandopop without understanding the staggering impact that phenomenal diva A-Mei Chang 張惠妹 has had on the scene. Since her breakthrough record in 1996, the inspirational powerhouse has gone on to sell over 50 million albums, is the artist behind Taiwan’s best-selling album, and holds the record for the most wins of the coveted ‘Best Mandarin Female Artist’ award at the Golden Melodies. Thus it comes as no surprise that after a dazzling 24-year career she’s considered by many as the irrefutable Queen of Mandopop.

To celebrate International Women’s Day, let’s take a deep dive into the legend that is A-Mei and learn how this Indigenous girl who was raised in the mountains of Taiwan went on to become a legend of Mandopop, an icon for the underdogs, and an inspiration to women everywhere.

The Power of A Woman

From the very beginning, A-Mei has always rebelled against the traditional expectations of women both in the realms of Mandopop and Eastern society. Whilst there is no doubt that Mandopop leading ladies such as Teresa Teng 鄧麗君 and Julie Su 蘇芮 were important female voices, none challenged the status quo the way A-mei did. With her skin tone, voice and physical charisma, A-Mei redefined what a successful woman in Mandopop could look and sound like. Even later in her career when she received scorn from the media for her weight gain, the singer brushed these criticisms off; refused to apologise and encouraged the public to focus on her abilities as a performer.

A-Mei has explored sexuality in the context of female independence on chart-friendly songs such as ‘One Night Stand 一夜情‘ (2000), ‘Victoria’s Secret薇多莉亞的秘密‘ (2007), and ‘Booty Call‘(2014). Furthermore, she uses her music to validate female self-worth in songs such as ‘Chinese Girl‘ and ‘I Want Happiness 我要快樂‘. Not only has she been empowering women through song for decades; in recent years she has also collaborated with contemporary Mandopop femme fatales such as Eve Ai 艾怡良 and Lala Hsu 徐佳瑩 on 2017’s ‘Catfight 驕傲‘, wholeheartedly passing the feminist torch onto a new generation.

It was through the fearless performer’s alter-ego albums AMIT (2009) and AMIT2 (2015) however that saw A-Mei launch a feminist rebellion against the repressive double standards of patriarchal society. Featuring a range of musical styles, AMIT was musically rich and multifaceted; featuring songs such as ‘Double Cross 黑吃黑‘ where a girl ironically comments on her boyfriend’s promiscuity against a video featuring explicit portrayal of the female body and beheading of male privilege. AMIT2 doubled down on this audio-visual protest and included songs such as ‘Matriarchy母系社會‘, an outright resistance against hetero-normative expectations. The anger and violence heard on this track is a direct critique on men’s hypersexualisation and inferiorisation of women, and represents A-Mei’s refusal to serve the patriarchy. Both these records challenge hetero-masculine authorities over women, and are a rallying cry for a female-driven rebellion. This anger was rewarded both commercially and critically, with AMIT sweeping the major categories (including Album of the Year) and the 2010 Golden Melody Awards, and AMIT2 re-igniting an upward trend in her record sales.

Thanks to A-Mei’s trailblazing efforts to redefine what a woman could be in Mandopop, countless others have been able forge their own journey and fight for acceptance on their own terms; be it other female artists/allies, or fans of her works. In addition to her work as a feminist icon, Chang’s heritage as an indigenous individual has also informed her works greatly.

A Pioneer For Indigenous Representation in Mandopop

Decades before Indigenous artists in the mainstream began to cross cultural and visibility borders, A-Mei, a native member of the Indigenous Puyuma group was dabbling in it across her records and embracing it as a central feature of her pop star persona. From the very beginning, the culturally aware artist combined Mandopop with flares of Indigenous culture to create pop music unlike anything heard before.

This demolishing of cultural borders was felt on her very first single, 1996’s ‘Sister 姐妹‘ which prominently featured Puyuma chants and lyrically chose to explore female kinship and life in Taiwan’s mountains, helping her debut album of the same name break sales records and become one of Taiwan’s best selling albums. Her heritage was also the focus of 1997s ‘Whenever I Think About You一想到你呀‘, which was a celebration of indigenous life through video and song.

It’s perhaps no surprise that the intersection between feminism and Indigenous identity again comes to light on AMIT and AMIT2, not least because Amit is A-Mei’s birth name and the Puyama group to which she belongs is traditionally matriarchal. The albums are an opportunity for A-Mei to bring her indigenous identity to the forefront, and AMIT saw her compiling three Puyuma tribal songs into a single heavy rock track on Amit 阿密特, a commentary on Indigenous traditions’ fight for cultural relevance today. AMIT2 meanwhile had songs such as Star Wars戰之祭, where she dedicates a prayer to her ancestral spirits as the heavy metal instrumental sets a visually striking scene of warfare for listeners.

A-Mei was a pioneer not just of Indigenous visibility, but Indigenous success. Interestingly, the diva’s stratospheric rise coincided with fundamental societal change in Taiwan, including in the rights and acknowledgment of Taiwan’s culturally rich Indigenous population, ultimately making A-Mei a perfect choice to perform the Republic of China National Anthem at the 2000 Presidential inauguration. With her trailblazing feminism and proud Indigenous identity, A-Mei championed hopes for a modern and diverse Taiwan.

A Beacon of Equality

A-Mei was a pioneer in the Mandopop world for championing equality. The video for 2003’s ‘Love is the Only Way 愛是唯一 ‘ featured a marriage ceremony between two men, an unthinkable occurrence in almost any country fifteen years ago. Although not her most commercially successful song, the video ensured it went on to become a significant moment in mainstream audiences being exposed to the LGBT community. Even from her most recent album, 2017’s ‘Story Thief 偷故事的人‘, the video for the trap-inspired ‘Talk About It 到底’ was explicit in its presentation of lesbian sexuality and visual references of bisexuality.

A-Mei also has many songs which have been embraced the gay community, for example 2007’s ‘Summer Wave 夏天的浪花‘ where she sings of equal acceptance of male and female lovers, and 1999’s ‘I Want to Fly 我要飛‘; a rush of positivity and pride in daring to be yourself.

We can’t discuss A-Mei’s importance to the LGBT community without highlighting ‘Rainbow 彩虹‘ (2009), arguably the most important song in the Mandopop LGBT canon. Packed with emotion, Rainbow is a love letter from A-Mei to the LGBT community in which she implores that love should not be hidden away, and takes pride of place amongst her most commercially celebrated works.

Female pop stars are regularly co-opted as LGBT icons, especially those who refuse to fit the script of mainstream femininity and sexuality. The fact that A-Mei refused to play along in the Han-centric patriarchal culture of Taiwan made her a beacon of hope, strength, and equality for culturally repressed minorities.

Many of the songs that resonate with women for their presentation of female sexuality and reversing gender stereotypes also become anthems for A-Mei’s gay fans, giving them a sense of power and ownership over their sexuality, including 2004s passion-infused ‘Fire 火 ‘and 1997’s explosive anthem ‘Bad Boy‘ which went on to become one of the biggest hits from the album of the same name, which is the biggest selling record in Taiwan’s history. Conversely, her roaring ballads also resonate strongly as it allows the community to live vicariously through A-Mei, hearing the sorrow of their own lives such as on ‘I Hate I Love You 我恨我愛你‘ which deals with the incompatibility of two people, and ‘Do You Still Want to Love Me 這樣你還要愛我嗎‘, where she bares her soul to the one she loves, asking for acceptance.

A-Mei has spent her career fostering a sincere relationship with the LGBT community borne out of love and acceptance, and that is also why the community continues to give her their adoration and respect in return.

A-Mei rose from an oft-ignored part of society to become arguably the most important female pop star in Mandopop, and redefined pop culture in the Chinese speaking world. Her pioneering feminism, visibility as an Indigenous person and reputation as a champion for underdogs of society allowed her not only to define herself as an Indigenous artist and feminist activist, but played an important and indispensable role in redefining a woman’s place in contemporary Eastern society. Her willingness to generously nurture and dedicate her body of work to positive change in all various aspects of society renders her a Matriarch of Mandopop like none other.

Without A-Mei, Mandopop would not be where it is today, and there is no question as to why she has cemented herself as one of the most important musicians in Mandopop history. This International Woman’s Day as we celebrate and continue our fight for equality against glass (and bamboo) ceilings, we salute you, A-Meizing A-Mei.