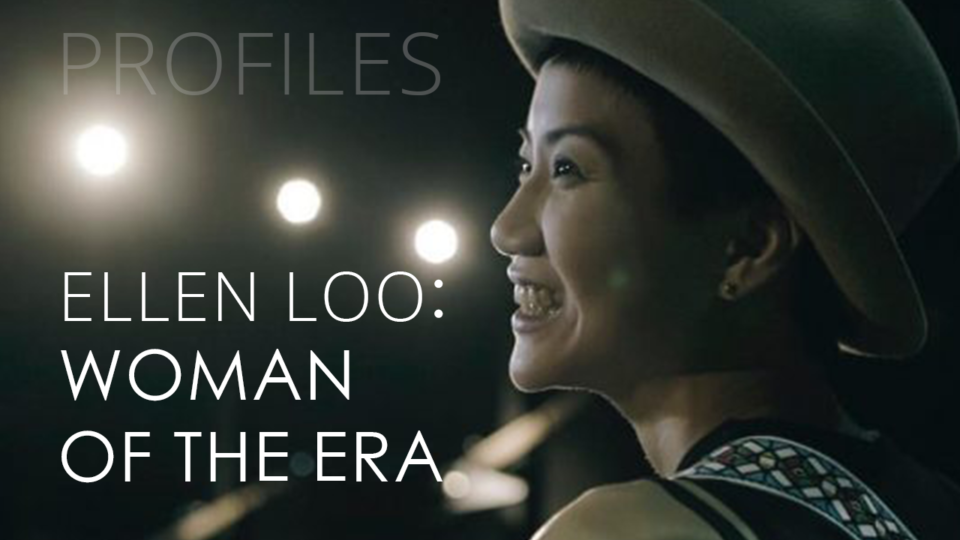 About this feature series: ‘Profiles’ is an all-new feature series where we dedicate an article to highlighting how certain Mandopop artists have changed the scene. These features promise a unique perspective and shine a  new light on artists that we think deserve to be applauded for their contributions to the contemporary Mandopop scene.

“I am going to do something great today — it is one of the decisions I made for myself since I turned 30. I finally understand why people like to take selfies of themselves as you really want to take a picture of yourself when you have a high morale.”

The world of Chinese language entertainment spun into mourning on Sunday (August 5) when it had been announced that Hong Kong musician and actress Ellen Loo盧凱彤 had under non-suspicious circumstances been found on the floor outside her residency building after falling from her apartment. Ellen was 32 years old.Since that unfortunate day, there has been an overwhelming outpouring of sympathy and sadness from celebrities, politicians and fans alike. Choosing to premiere our Profiles feature series with an article on Ellen however, is not to lament this tragic loss, but rather to celebrate and pay homage to the understated talent, endearing spirit and lasting legacy of one of pop music’s brightest and alternatively influential stars.

From the very beginning, Ellen Loo was unwilling to play by the rules of the pop music game. After meeting Eman Lam林二汶 in 2000 at a singing competition, the two girls formed girl group at17, which fought head-on against expectations of girl groups. At the time, mainstream girl-groups were incredibly feminine; idol projects whose image and songs were exclusively decided by men. At17 were a breath of fresh air for many reasons-including but not limited to-their gender ambiguous styling, folktronica style of music, and their reputation for being genuine creatives and skilled musicians. Their success and reputation allowed them to release several albums between 2002 and 2009 and become household names, before their eventual (non-permanent) split in 2010.

After the group split amidst rumours that the Hong Kong market found them overly indie, Loo decided to break out on her own, move to Taiwan and attempt to build a career in the Mandarin language market. Her 2011 debut Ripples 掀起 was a statement: Ellen has arrived. An 11-track collection of guitar-driven indie pop, stores sold out instantly and emergency reprints had to be made to get the album back onto the shelves. Reviews at the time praised Loo’s ability to absorb differing musical styles to create a coherent pop song, and spoke highly of her songwriting prowess, comparing her words to an author who wants to tell the reader a story. On top of that, her live performances were endearing to all, amplifying her natural talent and charm. It was even said that Ripples biggest effect was that it was able to bring a smile to everyone that listened to it.

And yet, it’s all too common a phenomenon that issues relating to mental health plague some of our brightest and most creative artists. Unfortunately, mental health played a huge role in Ellen’s life, and she spent years fighting against bipolar disorder. Officially announcing her diagnosis in 2013, she had previously said that since she was a teenager she suffered from wild mood swings.

Ellen set an example and precedent within the scene by being open and frank about her fight with the mental illness, in the hope that it could help others who were also suffering. In a soul-baring interview, she spoke openly about suicidal thoughts, and about often feeling like she was willing to do anything to make the pain stop. She also mentioned that it was music which saved her, and that to be able to pour her feelings and emotion into her songs was an emotional escape and therapy.

After taking a year off to cope with her illness, she made a striking statement during her comeback concert in 2015, shaving her head in front of the audience – a symbol of a new beginning.

A Trailblazer & Advocate for LGBT Rights

​Ellen Loo was also a trailblazer for LGBT rights. When she was awarded Best Composition at the 28th Golden Melody awards, Loo came out by publicly thanking her wife, saying that without her, she would have never written her first song in Mandarin eight years ago. Loo not only became one of the only publicly LGBT artists in Mandopop, but also became the first to announce that she was married to a member of the opposite sex (her wife and herself registered their marriage in Canada, where Loo was born). Already a champion of the LGBT community and regarded as an icon due as a result of her willingness to perform using ‘male’ instruments and reject feminine beauty standards, Loo became a hero and icon for diversity overnight, bringing important visibility to the subject. She had even said that she planned to register her marriage in Taiwan once it became legal in 2019.

Her Critique of Societal & Political Issues

It was the difficulties she faced in her personal life; alongside a newly found inspiration to discuss the subjects of politics and sexuality that inspired her to create her 2016 magnum opus, Your Perfection is a Little Difficult to Understand, But That Doesn’t Mean the World Cannot Tolerate It 你的完美有點難懂並不代表世界不能包容. Upon its release, the album immediately garnered critical acclaim, not only cementing her position as one of the great female guitarists of Hong Kong & Taiwan (港台首席女吉他手) but also reinforcing her willingness to tackle taboo subjects in her lyrics.

The Man Selling the Air賣空氣的人 is a four minute evisceration of those who seek profit by degrading the environment, whilst criticising property developers who out-price locals and young people from purchasing property (“They can find a job after graduation/but they still can’t afford to live here…/even the price of clean water is increasing”). Meanwhile her song Nuclear 無核 is also a commentary on environmental issues, and how it can help humans but be detrimental to nature (“flowers are not like flowers/leaves are like bones../new world, bless us.”).

​Loo also addressed her mental health issues in songs such as Cassette卡帶, where she said that even though it may appear like a love song, it symbolizes her feeling that everyone is stronger than her, and that she is still a little girl clinging to her father. Stay One Second留一秒, on the other hand, sees Loo using her own experience of suicidal feelings to urge the listener to take just one second to shut out the outside world and initiate self-healing. Home家 meanwhile is her ode to addressing her sexuality and the issue of gay marriage (“Silence is no longer sad../two girls outside a house/a silent wind blows/no more lying/you are mine”).

​Loo had previously said that in her darkest days, she always told herself that she was perfect – even if she didn’t believe it. The world is more than just you, and behind everyone’s exterior there are scars: our pain is part of what makes us who we are, and if we can all exist in the world together, then we can truly accept each other for who we are. This was the inspiration for the final track – the name of which was incidentally chosen to be the title of the album.

It wasn’t just issues relating to sexuality and mental health where Loo was willing to bare her soul: It’s worth noting that unlike many of her peers, she had an unwavering political spirit. Where all too often modern pop stars, in the aim of profiteering, remain silent or pledge loyalty to the Chinese regime in Beijing, Ellen chose to use her voice to speak out in opposition. Loo was a vocal and active supporter of Hong Kong’s local democracy movement, especially during the infamous 2014 Umbrella Movement (雨傘活動). She was one of several singers who performed a song titled Holding an Umbrella 撐起雨傘 which included lyrics such as “sitting in a sea of people/you must not be afraid…/Under the heavy rain/an umbrella is a blossoming flower” and performed whilst wearing a yellow ribbon – a symbol of her support for the social activists. These were actions which ultimately locked her out of the Chinese market entirely. She was deleted from the schedule of the Strawberry Festival in 2015 in Guangdong after being branded a Hong Kong independence supporter and her music removed from online services. She nevertheless laughed it off; in an interview with the South China Morning Post just last year, she said that she “never had to live on renminbi anyway” and on her social media decried the action as a limit on her freedom of speech, and that she hoped people would be able to follow their own hearts.

Her political views also manifested in other ways, such as the titling of her 2014 live album This Land was Made for You and Me. She had also been vocal about which political candidates she has supported. Alongside being a close friend of democracy activists such as Nathan Law, she had previously announced she was supporting Syd Ho to be elected into Hong Kong’s Legislative Council, a supporter of LGBT and women’s rights.

Ellen Loo was an unwavering social icon and a pioneer for the younger generations of cosmopolitan East Asians. Her willingness to fight to be seen for who she was, what she stood for and the basic right to exist how she wanted made her a hero to those who face discrimination in society. Above all; Loo was an heartbreakingly talented and versatile musician and artist, whose songs have influenced the lives of many. Whilst she may no longer be with us, the legacy of Ellen Loo will long be present, and her place as one of the most important musicians in Mandopop history has long been cemented before her passing. Her music, her voice, and her actions are a poignant depiction of the struggles of this era that will not soon be forgotten. 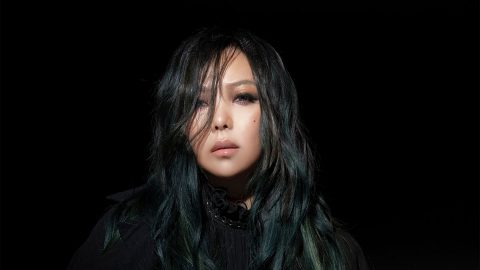 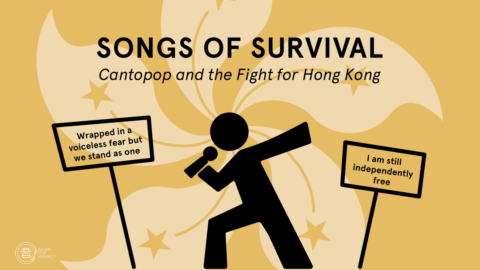 Songs of Survival – Cantopop and the Fight for Hong Kong 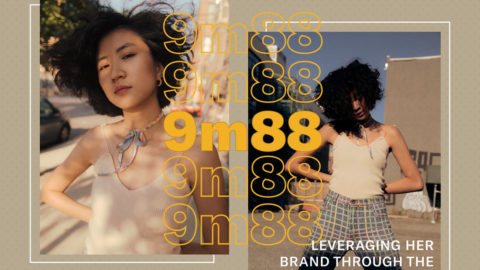