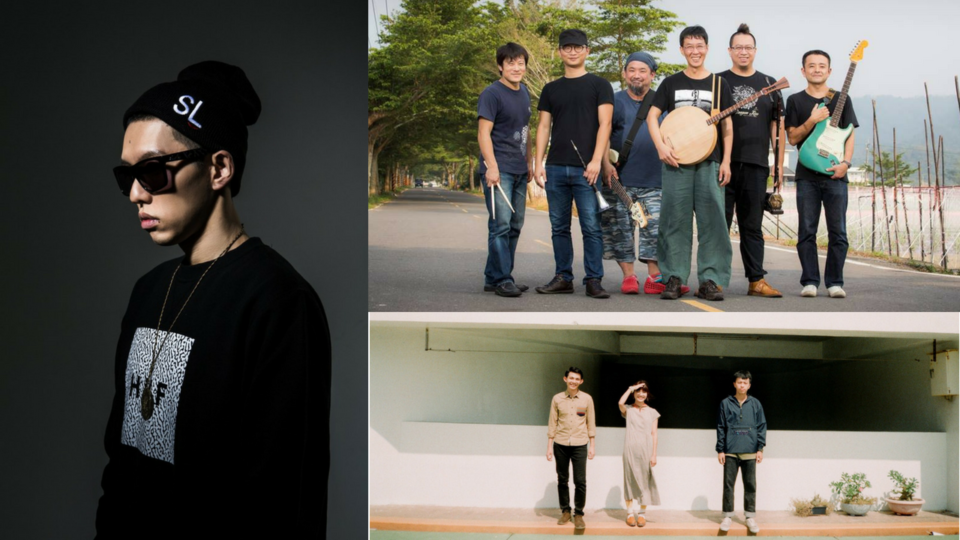 After a rollercoaster ride of sponsors dropping out last minute, a whirlwind Crowdfunding campaign on FlyingV and the announcement of a star-studded line up, New York’s annual Taiwanese Waves showcase  is powering through, and slated to have the run of the legendary Summerstage venue on the 7th of July (6PM-10PM). Despite all the obstacles, the Taiwanese Waves team has nevertheless outdone themselves, putting together a truly fantastic tasting platter of Taiwan’s best and brightest.

​This year, they’ve invited Math-rock youngsters Elephant Gym大象體操, critically acclaimed music activist legends Sheng Xiang Band 林生祥 and SoftLipa蛋堡, the rapper who revolutionised Taiwan’s hip hop scene with his chill raps. The team put together a short Q&A to gather the artists’ thoughts on New York, Taiwanese Waves and how they hope to cross cultural barriers. Although all acts received the same questions, comparing the three acts’ answers side by side truly show how different yet equally creative and unique their perspectives are.

Elephant Gym (EG):We haven’t been to New York before. But recently, Tell and Chia-chin love the TV show “Brooklyn Nine-Nine”, which takes place in New York. Since the show brought many laughs to us, we felt very connected to the scenes in the show that takes place on the street of New York, haha!

Sheng Xiang Band (SXB): It seems that one has to visit New York once in his lifetime.

Soft Lipa (SL): A place for all walks of life and also a place that also makes one feel at ease.​

Q2: How Many Times Have You Visited NYC? What’s On Your To-Do List?

EG: ​ We haven’t been to New York before. This is the first time! We would definitely go and experience the authentic American style burger and search for live performances that we might be interested in. Hopefully, we will have time to watch great artworks that are born under the most active and competitive environment. We would also love to perform in different environments, such as bars. That would be a completely different experience from the live house performance in Asia.

As of our show this time, we’ll bring our music video director Yen-Hsun Lee and dancer Yi-Ting with us to work on a secret project. Please look forward to the surprise we’re about to give to New York!

SXB: It’s my first time here. I guess I’ll have to make sure we have a wonderful show, watch an MLB game with friends or buy loads of second-hand vinyl.

SL: ​ It’s my fourth time in New York. I don’t really have anything special to do, but it would be great to hang around freely in the city with my family. Also, I want to try out Halal Guys this time.

Q3: What Kind of Waves Do You Think You Are?

EG: The waves under the sunset, with sparkles of golden light spills on them, which brings people peace and happiness.

SXB: The wave in paddy field.

Q4: What Do You Want To Show To New Yorkers From Your Summerstage Performance?

EG: The music style of Elephant Gym is mainly post-rock with no vocal, which is a style that has never been seen on the line-up of Taiwanese Waves in the past. Both of the bands that are performing together with us – Sheng Xiang & Band and Soft Lipa each have different styles with one another this time. For us, the unique songs, lyrics and music arrangement made Sheng Xiang & Band and Soft Lipa the most outstanding performers in Taiwan. We hope that we could make the audience in New York know the diverse and beautiful pages of the Taiwanese independent music. Also, we release all of our past works under the US indie label Topshelf Records. Except for our first show in Taiwanese Waves at SummerStage NYC this time, we will definitely arrange more tour and release plan in the future. Hope to see everyone really soon!
​
SXB: Our style of oriental rock.

SL: My English is not very good, but I will definitely bring good music to New York. ?

Taiwanese Waves will be held on the 7th of July at Rumsey Playfield, Central Park at Summerstage. Entrance is free and show runs from 6PM-10PM. Find out more here.