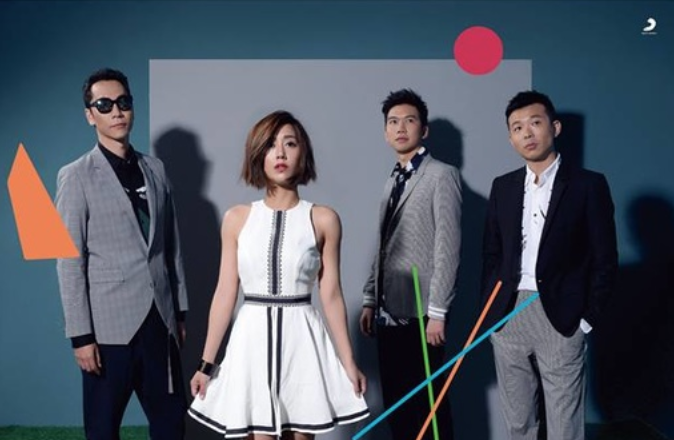 Does the name Men Envy Children ring a bell to you? Well we wouldn’t expect it to, but it’ll definitely be leaving a lasting impression on your ears soon enough. Composed of Vince, Mify, Hanz and Kai, Men Envy Children  are a unique addition to the Taiwanese music industry in the message they try to express. Their band name was inspired by a desire to dream without distractions just like little boys (and girls); a theme their debut album ‘Everything’ is built on. For each  of them, music is not what brings in the money (they are all from different professions), but it is a dream that they are determined to work towards no matter what.

We chatted with the band about their history, the themes of their album, and the messages they had for listeners.How did the idea for this band come together?

At the beginning MEC Band came together for our record company’s end-of-year dinner performance. At the time band leader Vince was the CEO of a media company; because he didn’t wish to have to joke around and cross-dress as a girl etc. , he came up with this idea and decided ‘Since we have to perform, why not do it like a pro’.

What is the story behind how all the members met?

The founding members of the MEC band are all colleagues at the same company, but in the process each of them had their own life plans; wanting to get a band together with members all within the same company is a feat not without its obstacles. In order to allow this band to continue functioning, Vince began to recruit members from within his media group and partners in media collaboration. Guitarist Hanz and drummer Kai joined the band during this period. In 2012 at a performance, MEC Band coincidentally collaborated with Roomie; Roomie member Mify’s vocal performance left a deep impression on us all, prompting us to invite Mify to join our band as our lead vocalist.

What would you like to convey through the release of this album?

In the 11 songs within our album ‘Everything’ what we would like to say is all about the attitude that our members use to face life; we’ve tried to express the foundational emotions of being ‘human’. These kinds of emotions do not change because of status, skin colour, religion or political views but yet encompass our anticipation of dreams, our expectations within relationships, the jitters we get from encounters, and our sentiments towards saying goodbye…we hope that every single person who listens to our music will be able to find that it resonates with them in some way.

What is the direction of this album?

It should be categorised as pop music, mostly because what our members listen to the most and are most familiar with is pop music. And producer Skot Suyama’s speciality is also in dealing with pop music.

How many tracks are in the album, and are there any outstanding points about it that you would like to be mentioned?

In total, ‘Everything’ has 11 songs, and we are all extremely satisfied with each and every piece so it is hard to pick out a couple that we especially love. At the moment the entire album has already been released onto the market, and is available on KKBOX, Spotify and other music platforms where you can listen to the entire album. Because of this, please directly listen to it and reply us with a couple of your thoughts on the album.

What kind of feelings would you most like to see audiences take away from this album?

We don’t have any particular specifications for this, but we hope that when listeners hear our songs they feel a connection. When listening to our music maybe they will think of a certain person, a certain memory, or in their weak and vulnerable moments, find strength in our music.

All members of this band are all in the arts industry in one way or another. What words of advice would you have for any dreamers working towards their goals?

The chasing of dreams does not happen overnight, but instead is the end of a life of practice. If there is one thing that causes you to feel deeply entranced by it, then please continue to unendingly think of ways to allow this thing to give birth to value. What we are talking about is not to give up everything to chase this ‘dream’, but to find a way to allow this ‘dream’ to be incorporated into your life. To us, our album ‘Everything’ is not the ending point of our dreams; it is but a milestone on the journey to our dreams.

Men Envy Children小男孩樂團 debut album ‘Everything’ is in stores and available on KKBOX and Spotify and other music streaming platforms as of the 15th of May, 2015.