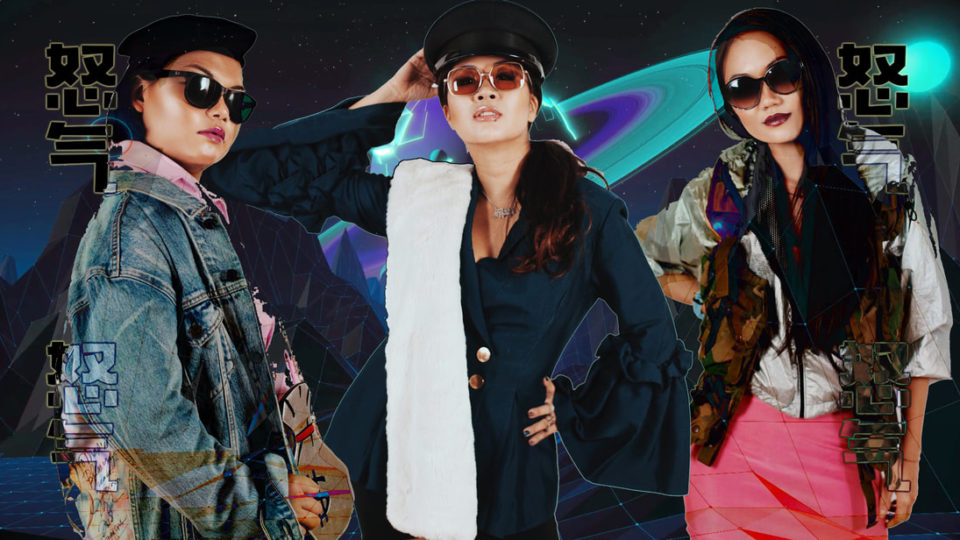 Q&A with Masia One & C.O.W 牛 – An East-Meets-West Collaboration For The Ages

Inspired by a joke amongst friends, Singaporean rappers Masia One, Supa Mojo and General Ling have teamed up with German-Chinese producer team C.O.W to create a track that is larger than life. Bringing together the oft-opposing elements of positive, feminist messages and trap-heavy beats, the tracks combines the best parts of the many worlds this band of creatives have been exposed to across their lifetimes. We spoke in particular to German-Chinese production team C.O.W and Far East Empress Masia One to get their unique takes on their East-meets-West philosophies, and how this latest collaboration fits into it.

1.Tell us a little more about your new single ‘General Ling’! What’s the concept behind this bilingual, avant-garde production?

Masia One: I have met many people in my journeys that are passionate but tend to lose their way from lack of bravery to pursue their dreams. I imagined for this song “What if we all had a Dajie (older sister) that gave us the right advice that we trusted, and could steer us in the right direction?” Then I realized, we must all be our own Dajie, and take care of ourselves.

C.O.W: Since C.O.W. 牛 is a project, which redefines itself through each production, it was a thrilling experiment for us to work together with the amazing Singaporean artists Masia One, Supa Mojo and General Ling. Our concept was just to have fun producing things we haven’t done before.

2.‘General Ling’ is a really star-studded collaboration. How did it all come together, and how did everyone add to the final product?

Masia One: I was at Navigator studios in Klang, Malaysia when I received the beat from C.O.W. and loved it immediately! The vibes and frequency make you feel fury and peace at the same time. My talented friends Supa Mojo and General Ling herself were around so I told them my concept and asked if they would lend their voices to the track. I knew Supa Mojo has sweet poetic lyrics and a strong Hiphop delivery. As well, General Ling has been an artist that I have watched grow: from the fury of being underestimated, to the success of emerging as an artist in spite of the odds against her. She in essence embodies my ideals around “General Ling”, so we named the track after her.

C.O.W: It is indeed. You could call it the new Higher Brothers, haha. I think Masia and us have been following each other’s work for a long time. After some funny back and forths over socials, we were all feeling this could go somewhere great, so we gave it a go. Masia and her team and fellow creators were so kind to lend us their beautiful voices and skills on the beat.

3.[For Masia One] You perform this song in both English and Mandarin, with a large portion in Mandarin. What is it that inspired you to write bilingually?

Masia One: Actually most of the Mandarin portion is performed by Supa Mojo and General Ling. I only throw some slang in Chinglish. I think when a song has a strong vibe, like this one, it doesn’t really matter the language you can feel the emotions through the flow and frequency of the song. Also I remember hearing about China being concerned about Hiphop & Trap music being bad for the youth because of the negative messages – so why not contribute to change that stereotype? It’s still a trappy Hiphop song with a positive message.

​4.Both of you are acts that cross borders with your music. What is it that inspires you to be fearless in playing with both Eastern and Western elements in your music?

Masia One: I am known as the Far East Empress, not only because I am born in Singapore, or that I grew up in Canada – but because I am a cultural ambassador to bring West and East closer together through music, art and creative pursuits. If things are framed creatively, sometimes people begin to realize we are a lot more alike that our prejudices allow us to believe. Also I love Poutine and Hokkien Mee equally.

C.O.W: The joy to create multi-medial art, which haven’t been there before. The reason we picked Eastern and Western element is due to the fact that those are our origins. Therefore, it has a huge influence on our art.

5.[For C.O.W牛] We hear you created your own genre of music called ‘Internet’. How would you describe it, and why did you call it ‘Internet’?

6.[For Masia One] You come from a very diverse background, having travelled the world and experienced all kinds of sounds and cultures. How has this influenced your works and philosophy? In particular, what was it that inspired you to reconnect with your Asian roots?

Masia One: There was this time I went to see a gangster psychic, who was apparently Tupac’s ex-girlfriend. She told me I was running all around the world, learning all kinds of cultures and things…but my destiny was to bring back everything I learned to show the place where I was born. I didn’t believe her. Through a change of fates I ended up in Singapore 5 years ago, and only recently learned that my great grandmother is actually from Indonesia where she was kicked out to Thailand for operating one of the biggest gambling rings. Ahhh feels good to know where that hustle came from.

A serendipitous collaboration between so many strikingly different yet effortlessly feminine individuals, ‘General Ling’ is a single that brings to the fore what all these strong independent female artists has to offer; pressing past doubt and relying on mutual support for everything to come together. A East-meets-West collaboration for the ages.

‘General Ling’ is now out on all major streaming platforms. Check it out here.