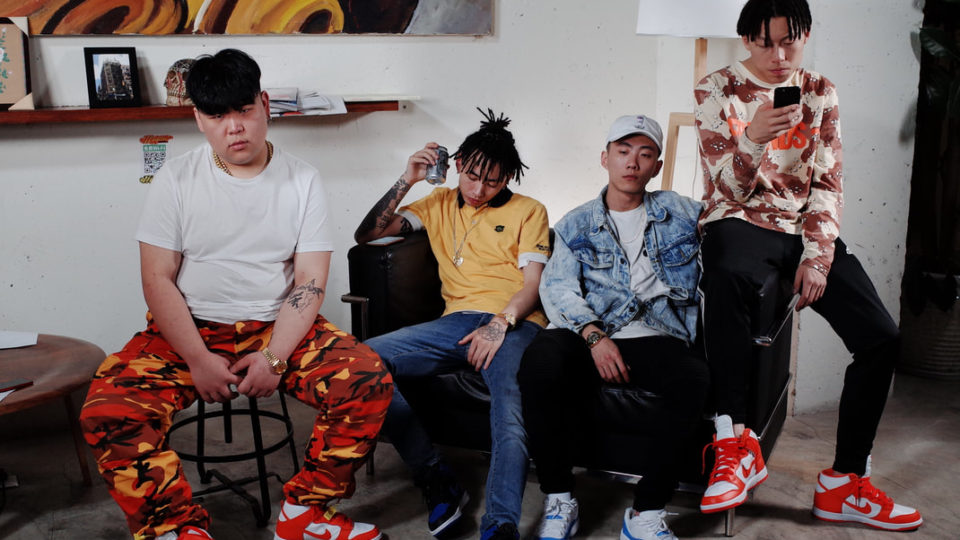 Q&A with Higher Brothers (88Rising) – Bringing Wechat to the World

In 2016, 88Rising a media platform which has since its debut garnered a reputation for unearthing some of Asia’s most classed-up hip hop acts (Rich Chigga from Indonesia, Keith Ape from Korea) introduced a new group to their bad-ass posse: a motley crew of Chinese natives who call themselves the Higher Brothers. Upon releasing a couple of tracks, the Higher Brothers’ style of East-meets-West hip hop started to catch the attention of Western viewers worldwide, amassing millions of views apiece.

While many a Mandarin-speaking pop star has tried, struggled and ultimately been unsuccessful in truly entering the Western music market, the Higher Brothers have thus far done the unthinkable, taking the internet by storm with Chinese language rap that has little packaging to soothe ethnocentric naysayers. Instead, the group, dubbed the first to make it past the ‘Great Firewall of China’ derive inspiration from their modern Chinese upbringing; mixing it with Western style hip-hop of the highest quality to create pure, unadulterated good hip hop. I chatted with the group in lieu of their appearance at Hong Kong’s Clockenflap festival in November this year about their rise to internet stardom, and how it all began.

1. Last year, Higher Brothers were featured on American music platform 88Rising, and quickly shot to international acclaim. Did you ever think that something like this would happen?
A: Can’t say we expected it at all, we can only say we’ve imagined it.

2. Although a lot of people know who Higher Brothers are, less know about your background. How did you guys meet?
A: The four of us joined Chengdu’s rap club, and afterwards stayed in the studio. Then we began to make a lot of music, that’s how this all started.

3. 88Rising was the platform that brought Higher Brothers to international attention. How did they discover you?
A: At a party Howie Lee put on our music and someone from 88rising heard it and asked for our email. From there we began communicating.

4. Your music incorporates elements of Eastern culture such as Wechat and 7-11, but follows Western techniques. How did you come up with this style?
A: We like Western music but lead Eastern culture-influenced lives, this is how our music organically was created.

5. What kinds of things inspire you?
A: Anything can bring us inspiration, a quote from a friend, a visual from the television, a phone call.

6. Which musicians do you appreciate and hope to work with in the future?
A: Migos、ASAP Rocky、J Cole、Kendrick Lamar

8. How did you come to the decision to take your Chinese hip hop to the rest of the world? You’ve attained many milestones other Asian artists have been unable to attain, can you share which of them you are most proud of?
A: The success of Keith Ape gave us a lot of encouragement, we realised that language is not a problem. As long as the music is good everyone will like it. A milestone that allows us to be proud hasn’t yet been achieved.

9. If you could say something to any musicians who want to take the international music world by storm, what would you say?
A: Working (Writer’s note: See their song ‘Workin’ below)

10. We hear you’ll be performing at Clockenflap in November this year, what are your thoughts on this performance?
A: We’re really happy, this is a stage which many have their eyes on; its bigger, more professional and we’re really excited. This time we will definitely bring a higher performance.

Although playing ten questions with the boys have barely scraped the surface of their story, the guys are nevertheless to be applauded for their ascension to visibility in such a short amount of time. Their insistence on doing music their way; with organically-infused elements of modern Chinese living has allowed the world to see a different side of China than what is often presented by mainstream media. Like one of their most famous singles ‘Wechat’; the Higher Brothers’ rhymes incorporate themes unfamiliar to the global community, but are phrased-through their visuals and style-in ways that are easy to understand. I hope that their confidence, their swagger and their authenticity is enough to continue bringing their music to even wider audiences, who in return will be exposed to great music, and an even greater appreciation for Eastern culture.

Higher Brothers will be performing at Clockenflap, Hong Kong’s largest and most renowned Music and Arts Festivalfrom the 17-19thNovember 2017. Their debut album ‘Black Cab’ is now available online on iTunes, Spotify, and everywhere else.