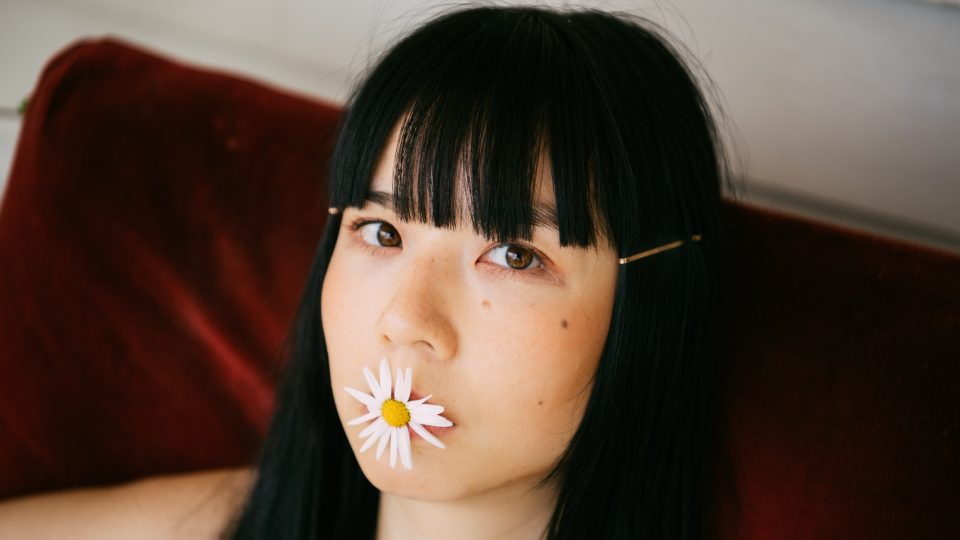 By Jocelle Koh
Photos by Michelle He / @michelle.psd

This article is part of our ‘Smoke and Mirrors’ article series featuring female creatives. Check out the rest of the pieces in the series here.

Melbourne-based DJ Small FRY aka Vivan Vo is a jack-of-all-trades. Wearing many hats as an artist manager, DJ and event curator, the Vietnamese-Australian creative has been an inextricable part of the local music scene –especially its Asian diasporic subset over the past five years.

Some may know of her through her managerial work with prolific Asian-Australian artists Rainbow Chan and Yeo, while others may have heard her soothing voice over local indie radio station Triple R where she hosts late night show ‘Mooncake’. No matter where or in what forms her efforts have influenced the scene, Smallfry always channels a vibe of quirky, quiet determination combined with superhuman organisational skills that thinly veil a calm exterior.

We had the pleasure of inviting her to create a mix for our Smoke & Mirrors article series, and the even greater honour of picking her brain over her many hustles. Head down the bottom to put the mix on while you read on!

1. What are you listening to at the moment?
My Mooncake playlist haha. I’m compiling all the songs I play on the show and I’m updating it weekly:
https://open.spotify.com/playlist/3bEbbUP28XiXrUuyxkzwVU?si=9qEJl9beQDqRt6m3g6tqfw

But also Spotify tells me these are my most listened to songs during lockdown:

2. How did you get into DJ-ing in the first place?
My ex-housemate is a DJ and had gear in house I could practice on and another friend was also learning so I kind of followed along and picked up the hobby too. The first gig I DJ’d was a friend’s 30th birthday party. Now DJ-ing has grown into a side-hustle.

4. You’re hosting a brand new show called ‘Mooncake’ on Melbourne independent radio station Triple R! Tell us a little about how the idea came about.
In DJ sets, I play K-pop in commercial sets and Chinese rap in hip-hop sets and it always goes down well. When I started presenting on Triple R, I was playing a lot of Asian music and really enjoying it. The more shows I presented, the more thought I could definitely present a show with 100% Asian artists. I pitched the concept to the station and they loved the idea too.

5. How has reception for the show been so far? We think it’s super important for making Asian music accessible in Australia.
The show has been received well. I’m really enjoying sharing music that I love.

I’ve been receiving positive messages from friends who are Asian, saying the music is nostalgic to them or reminds them of childhood or that there are so much amazing Asian artists they never knew about. Visibility is super important, for Asian-Australians to see themselves represented in music and hearing contemporary music in their homeland languages.

I’ve also received lovely messages from artists from Philippines and Taiwan who I’ve played on the show thanking me for playing their songs. It’s been really great to be able to share Asian music on an Australian platform and break down borders in connecting music from Asia to a broad audience.

And I’ve told many times that my radio voice is soothing and very ASMR.

6. We hear you only got into Asian music relatively recently. Can you share a little about how it happened, and what drew you to the scene?
I’ve been a fan of artists who have crossed over like Yuna, Yaeji and Joji for awhile and I’ve been obsessed with K-pop for about 3 years now. But I only started discovering Chinese hip hop, Mandopop and J-pop mid last year. I’ve DJ’d a few of diverse multicultural events and have had to research for specific music briefs. Once I found VaVa, Vinida and Lexie Liu it’s hard not to keep deep diving for more. Lately I’ve been looking for more Cantopop.

7. Can you tell us a little about the Asian diaspora music scene in Melbourne?  How would you describe it?
There are so many amazing Asian-Australian artists in Melbourne and we tend to support each other pretty heavily once we find each other. We all want the community to keep growing bigger.

Some Asian-Australians in Melbourne I want to shout out –

8. What advice would you give to Asian diasporic artists who are starting their careers in a western music industry?
It’s important to have a strong sense of self and owning your identity. Don’t worry about being “token” and just play the diversity card. If you don’t take the opportunity, it will be given to some other yt person. Use the platform to represent Asian and diasporic artists and be visible to your community.

9. You wear many hats as a manager, DJ and event curator. Any time management tips to share?
Get your socials in order:

– Consistent branding across Facebook, Instagram and Twitter
– Secure the same handle for all social platforms e.g @smallfryhq !
– Curate different content for different social platforms
– Connect social platforms, streaming platforms and website all together with links and in bios
– Regularly update media kit with press shots, bio and one-sheet
– Self-manage yourself first before seeking external management and learn what to expect from a manager and what you need, first hand

10. As a manager, do you have favourite zines, blogs or platforms that you can share?
Asian Pop Weekly!

But also from these platforms based in Australia are very supportive of POC and diverse artists and create innovative and cool content: Liminal Mag, Frankie Mag, Shapes & Sounds, FAINT Audiophiles.

With an ear for unique sounds and a keen mind for navigating the politics of Asian representation, Small FRY is a petite powerhouse whose efforts inspire and demand inclusion in a society where such instances are rarely a given. In such sensitive situations where resources are limited while creativity is unbridled yet necessary for diverse representation, Vo’s pragmatic attitude and deep passion for what she does are true assets like no other.

Follow Small FRY on all her exploits on her Instagram. Listen to ‘Mooncake‘ hosted by Small FRY every Wednesday evening at 10pm-12am SGT/12am-2am GMT on Triple R.